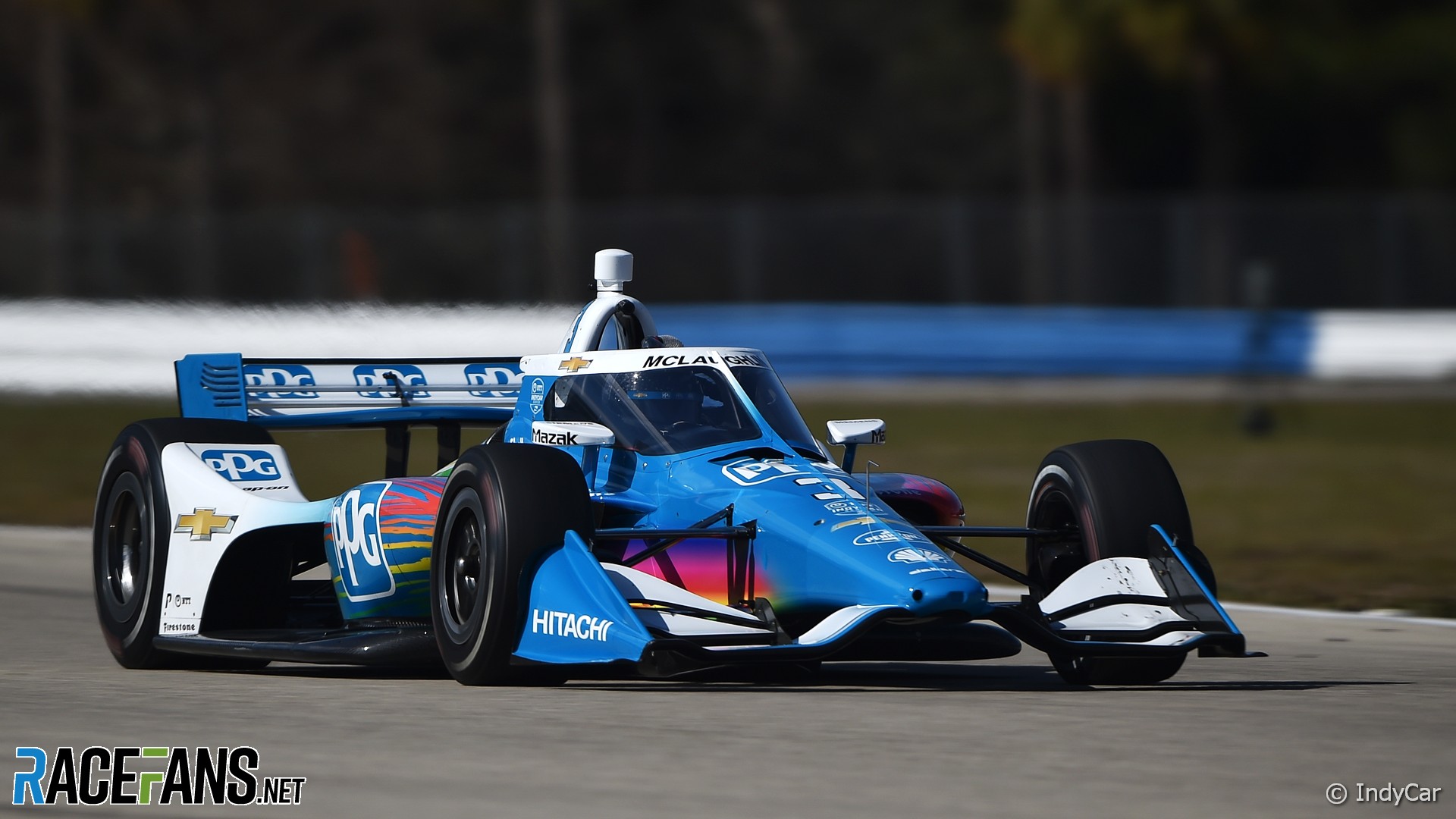 IndyCar testing resumed at the Sebring circuit in Florida yesterday where Penske and McLaren SP ran their new drivers for the 2021 season.

Australian Supercars champion Scott McLaughlin, who made his debut for Penske in last year’s season finale, made his first appearance in a new blue and white livery. He joins Josef Newgarden, Will Power and Simon Pagenaud in the team’s line-up this year.

Meanwhile former Ganassi driver Felix Rosenqvist appeared for McLaren SP alongside Pato O’Ward. The pair an an interim livery on their cars.

Also present at yesterday’s test were Andretti, with cars for Alexander Rossi, Ryan Hunter-Reay and Colton Herta, plus Carpenter’s Conor Daly and Rinus VeeKay, and RLL’s Graham Rahal in a plain black chassis.

The new IndyCar season is due to begin at Barber Motorsports Park on April 18th.