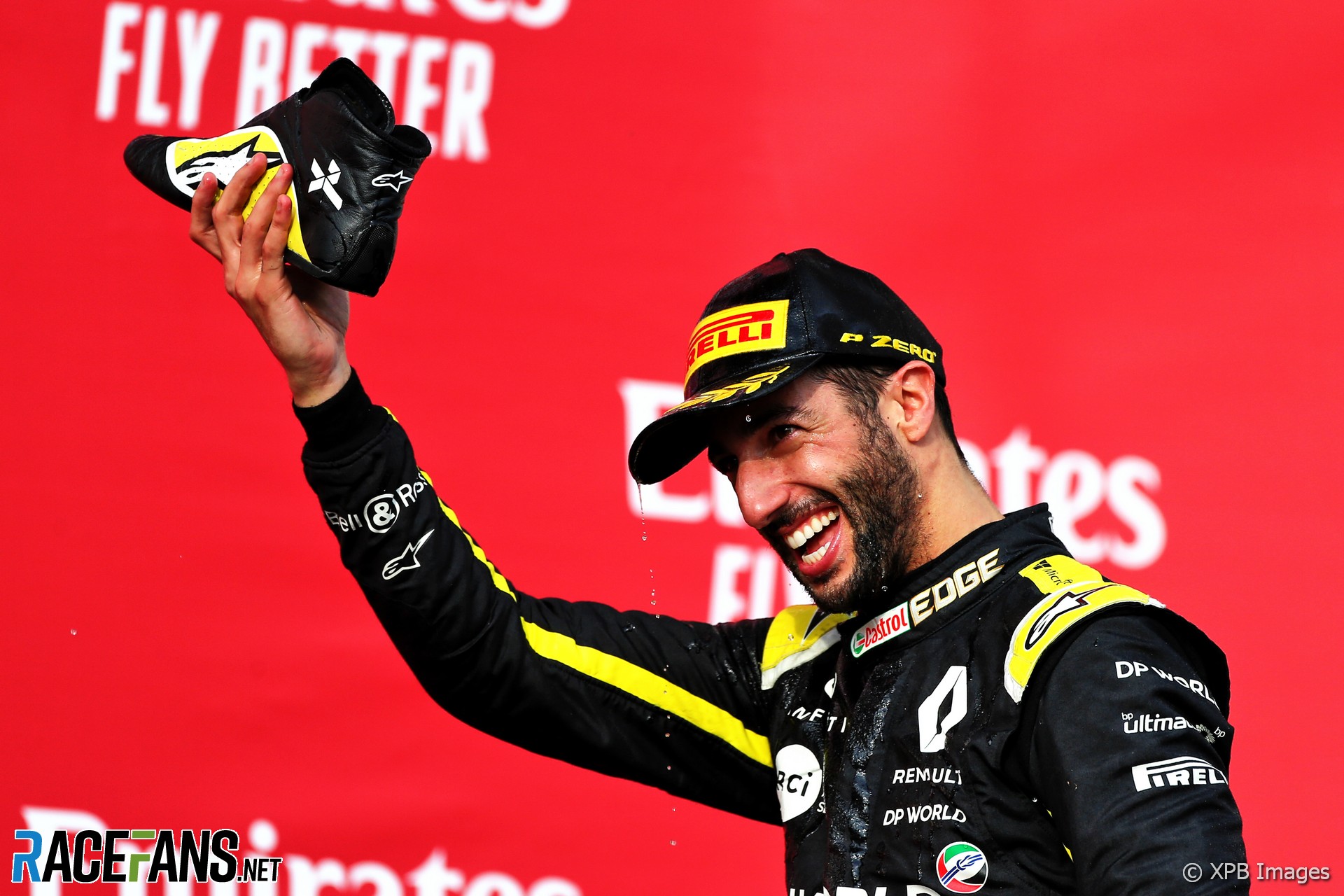 During the void which sprang up between the intended and actual start of the 2020 season, Daniel Ricciardo announced he would leave Renault at the end of the year to join McLaren.

This made the season something of a damned-if-you-do, damned-if-you-don’t affair for the driver who struck out from Red Bull to join Renault less than two years earlier. Either he’d enjoy a successful year and spend it batting away questions about whether he’d done the right thing by deciding to leave, or be doomed to another uncompetitive season.

Although former transpired, to begin with it looked like being the latter. Renault didn’t start the season in great shape – Ocon and Ricciardo managed just three points scores each from the opening six races.

He ran outside the points in the opening stages of the season-opener and was out by lap 17 with a radiator problem. Minor points places were his reward in the next two rounds.

Fourth in the next race at Silverstone seemed to indicate progress, but it was aided by a spate of late tyre failures for some of his rivals. Ricciardo failed to score in the next two grands prix.

From the Belgian Grand Prix, however, Renault’s season came alive. Ricciardo led the charge brilliantly: He qualified in the top three rows eight times and led the midfield home on four occasions – this with a car which was the fifth-quickest on average. At Spa he took fourth on the grid, despite a brake-by-wire problem in qualifying. He finished there too, starting a run of points finishes which lasted until the end of the season.

For a while it seemed his limit was fourth place. He took the position for the third time at Mugello having run as high as second following the final restart, but being unable to keep the quicker cars of Valtteri Bottas and Alexander Albon behind.

Renault’s podium breakthrough came at the Nurburgring. Ricciardo patiently found his way past Charles Leclerc, then resisted Sergio Perez’s Racing Point to put the team back on the rostrum for the first time in almost a decade. He returned two races later at Imola, courtesy of a well-judged call not to pit during the final Safety Car period, this time with a fresh-tyred Daniil Kvyat chasing him hard.

Ricciardo was seldom troubled by team mate Esteban Ocon, who did score the team’s best result of the season in somewhat fortuitous circumstances at the Sakhir Grand Prix, but took until the final race of the year to out-qualify his team mate in a dry session.

Aside from a few errors – a crash in qualifying at Algarve and first-corner tangle with Ocon at Istanbul (which Valtteri Bottas also had a hand in) – this was another highly accomplishes season by Ricciardo, who demonstrated he still belongs in a front-running car. But the nagging question remains whether he’s just manoeuvred his way out of one.