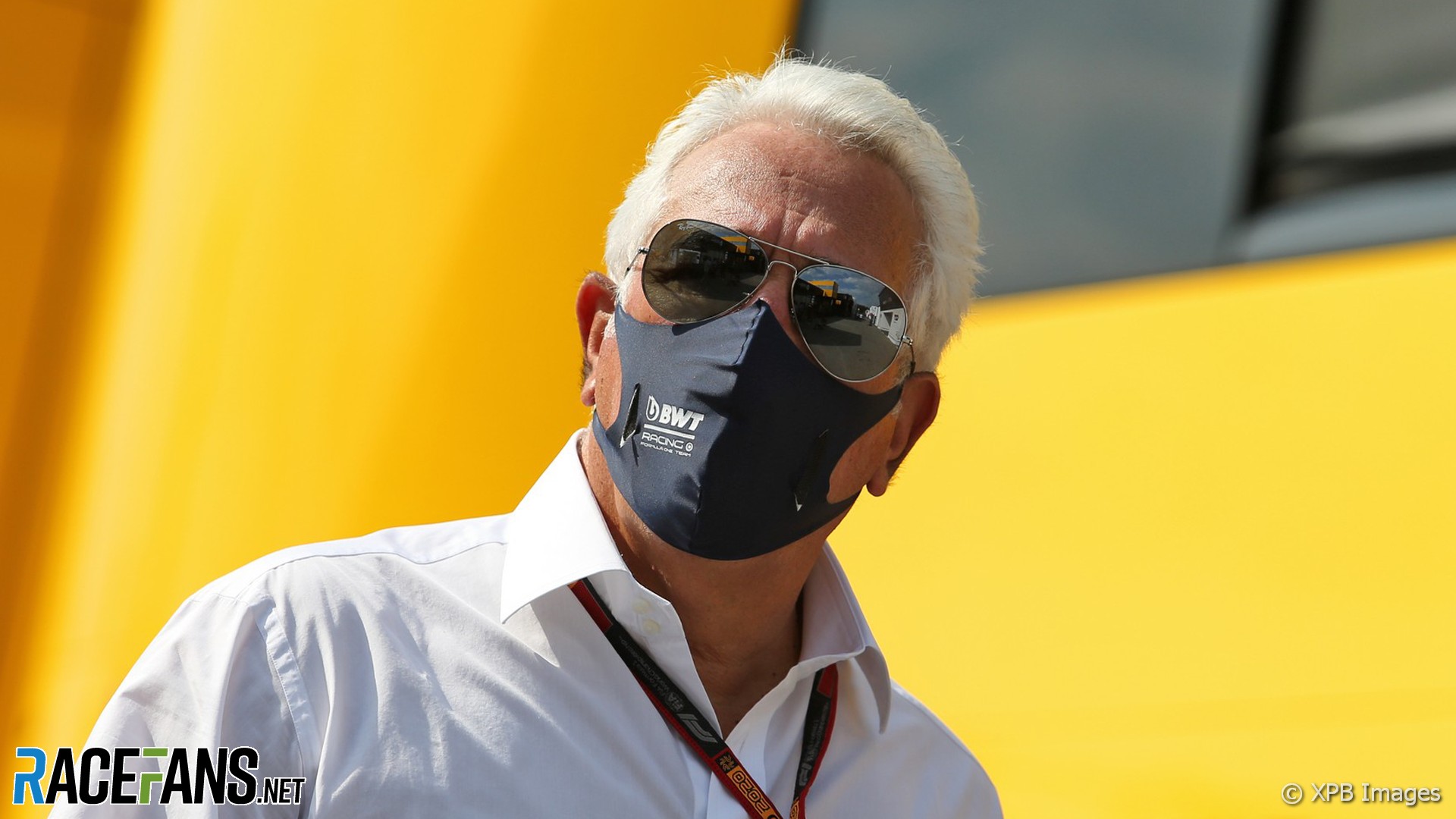 In the round-up: Aston Martin owner Lawrence Stroll rubbished an unsubstantiated rumour published elsewhere which claimed he was considering selling the team.

He described a rumour claiming he might sell it to a Chinese consortium as “absolute bullshit and totally untrue”, according to an Aston Martin spokesperson, who added he “couldn’t be more excited about, and sincerely believes in, the team’s long-term future success.”

"The series put me in the spotlight. I'm not saying it was thanks to Netflix that I got a seat in F1, but it gave me extra help."

"The Italian press has reported that Flavio Briatore’s Force Blue, the 63.22-metre explorer yacht built by Royal Denship in 2002, has been acquired in auction by former Formula One boss Bernie Ecclestone for €7,490,000."

A message from the president (F1 Grand Prix Drivers Club)

Emanuele Pirro: "I was in Melbourne, for the Australian Grand Prix which had been cancelled the night just before first practice and it was a surreal situation. However, Formula 1 managed to run a complete season crowning Lewis Hamilton and Mercedes Word Champions in a spectacular way. What a remarkable achievement to run 17 races in such a situation! It has been possible thanks to the massive effort of the many people (not so many after all) of F1 and FIA, who worked day and night, developed new strategies, took risks, and managed to bring a great season home. Well done to them, on behalf of all the members!"

"Tyre management is definitely critical at this level,” he continued. “I think I improved in that area last year, I learned about the warm-up procedure and how to maintain the tyres so that they last longer in races."

Is Piastri the next Ricciardo? (Racer)

"I was expecting F3 to be sort of a two-year pathway I guess, and it’s ended up being just one. So I would say probably two years in F2, but if F2 does go as well as F3 and I manage to pull off a similar feat, then obviously that would put me in pretty good stead for 2022."

The new owners of Williams have kept the team’s name – but should they have?

May we all lament the day when Williams was sold and the last remaining family team in F1 ceased to exist, and remember it as the day F1 stopped being about motor racing passion and became purely about corporatization and money.

As to the personal comments of nepotism and so-on. Maybe you’ve got to start your own family business to understand what it really means and why it happens. Selling out your business to outsiders is essentially selling out your family.

Personally, I’d rather have seen the Williams F1 team name disappear with the ownership. It won’t ever be ‘the’ Williams team ever again.
S