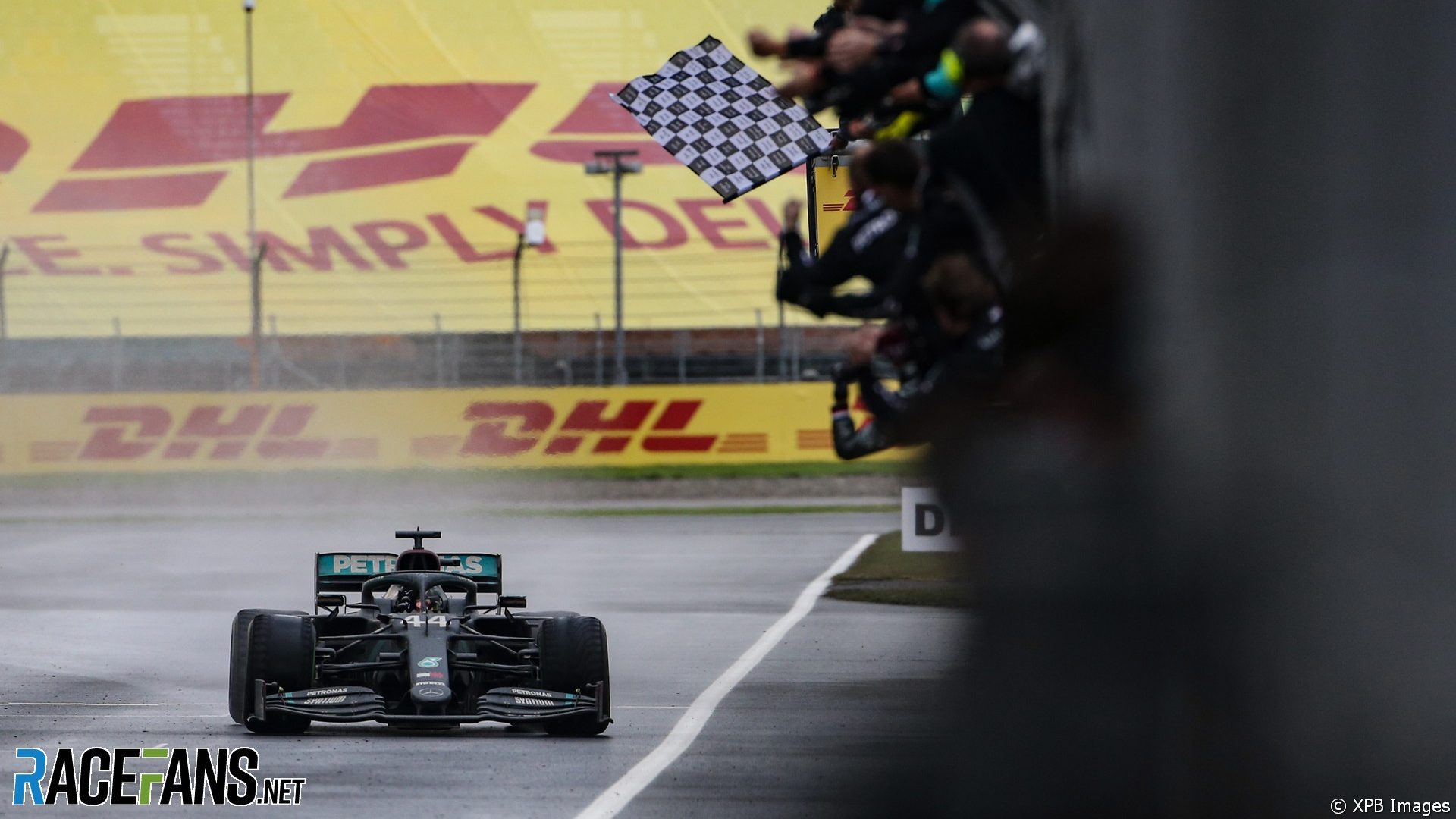 Hamilton clinched his seventh world championship with victory in the rain-hit race from sixth on the grid. The combination of a track surface which was already slippery due to late resurfacing work plus the wet conditions made for an extremely challenging race.

His victory ensured he equalled Michael Schumacher’s record of winning seven Formula 1 titles. Brawn, who oversaw much of Schumacher’s success at Benetton and Ferrari, said it was a clear demonstration of Hamilton’s driving skills irrespective of the dominance of his Mercedes team.

“Lewis drove a brilliant race,” said Brawn in an exclusive interview for RaceFans. “If anyone questions that ‘he’s got the best car, he ought to win’, they ought to watch that race because that was a masterpiece.”

Hamilton took the chequered flag over half a minute ahead of the rest of the field. While some drivers were highly critical of the low grip conditions, Brawn said there were lessons F1 could learn from the unusual circumstances of the race.

“We had some very negative comments about the grip levels and the conditions,” he said. “And we had one of the greatest races of the year.

“I think everybody took something away from that. It was interesting to me to see the more experienced drivers come to the fore there.”

Brawn said the race also showed that slowing the cars down – as is expected to happen when new technical regulations are introduced for the 2022 F1 season – may help improve the quality of racing.

“That’s another thing that we’ve sort of taken into consideration, that it doesn’t necessarily follow that producing the fastest lap time is going to produce the best race,” Brawn added.