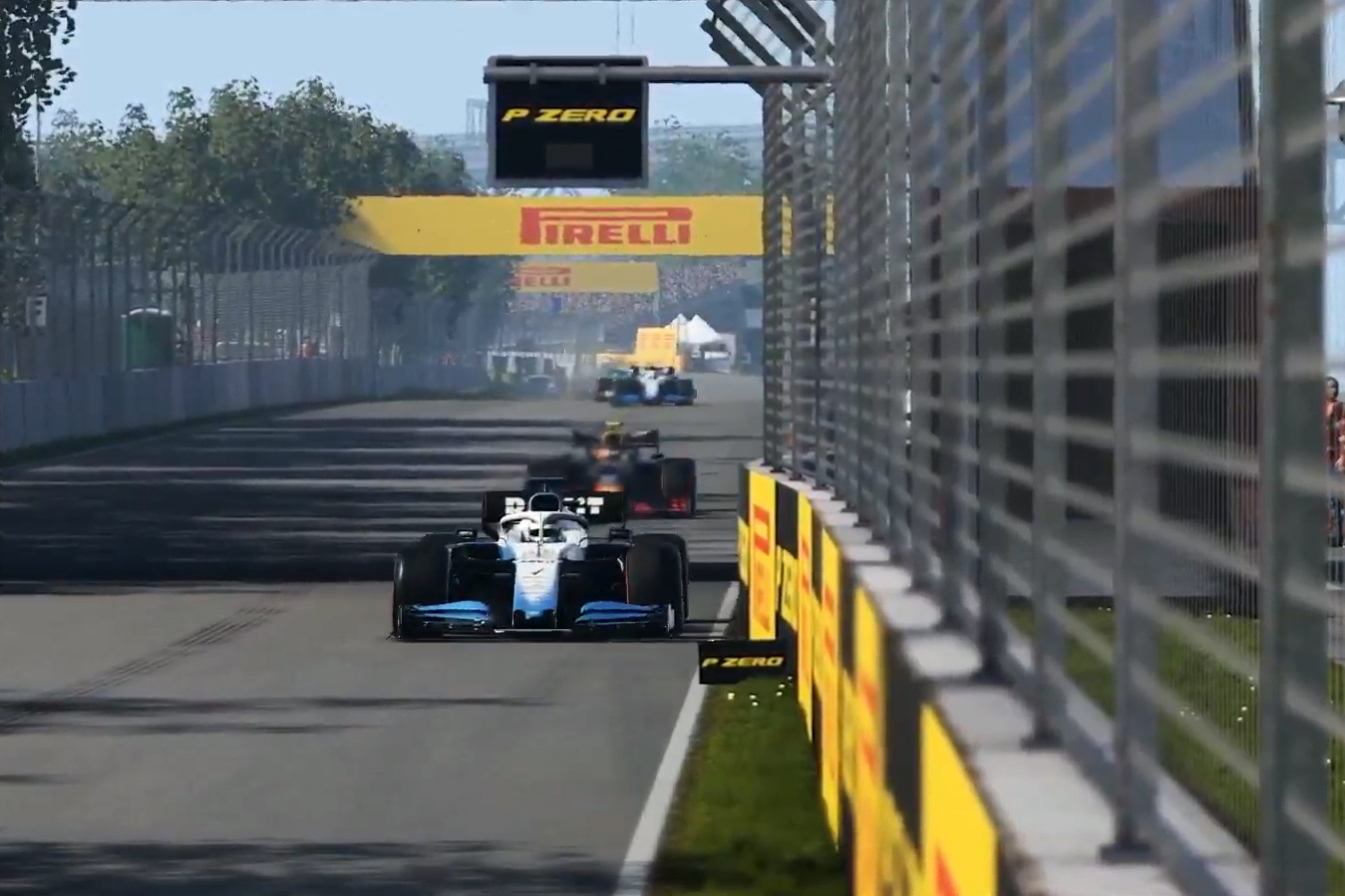 The Virtual Grand Prix series, which Formula 1 launched when the pandemic forced a four-month delay to the start of last year’s season, will return again on Sunday.

With the 2021 F1 season due to begin with testing on March 12th, a trio of virtual races have been scheduled across the coming three weekends.

Since the last Virtual Grand Prix seven months ago the new edition of the official Formula 1 game has appeared. Instead of F1 2019, the new series will therefore race on F1 2020.

But the organisers are not taking advantage of the opportunity to race on either of the new circuits added in the game – Zandvoort or Hanoi – the latter at any rate absent from the real 2021 F1 calendar. Instead the Red Bull Ring will host the opening round, followed by races on Silverstone and Interlagos over the following weeks. These should at least offer good opportunities for racing, the Brazilian track having produced the highlight of last year’s series.

The switch to the 2020 game means AlphaTauri’s competitors will appear in the correct livery (they had to use Toro Rosso cars last year). However new-for-2021 teams Aston Martin and Alpine will have to use their 2020 identities of Racing Point and Renault respectively.

The format of the races and lobby rules will be largely unchanged from last year. That means races will be half-distance and some driver assists permitted.

In one of the biggest changes, the starting order will not be set by a qualifying sessions. Instead each team’s official Esport Pro Series drivers will take part in a sprint race to establish the starting order. These five-lap races will be run to a different set of rules, with all driver assists disabled.

As last year the competitors will include a mixture of current and past F1 drivers, young racers plus other sportspeople and celebrities. The series never attracted more than eight current drivers to a single race last year, and that contingent dwindled to just four by the end of the season.

For the opening race of the new championship only two current drivers – the Williams pair – have been confirmed, but F1 promises more 2021 season drivers will appear in future rounds.

George Russell was the ‘unofficial champion’ last year and won the final four rounds in increasingly dominant fashion. Nicholas Latifi, the only driver to cover every lap of the 2020 competition, will return alongside him.

Two other drivers who raced in F1 last year, Alexander Albon and Pietro Fittipaldi, will also return, for Red Bull and Haas respectively. Fittipaldi’s team mate will be his brother Enzo, who is part of Ferrari’s Driver Academy.

Ferrari will turn to two other FDA members to fill their cockpits: Arthur Leclerc – F3 driver and brother of the team’s real-world driver Charles – and Marcus Armstrong. Renault will also run two of its junior drivers: Christian Lundgaard and Formula 3 champion Oscar Piastri.

While the original series was devised as a means of sustaining F1’s profile and providing entertainment to its fans as the world locked down in response to the pandemic, it has been revived partly to raise money for charity. A $100,000 prize pot is on offer which will be divided between teams’ chosen charities based on where they finish.

Sunday’s event will be broadcast across F1’s official social media platforms. It begins at 6pm, with the Esports drivers’ sprint race at 6:10pm and the main event due to start at 6:30pm.