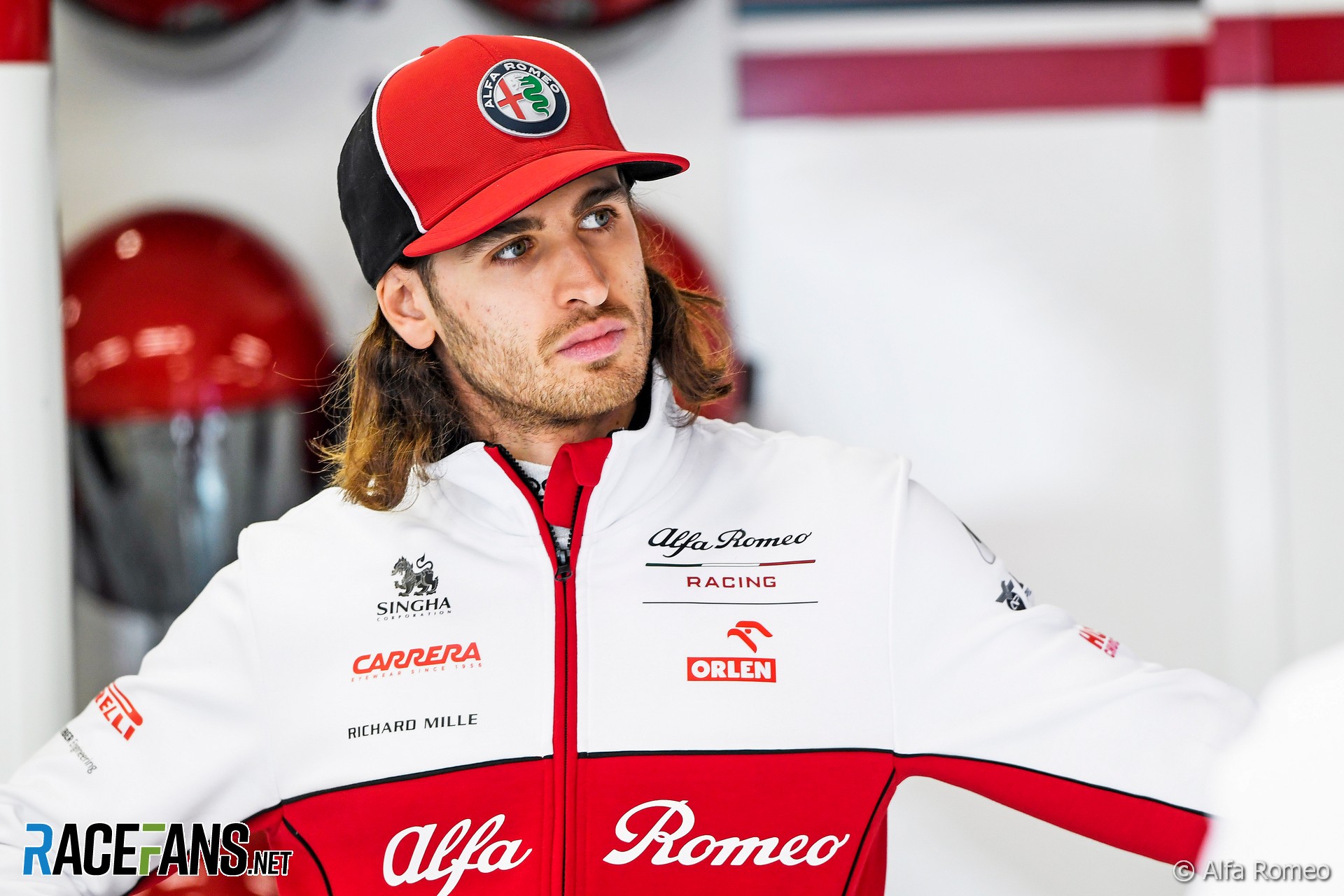 In 2019, Antonio Giovinazzi’s first full season of Formula 1, he performed well enough to justify another year in the sport, but not so well that he stood out as an obvious star of the future.

His second season in F1 was much the same. There was a discernible improvement in Giovinazzi’s pace in qualifying and races which justified Alfa Romeo keeping the faith in him, particularly given how uncompetitive their 2020 contender was. But at the same time it was clear that, however long in the tooth Kimi Raikkonen may be, Giovinazzi’s veteran team mate remains a cut above him on pure race pace.

Raikkonen had to catch Giovinazzi first, however, and the younger driver did a good job of ensuring he began races as well as possible. He narrowly won the qualifying battle 9-8, steadily improving as the year went on, and beat his team mate by at least three-tenths of a second at each of the final three rounds.

On top of that, Giovinazzi’s starts were consistently strong – he gained four or more places in at least half of all races. His average gain of 2.8 places was the best of any driver all season, and by some distance. Giovinazzi made a net gain of 48 places on lap one over 17 races, ahead of Kevin Magnussen (38) and Nicholas Latifi (22).

His pure race pace remains an area where improvement is still needed, however. Often Alfa Romeo felt the need to get involved when Raikkonen appeared in his team mate’s mirrors. Giovinazzi was told to make way for the team’s other car in each of the first two rounds, again at Monza and might have done so at Spa had he not crashed while Raikkonen was breathing down his neck.

That was the low point of a campaign which began promisingly. Giovinazzi must have thought he was in for a better season when he took advantage of rivals’ retirements in the Austrian Grand Prix – including Raikkonen losing a wheel – to rise from 18th to finish ninth. But it turned out to be his best result of the year.

He didn’t score again until the Eifel Grand Prix. Giovinazzi impressed on F1’s return to the Nurburgring, where he made another of his excellent starts, held on to 11th place and resisted Sebastian Vettel’s attacks in the Ferrari. He followed Raikkonen home for his final point of the year at Imola.

They ended the season level on points, but Raikkonen finished ahead almost twice as often. Giovinazzi’s improvement was tangible, but it’s a trend he needs to continue and ideally accelerate in 2021.