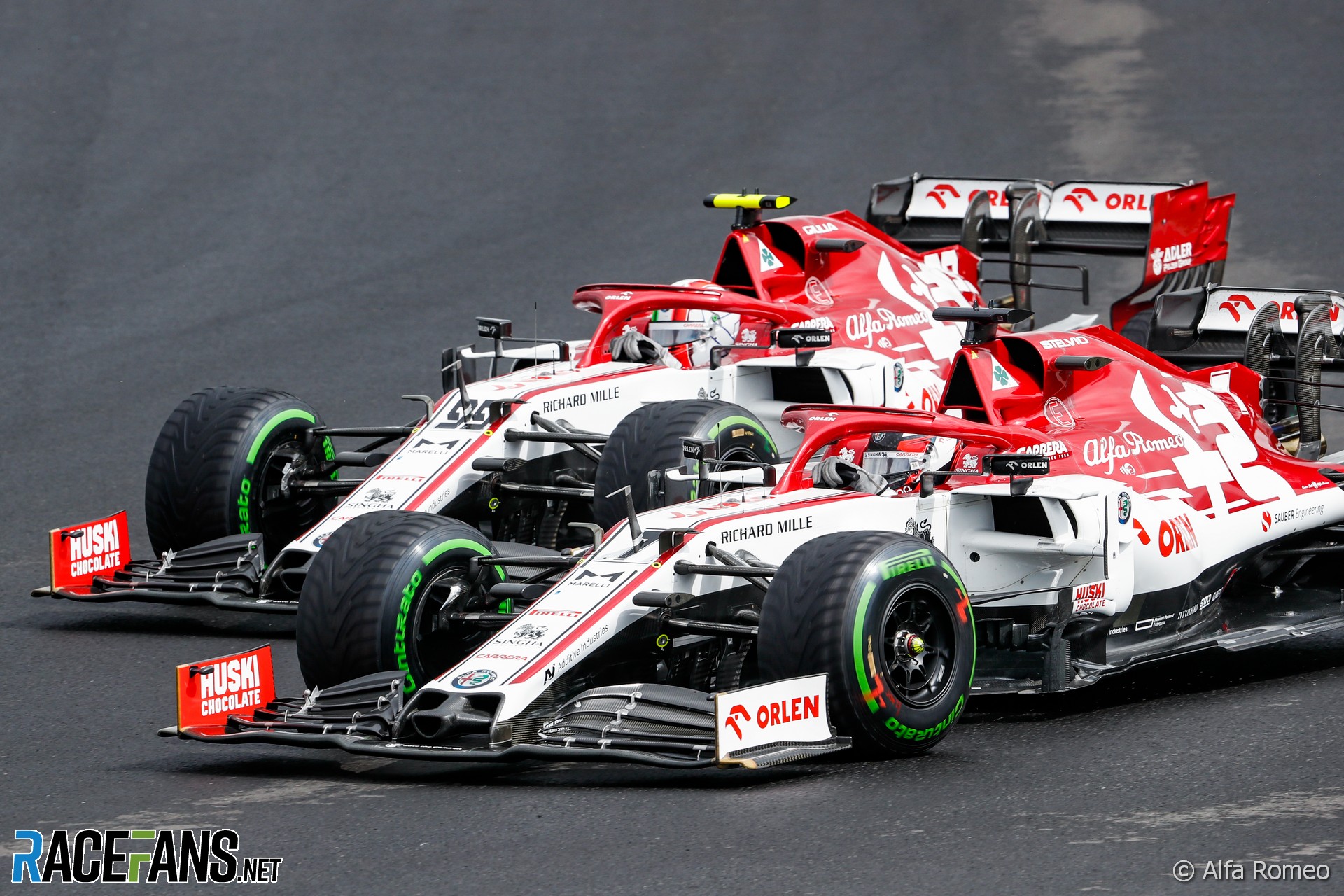 Before this year’s heavily delayed championship began it seemed a realistic possibility that, come the end of it, Alfa Romeo would opt for an entirely new driver line-up for the 2021 F1 season.

Kimi Raikkonen remains a force to be reckoned with but he set a new record for starting more races than anyone else this year, so retirement is clearly in his near future.

Team mate Antonio Giovinazzi, meanwhile, had struggled to distinguish himself in the midfield during 2019. With no fewer than five Ferrari Driver Academy members vying for promotion from Formula 2 this year, he needed a good season in 2020 to justify his continued presence in Formula 1.

While the delay to the season’s start played to his advantage in that respect, Giovinazzi also measured up better against Raikkonen in every respect compared to last year, which he can be proud of. It may well have clinched his continued presence in the team while the FDA’s F2 champion Mick Schumacher makes his debut with Haas next year.

In outright qualifying pace, Giovinazzi narrowly tipped the balance in his favour, though like last year there was very little in it. Giovinazzi averaged just five hundredths of a second quicker than his team mate in representative sessions.

In the races, Giovinazzi’s performances were notably better than last year, though he wasn’t always able to hang on to the higher places his consistently excellent starts propelled him to. He managed to score more points with what was clearly a much less competitive car than last year. As Alfa Romeo had only the eighth-quickest car on average, how well their drivers scored was strongly influenced by how many of those ahead of them retired, and Giovinazzi is somewhat flattered in this respect.

The general pattern from last year remained, however. Raikkonen was more impressive in the races than Giovinazzi. There were multiple occasions where he ran behind his team mate in the early stages but caught him, prompting the team to move Giovinazzi aside. At Spa the younger driver crashed heavily while Raikkonen was breathing down his neck.

Over the balance of the season, Alfa Romeo had two closely matched drivers, which can give them confidence they were extracting the best from the largely uncompetitive C39. The fact they were able to trouble the works Ferrari team on occasion bears that out, and justifies their decision to keep the same line-up for next year.

Positive gap: Antonio Giovinazzi was ahead; Negative gap: Kimi Raikkonen was ahead