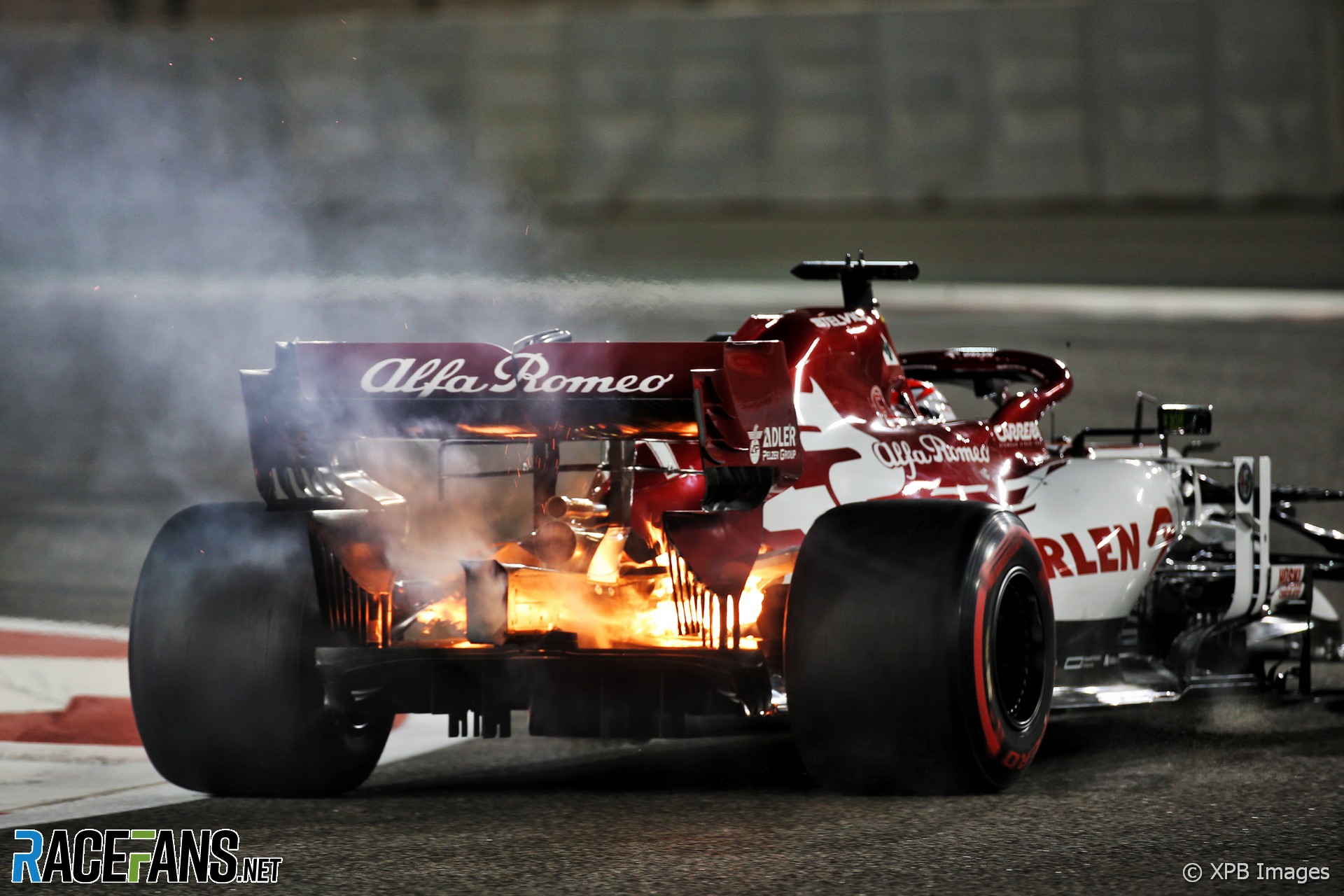 Kimi Raikkonen said he wasn’t concerned about the fire that gripped his Alfa Romero during the second practice session for the Abu Dhabi Grand Prix.

The Alfa Romeo driver was forced to pull over after the fire broke out at the rear of his car.

“There was nothing scary about it,” he said, “it was just a shame that it caught on fire. And then obviously it gets all messy with the extinguishers to try and put the fire down, it’s one of those things.”

Raikkonen was seen helping his mechanics with the repair job on his car following the practice session. His team were due to change his power unit overnight before the fire, and he said it isn’t clear yet how the damage might affect his race weekend.

“Obviously, there is some damage, I think hopefully it’s mainly bodywork but we’ll see. It’s a different engine and gearbox that we run tomorrow but it’s just a bit more work for the guys.”

The fire curtailed Raikkonen’s running in second practice, which is the only session held after nightfall, and therefore offers the most representative running on Friday at Yas Marina.

Raikkonen said “it’s impossible to say” how competitive Alfa Romeo are likely to be. “Things seemed to work pretty okay. Obviously, the end wasn’t great and we couldn’t do many laps on our more high fuel runs.”

9 comments on ““Nothing scary” about fire during practice – Raikkonen”