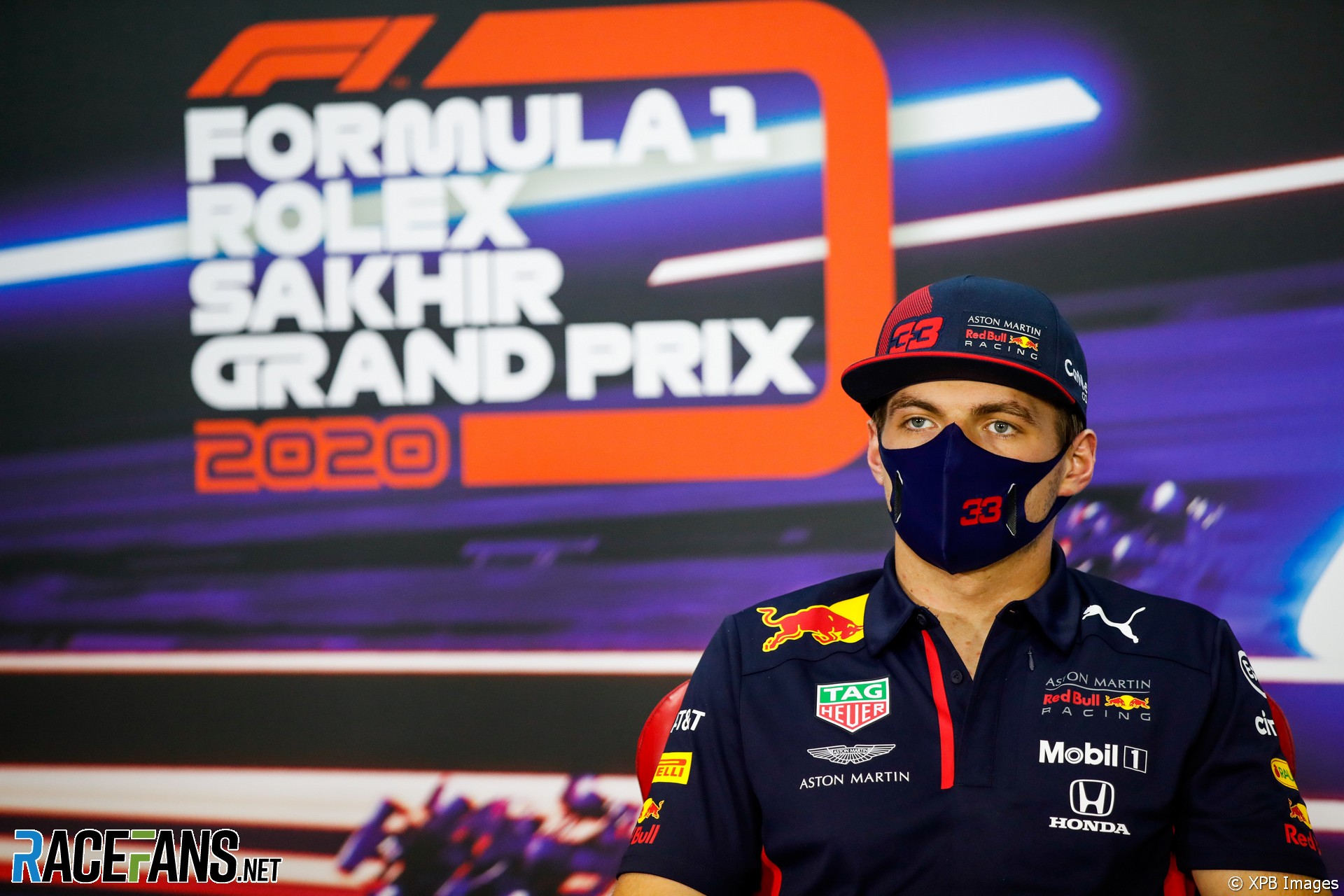 The world champion has won 11 of the 15 races so far this year, but will not race this weekend after testing positive for Covid-19.

His place in the team’s line-up will be taken by George Russell. The Mercedes junior driver has won praise for his performances at Williams, and Verstappen expects strong competition from him and Valtteri Bottas.

“There is no Lewis but there is still Valtteri and George driving the fastest car in the field,” said Verstappen when asked Hamilton’s absence will give Red Bull a better chance this weekend. “So it will still be very tough and not easy, especially with the layout we have.

“Lap times will be very close with the guys behind us from last week. I don’t expect it to be easy out there.”

Formula 1 is racing on the Bahrain International Circuit for the second weekend in a row, but using the shorter ‘Outer’ circuit, which has fewer slow corners.

“It will only help the cars which have more power,” Verstappen predicted. “I expect it to be a little more difficult for us.”

Lap times lower than 54 seconds have been predicted for the circuit. where drivers may touch the brakes just four times per tour. Verstappen said the circuit is unusual by F1 standards.

“I think it’s definitely a bit of a stand-alone layout,” he said. “It’s quite sandy and it’s not used a lot, that area. But it’s a new challenge, it’s different, so let’s see what it gives us.”

Due to the many acceleration zones on the track, teams are expected to run Monza-style low-downforce set-ups for the race.

“I really hope it’s not going to be like Monza, but we have to wait and see,” said Verstappen, who qualified nine tenths of a second off the pace at the high-speed Italian circuit three months ago.

“The track is a bit different compared to Monza,” he explained. “There are still a few kind of corners where you can make a bit more of a difference.

“At Monza you run really low downforce, everyone runs very low downforce, so you just really lack on the straights. I think here there will be a bit of difference in terms of downforce levels. But let’s hope and pray it’s going to be better.”