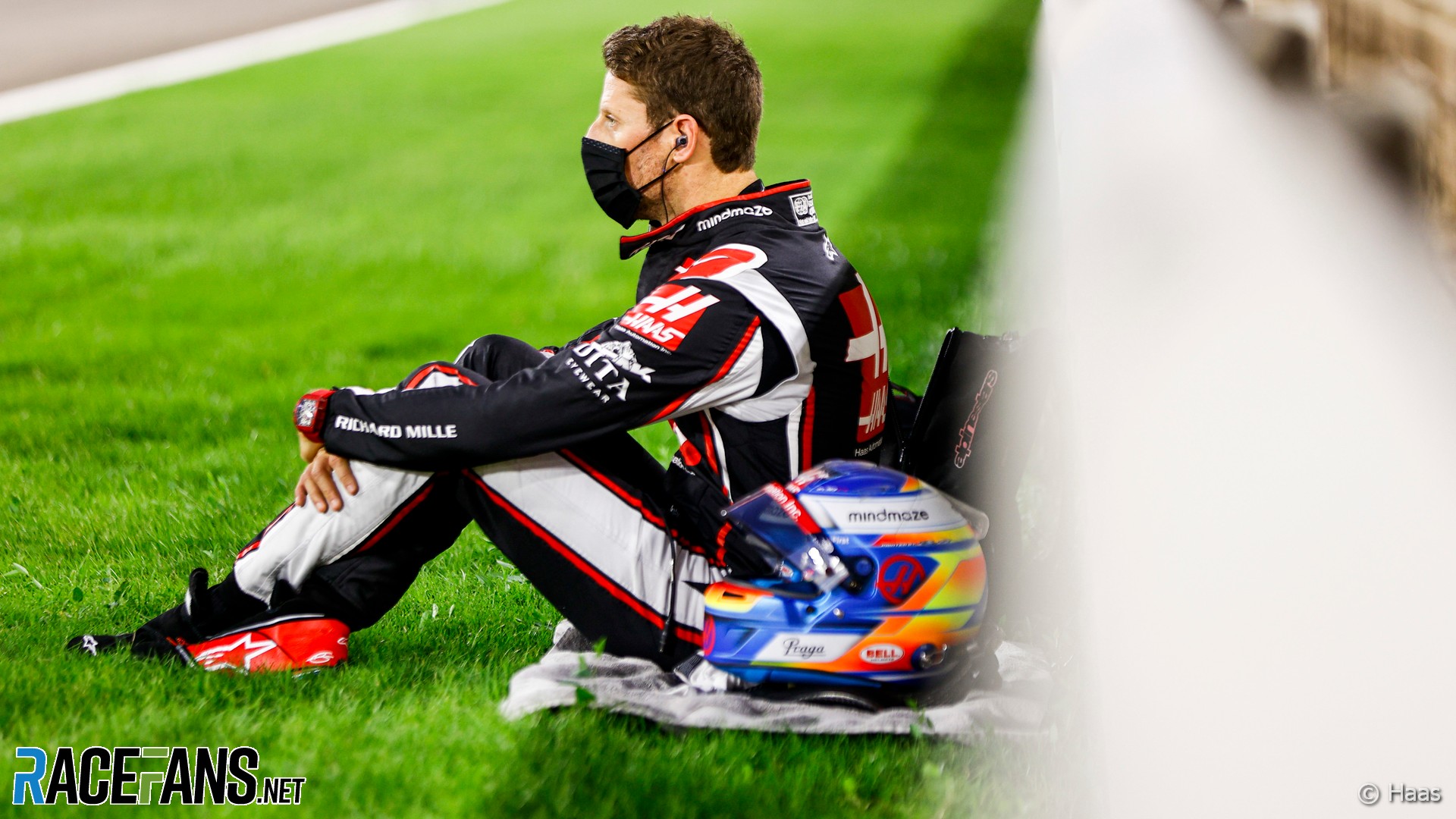 In the burning wreckage of his Haas VF-20, yet remarkably still conscious despite a fearsome 53G impact, Romain Grosjean took 28 seconds to emerge from the flames. It must have felt like much longer.

His survival was a testament to the many advances in driver safety equipment which have been made over the years. One of which was his crash helmet which is supplied, like those of many other drivers on the grid, by Bell.

The most obvious role a driver’s crash helmet plays is shielding them from impacts and, unusually in the case of Grosjean’s crash, fire. The manufacturer’s initial inspection of the interior and exterior of Grosjean’s helmet indicate it “performed exactly as it was expected to perform in such circumstances,” Bell CEO Stephane Cohen told RaceFans.

Footage of the crash showed Grosjean’s visor appeared opaque after he emerged from the conflagration, suggesting it had been melted by the intense heat. Cohen explained it was actually the tear-off strips which had been affected by the flames.

“In terms of the fire resistance everything behaved normally,” he said. “The visor was perfectly fine.

“The only thing that melted were the tear-offs that were stuck on the external side of the visor. That rendered the visor quite opaque, especially on the left side of the helmet when the fire was coming.”

Grosjean has described how it took him three attempts to escape from his burning chassis. While he was literally fighting for his life, the burning wreckage posed another hazard besides the extreme heat – smouldering particles of ash and soot.

Working together with his layers of fireproof clothing, Grosjean’s helmet helped protect his lungs from the kind of damage Niki Lauda’s suffered in his terrible crash at the Nurburgring in 1976.

Cohen says Bell is “very proud” of how their helmet worked in this respect.

“Once you are standing still there is very little circulation of air coming from outside to the inside of the helmet which is a very important area for us. That’s where Bell can proudly say that not only do we meet but we exceed the standard expectation.

“Because in this kind of accident, when you stay more than 25 seconds in the fire, you’re liable to inhale some hot gases, vapour fumes that will create lung damage. And it didn’t happen. Nothing went inside the helmet. So we are very happy with the way the helmet performed in these unexpected conditions.”

The performance of Grosjean’s helmet is just one of the reasons he was able to walk away from a crash which initially appeared unsurvivable. It is now being studied by the FIA, along with other evidence, to piece together exactly what happened and learn what further improvements can be made to keep drivers safe in future crashes.

“As a community – the FIA, the helmet manufacturers and everybody involved in safety – we can be proud that although there was a massive deceleration, Romain was always conscious,” Cohen believes.

“He wasn’t knocked out by the impact and he was able to walk out of the car, as everybody knows. Can you imagine if he had been unconscious? It would have been a totally different result.”

An in-depth analysis of how Grosjean survived his Bahrain crash will appear in this week’s edition of the RacingLines column, which will be published later today on RaceFans.