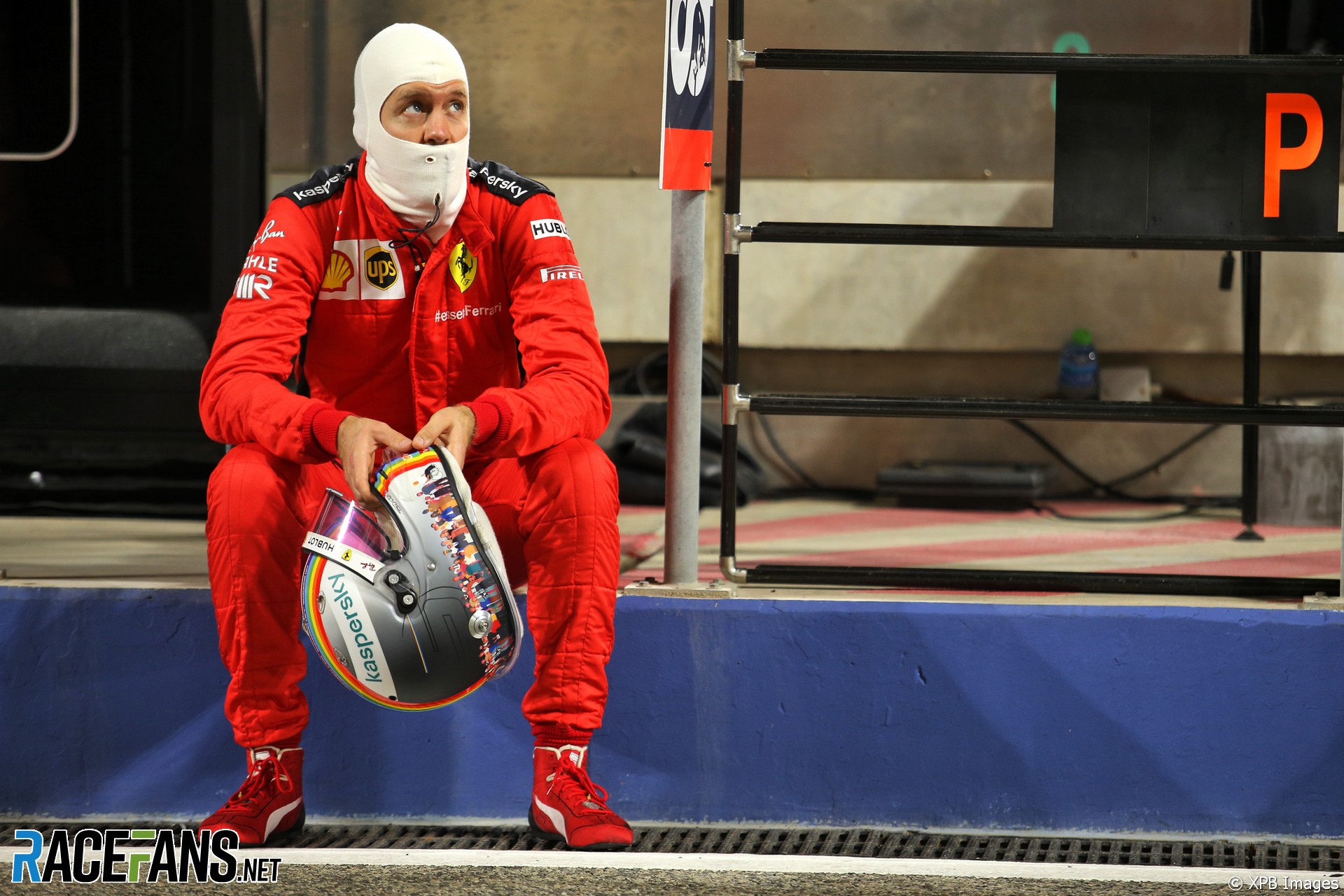 Sebastian Vettel admitted it was difficult for him to get back into his car after seeing Romain Grosjean’s crash at the start of the Bahrain Grand Prix.

The race was stopped for almost an hour and a half while the crash scene was cleared and barriers repaired after the Haas driver’s huge shunt at turn three. Vettel said he repeatedly asked his team about Grosjean’s condition after the race was red-flagged.

“First I didn’t understand. Then obviously I saw the fire and then I was asking all of the time if he’s out and they said they don’t know. And that was a bad feeling.

“Obviously once I jumped out of the car and I realised he’s out that’s the main message of the day. I hope he’s as good as he can be. I don’t know how he managed to get out because the car seemed to catch fire immediately.

“It wasn’t easy to get back in but I think it was probably best to get straight back in rather than wait for a week.”

Footage of the crash was shown repeatedly in coverage of the race during the break. Vettel said he tried not to watch it.

“People like to see this stuff, I guess, otherwise the director or whoever wouldn’t show it again and again and again. People like crashes and maybe sometimes they forget that we are behind the wheel. So I guess you could say it’s part of the show. So that’s why I disappeared and tried not to look at the images too much.”

The Ferrari driver said he was concerned to see Grosjean’s car penetrate the barrier and catch fire.