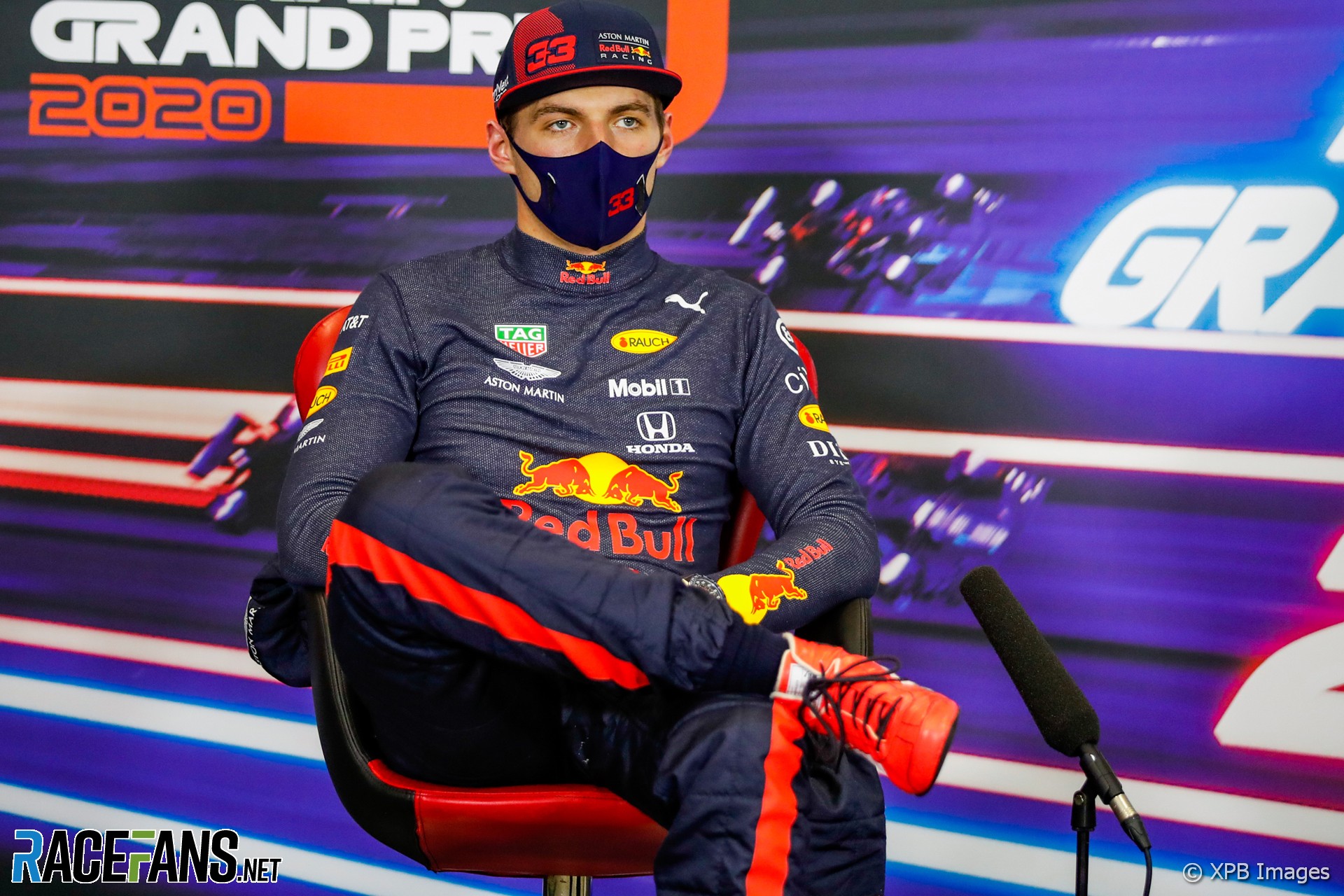 Max Verstappen rejected a suggestion drivers should be given the option of not continuing to race after a serious crash.

Today’s Bahrain Grand Prix was red-flagged for almost an hour and a half after Romain Grosjean crashed heavily at turn three.

Grosjean was shown to have emerged largely unscathed within a few minutes of the crash happening. However drivers including Sebastian Vettel and Daniel Ricciardo raised concerns over the number of replays of the crash which were broadcast by Formula 1 during the suspension.

However Verstappen dismissed the idea drivers should be given the option to pull out of races after serious crashes happen.

“I don’t get why you wouldn’t race,” he said. “If I would be the team boss I would kick him out of the seat.

“If the guy wouldn’t race, if I would be the team boss, I would tell him ‘then you never sit in the seat again’.”

Responding to the same question, Lewis Hamilton said the question of whether it’s safe to race is a matter for the sport’s regulators, not the drivers.

“We’re not the safety regulators,” said Hamilton. “We’re here to do a job and we rely on the FIA who are aware of safety and we trust them implicitly. So no, I don’t think so.”

Last year’s Formula 2 race at Spa-Francorchamps was cancelled, along with the following day’s race, after a crash which claimed the life of Anthoine Hubert. Jack Aitken, who was involved in the race, said drivers should not be expected to compete following major incidents.

Responding on social media to Verstappen’s comments, Aitken said: “I don’t wish upon anyone the experiences that would make him realise how wrong he could be.”

“It’s not anything more than saying we’re all human, and that scene was traumatic, especially not knowing Romain’s condition immediately,” he added. “We’re here to race, yes, but not under any circumstances. Knowing he was okay certainly made it a lot easier for them, I’m sure.”