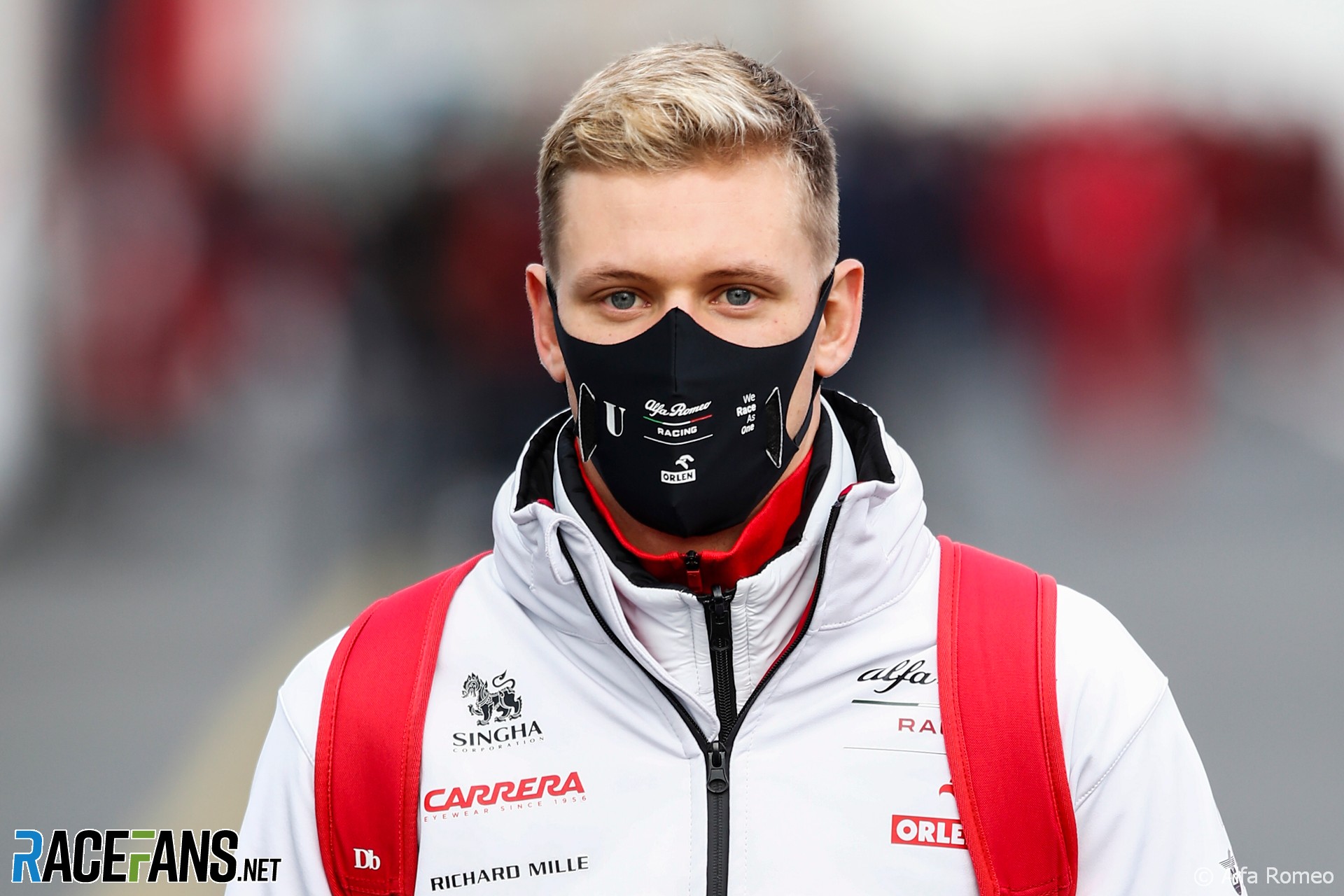 Mick Schumacher has been tipped by Haas driver Kevin Magnussen to thrive at the team if he makes his Formula 1 debut with them next year.

Haas has previously confirmed Magnussen and team mate Romain Grosjean will not be retained for the 2021 F1 season.

Speaking on the In The Pink podcast, Magnussen said he was impressed by Schumacher but isn’t sure what team owner Gene Haas and team principal Guenther Steiner have planned for the team next year.

“I think depending on who they announce, there are some young drivers out there that really are good drivers. I think Schumacher has got to be on the list. I don’t know these things, neither Guenther or Gene tell me any of this but I’m assuming that Schumacher is on the list. I’ve met him and talked to him and he seems like a very bright young lad and obviously he’s a big talent, he’s leading the F2 championship and driving brilliantly.

“So I think he, certainly, is going to be good, whatever he brings in terms of deals with him. I’m sure just in the driving and his his ability, I think he’s going to be great for the team.”

Magnussen’s team mate Grosjean has said “financial reasons” explain why the team is replacing both its drivers. Haas, a Ferrari engine customer, may be able to agree more favourable terms with its supplier by running Schumacher, a Ferrari Driver Academy member.

Schumacher is widely expected to be confirmed at Haas before the end of the Formula 2 season. His team mate is tipped to be F2 rival Nikita Mazepin, who brings substantial backing courtesy of his billionaire father Dmitry.

But Magnussen dismissed suggestions he and Grosjean are losing their seats to ‘pay drivers’.

“It’s really difficult to define a pay driver because I think all drivers bring with them some sort of commercial value,” he said. “There are drivers that just pay a cheque and then get their seats, there’s some drivers that families have money and they can buy teams and really go flat-out like that.

“But I think all drivers, even the very good ones, bring with them some sort of commercial value, whether it be partners that the drivers have, that then follow them into the teams and support the teams if the driver is the right one.

“Whoever sits in the other car, I think they they will need someone that brings some sort of package with him and I don’t know who that’s going to be. It would surely be better if you have some experience but I think there’s some young drivers, Schumacher included, that could make up for that and get on top of it quickly.”

Magnussen said the value of a driver in F1 is trickier to define than in other sports, where contracts have transfer value. “I think it’s tough when the driver is responsible for such a big part of the commercial package. In football it works easier because the players are owned by the clubs and the clubs buy them off each other and they go on loans to other clubs.

“So you know that you have a value as a player; if you are in a club, then that club will have to sell you to another club because you are a value, an asset for them. So that’s not how it works in Formula 1, unfortunately. But that will never change. That’s how it is, motorsport is difficult in that way.”