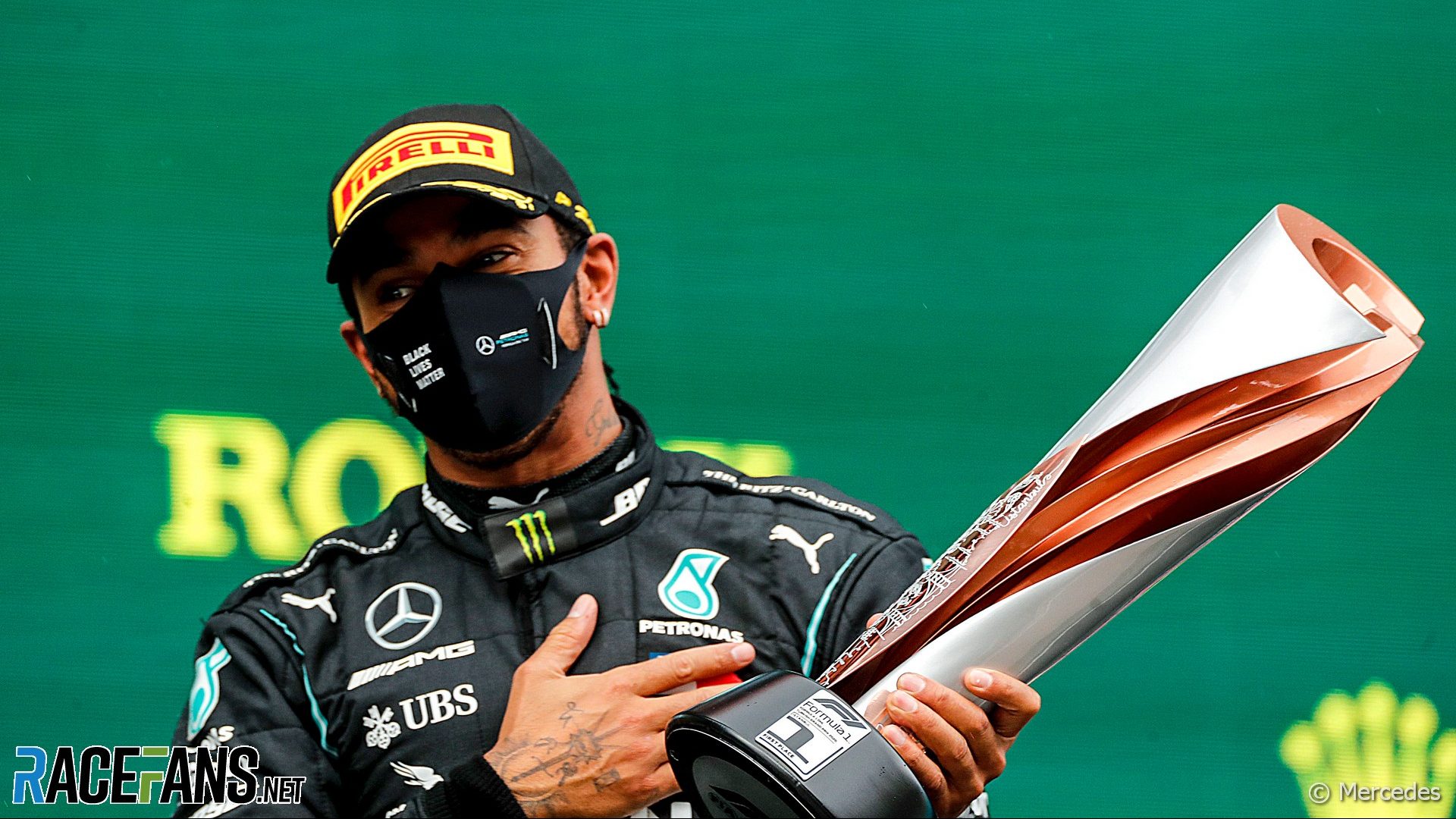 After Lewis Hamilton clinched his seventh world championship yesterday, Max Verstappen remarked he is now “the greatest driver in Formula 1, in terms of stats anyway.”

In absolute terms, it’s hard to argue with Verstappen. Hamilton already holds the records for most wins (94) and pole positions (97) – expect centuries of both sometime next year, possibly even this season for the latter.

There is now no driver with more world championships than Hamilton. He has drawn level with Michael Schumacher on seven.

How many more titles will Hamilton win? Like Schumacher, he has taken his seventh world championship at the age of 35. Schumacher carried on racing until he was 43, time enough for Hamilton to double his tally, though he remarked yesterday “I don’t think I’ll be here in my forties.”

Obviously, Hamilton has to be considered the greatest driver in absolute terms. But in relative terms, the picture is less clear:

There is no elegant answer to whether those with the highest total or better strike rates were better drivers. Without hiding behind the simplistic cliche that ‘you can’t compare drivers from different eras’, there are fundamental differences which make the figures incompatible, not least the fact that drivers in Juan Manuel Fangio’s era could jump into another car if theirs broke down.

This debate will rage on but is, frankly, a moot point until Hamilton hangs up his helmet and we see his final scores.

However there is another statistical measure of his success worth considering in the meantime. This was Hamilton’s most dominant season to date. He won the championship earlier in the season by piling up points more quickly than he has ever done before:

Even so, we’ve seen championships decided earlier in the season than this. In 2002 Schumacher won the championship with six out of 17 races – 35% of the season – still to run. In a normal season, given the same winning rate, Hamilton would have wrapped up the title earlier than November, but this year’s season was shortened and started four months late due to the Covid-19 pandemic.

Why was Hamilton so much more dominant this year? The declining performance of Mercedes’ two closest rivals from last season – Ferrari and, to a lesser extent, Red Bull – is surely the most significant reason.

The quality of Valtteri Bottas’s performance as Hamilton’s team mate has also come under scrutiny. That’s inevitable given he came in a lapped 14th on the day Hamilton won the race and the title. Still it bears pointing out that until this year Hamilton’s most dominant title win was achieved in a season when Nico Rosberg was his team mate.

Hamilton scored the 94th win of his career and the 10th of this season. With three races left, he can still improve on his personal best record of wins in a season (11) and equal the all-time record (13). Having started sixth, this was the third win he’s scored after starting outside the top five. Two of those were from sixth (this race and Silverstone 2014), the other 14th (Hockenheim 2018).

Last weekend’s race wasn’t all about Hamilton, of course. We also had the first new driver on pole position since Charles Leclerc at Bahrain last year: Lance Stroll. He is the third Canadian to take pole, joining Jacques Villeneuve and father Gilles.

More importantly, following AlphaTauri’s triumph at Monza, this was the second time this year that Mercedes/Ferrari/Red Bull hegemony of recent seasons has been disrupted. The last time a team besides that trio took pole position for a race was at the 2014 Austrian Grand Prix, where Felipe Massa led a front row lock-out for Williams.

It was the first pole position for Racing Point and the first time they have led a race. However they had done both in their most recent prior identity, Force India, who led several races and scored their only pole position at Spa in 2009, courtesy of Giancarlo Fisichella.

Despite leading 32 laps – more than half the race – Stroll only came in ninth, his most common finishing position this year. Sergio Perez equalled the best result of his career with second place, which he previously scored at two races in 2012, and took his highest qualifying position with third.

Hamilton and Perez were joined on the podium by Sebastian Vettel who, thanks to a last-lap pass on his team mate, ensured his one-year run without a rostrum finish came to an end.

Have you spotted any other interesting stats and facts from the Turkish Grand Prix? Share them in the comments.