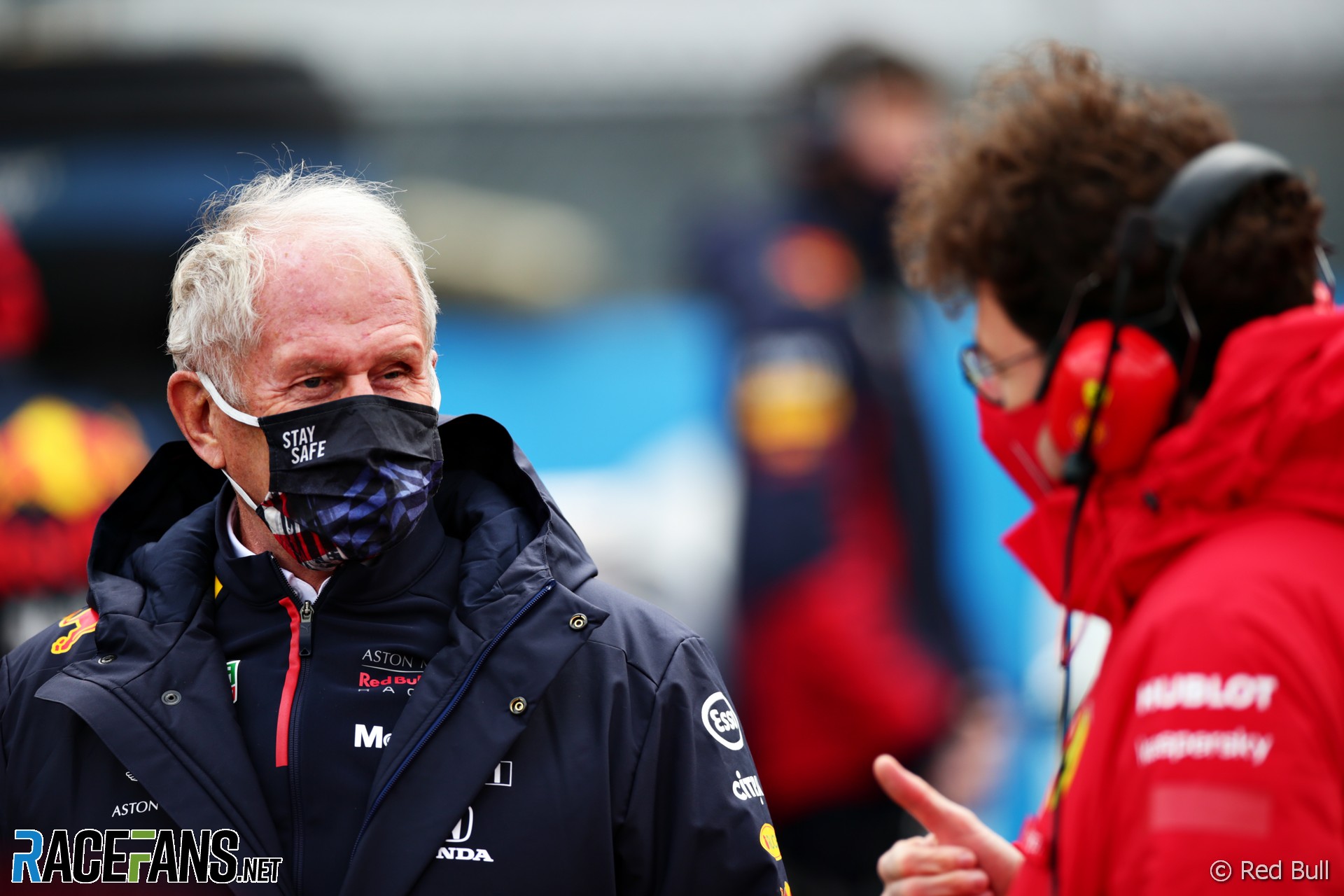 The team is seeking a solution to the impending departure of its current engine supplier Honda after the 2021 F1 season. It has proposed the introduction of an engine freeze at the end of next year in order to allow it to take over the production of the Japanese power units without incurring the high costs of developing them.

However a full freeze on development would lock in a disadvantage for any manufacturer which is not on par with the competition. Ferrari, who are considered to have the weakest power unit in 2020, potentially stand to lose most from a freeze.

RaceFans understands Red Bull therefore intends to propose a partial freeze incorporating a ‘Balance of Performance’. This would permit manufacturers to continue developing their power units up to a certain level.

One potential balancing mechanism could be to restrict the fuel allocation each team receives based on their performance. This idea was proposed by AlphaTauri team principal Franz Tost in an exclusive interview for RaceFans last month.

“If you calculate that [Mercedes] are currently around three to five tenths faster than the rest, it’s easy to calculate how [much] less fuel you have to give them to balance the field,” said Tost.

Limiting the performance of teams’ engines would inevitably come at the expense of Mercedes, who are on course for their seventh successive sweep of both championships. Team principal Toto Wolff has supported the idea of a full engine freeze, but may oppose a change which would allow the team’s rivals to reduce their advantage.

“Mercedes has done a fantastic job to develop its infrastructure to come to this real high level of performance and normally teams should not be penalised for this because it’s a little bit unfair,” said Tost. “But if someone asks me what I would do, this would be the case.”

Red Bull is believed to want a decision on the freeze proposal within two weeks, in order for it to make arrangements to take over the production of Honda’s power units.

However Ferrari is understood to oppose introducing a freeze to accommodate Red Bull when F1 already has rules in place to ensure they will receive a supply of engines. Under F1’s rules, if Red Bull has not found an engine supplier by June, the manufacturer which has the fewest customers must supply them, which at present would be Renault.

RaceFans understands the possibility of a freeze on engine development was discussed during yesterday’s F1 Commissions meeting but no decision was taken and the subject of a Balance of Performance was not tabled.

Speaking ahead of the meeting, Ferrari team principal Mattia Binotto said an engine development freeze is not a priority for F1.

“I think that before starting discussing the freezing it’s more important to discuss 2026,” he said in response to a question from RaceFans. “What’s the new technical format for the new power units in the future, where costs need to be address, where the technology needs to be addressed. So I see that as a first priority and freezing, it’s only a second priority for the discussion.”