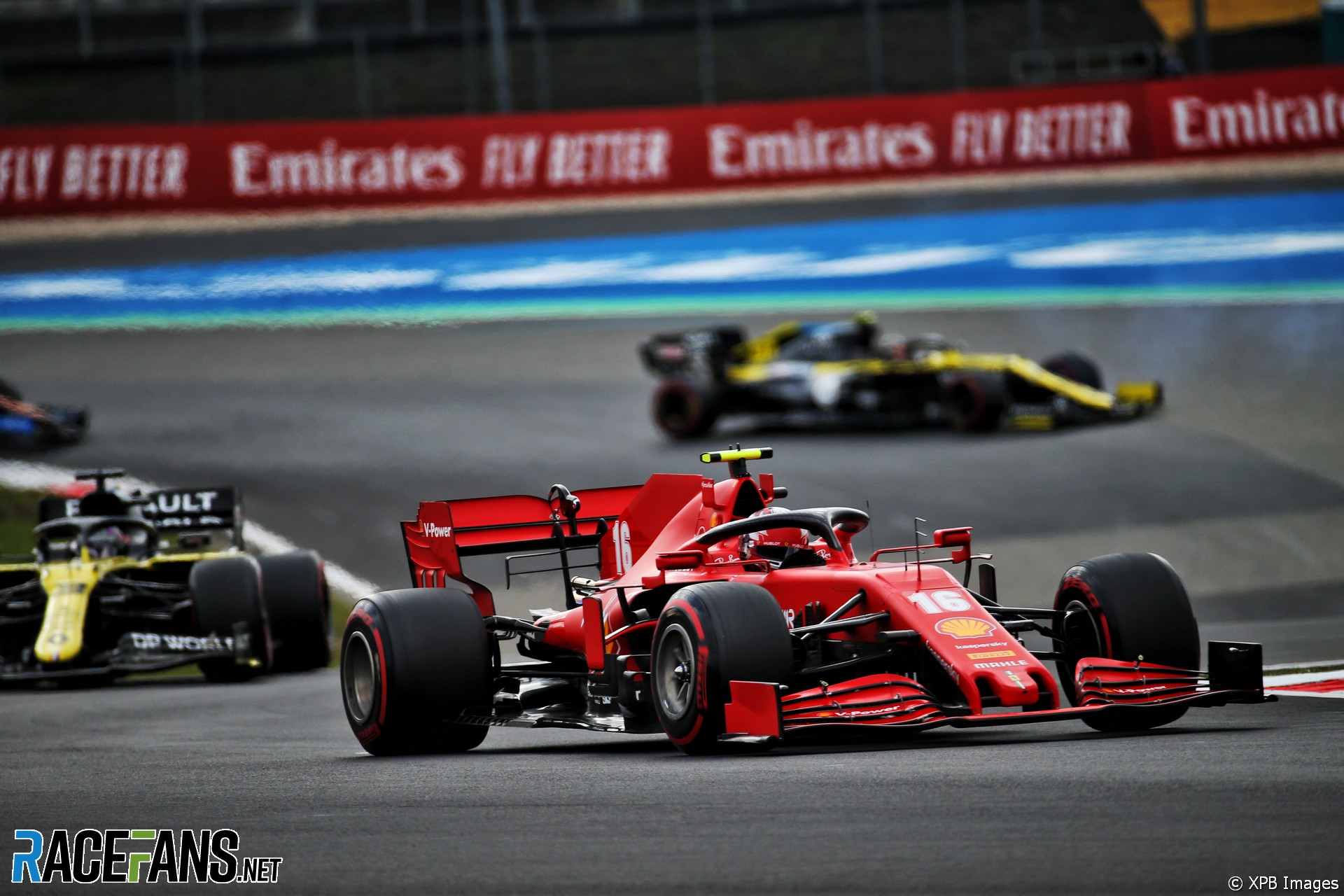 Charles Leclerc says he was encouraged by Ferrari’s performance in the Eifel Grand Prix, despite falling from fourth on the grid to finish seventh.

“I would have preferred to finish a bit higher,” said Leclerc after the race. “But looking back at the weekend, I think there are quite a bit of positives.

“I did not expect to be so competitive with the cold weather like that. And the car was handling quite well, so this was positive.”

Ferrari brought another minor upgrade to its SF1000 for the race at the Nurburgring. “I think the small update that we brought this weekend worked in the right direction,” said Leclerc.

“It wasn’t a massive step, but that was not what we were searching for. It was a small step going in the right direction and this is also positive.”

However Leclerc endured a poor first stint on the soft tyres and was passed by Daniel Ricciardo before making an early pit stop.

“We need to understand why the first stint on the soft was so affected by graining,” said Leclerc. “But I’m quite pleased with the way the weekend has gone.”

Leclerc said he was “struggling quite a bit with graining and understeer” during the first stint. “The second and third stint was a bit better but the first stint compromised massively our race.

“Surely [qualifying] was, I think, a bit of a standout performance. So it was good for qualifying on the one shot we’ve been strong, but on the long run, we struggled a bit more, especially on the soft.”