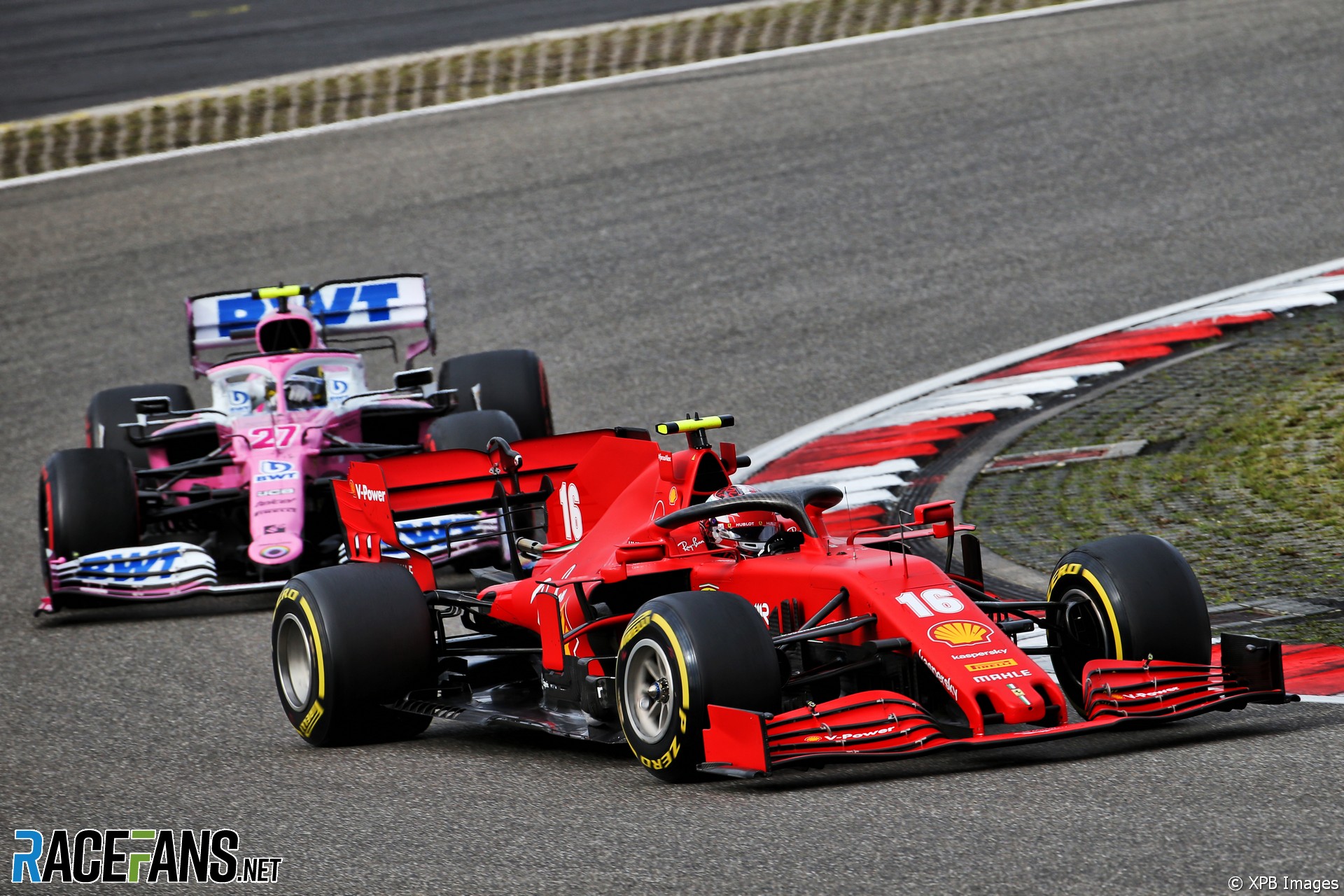 In the round-up: Racing Point technical director Andrew Green is puzzled by Ferrari’s fluctuations in pace between Saturdays and Sundays.

The response to the RaceFans Supporter Drive we launched last weekend continues to be encouraging.

If you’d like to learn more about how you can help us continue producing quality, original, independent motorsport coverage, head over here to find out:

Green said qualifying pace is an area where Racing Point need to improve:

I think there is definitely something to look at in the way that other teams seem to be able to find pace in qualifying on a Saturday afternoon that we don’t seem to have, and I think a good example of that is Ferrari.

I don’t know where they get that pace from on a Saturday afternoon. But come Sunday, they’re a good half a second behind us, which is very strange.

It’s something we definitely are looking at. We’re always going to be a lot closer on a Saturday afternoon anyway, just because of the way things are but we do seem to, relatively speaking, move forward on a Sunday afternoon.

💬 "Lewis, absolutely impressive what you have achieved and also to the team and everybody back at base, I am so proud of where we are today."

Toto delivers a few words during the post-race debrief, on a record-equalling win for @LewisHamilton 💜 pic.twitter.com/8dtYTS3hr6

I just drafted those. But imagine a whole track deeply simulated with this in mind. It would be mindblowing difficult to drive and, also be able to have much less track limits problems.
This is the future of race track design. pic.twitter.com/H9u4e7K1cu

Mika Häkkinen: 'We cannot imagine what the new record will be before Lewis decides to retire' (UniBet)

"Lewis’s ability to deliver victories, and then to repeat them over time, starting at the age of 21 and continuing now that he is 35, is no easy task. I know how much energy it took to win the title twice, and when I stopped racing in Formula 1 I knew it was the right moment - at 33 - so no one should think that what Lewis has done is simply a question of having the best car."

"'I think Yuki’s the fastest driver out there, he’s just had too many DNFs (non-finishes) and incidents that have cost him the championship really.'"

"A track never raced at in the real world due to the outbreak of Covid-19, this will be the first time any driver takes to the streets of Hanoi."

"Resuming my racing career after such a long break, leaving home after so long for a new environment, and racing for a new team in a new series has been a huge challenge, maybe bigger than people realise."

"This year definitely really affected me, mentally, just the results and every time I qualified I was just nowhere near the front and things just didn’t work. Getting bad results each weekend was just having more of a knock-on effect on my mental health."

DaveW wonders if Nico Hulkenberg might be the right driver to help fix Red Bull’s instability problems, given his help with the Racing Point suspension during his Silverstone substitution:

I’m sure he could give good advice to Red Bull on their apparently very “peaky” cars that only seem to suit Verstappen. The question is whether they would take it, because it gets them seconds and thirds right now. (I’m sure Gasly and Albon have given their own advice that is either ineffective or unheeded.)

My sense is that Newey has a history of creating cars that are not driver friendly and sort of on the edge, from his Leyton House March cars that had cockpits like iron maidens to the McLaren MP4-20/21 with the exhaust in the diffuser that would fly off the road in testing to the blown diffuser cars that even a driver like Webber could not really master. He’s a genius, but he seems to sometimes only build cars for other geniuses.
DaveW