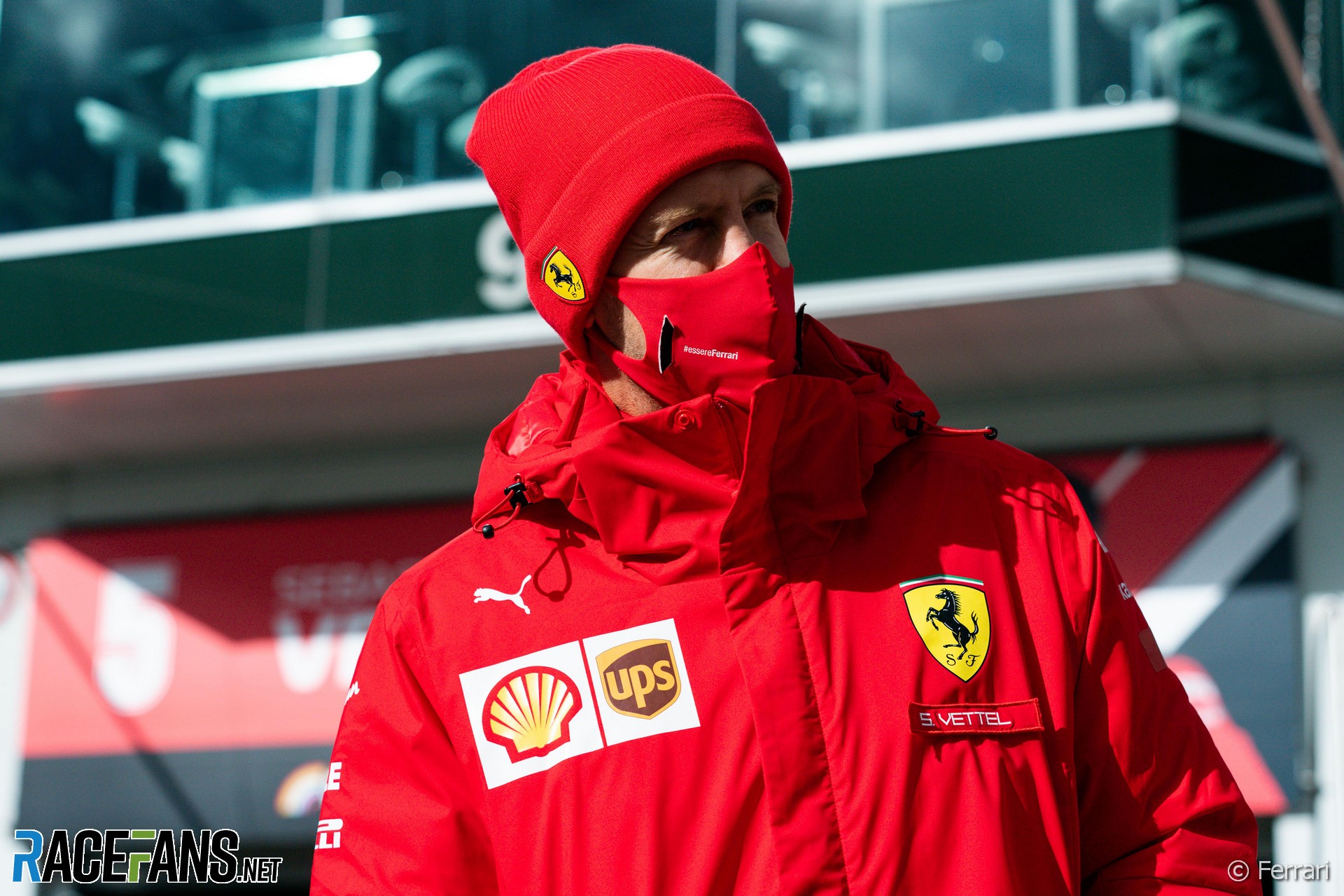 Sebastian Vettel says he never thought Michael Schumacher’s record of 91 F1 wins would be beaten, but accepts it is inevitable after Lewis Hamilton equalled it last weekend.

The Ferrari driver, who lies immediately behind the pair on the all-time winners list with 53 victories, said he “respects [the] efforts” of Hamilton in reaching “a number that in my head I always thought would never be beaten or equalled.”

Hamilton will pass Schumacher’s record if he wins any of the remaining six races this year. “I think it’s quite certain he will exceed this number,” said Vettel.

“Nevertheless, I have to say that Michael will always be my hero,” he continued. “I think Michael had something about him that I haven’t seen in other drivers so far.

“Probably in another 10, 15, 20 years’ time, there will be more admiration for that. But obviously when you’re still active, you’re looking at yourself and not so much in others. But as I said I think you can’t [credit] him enough for what he has achieved.”

Vettel said Schumacher’s greatness was easiest to appreciate in karts. “He was just better than anybody else I’ve ever seen so far. I think he had a natural talent that is very difficult to explain.

“I think he had a natural ability that, as I said, I haven’t seen in anyone else so far. On top of that he had an incredible work ethic. But I think it’s the combination of the two that for me stands out. I haven’t seen a match yet.”

74 comments on “Vettel: I always thought Schumacher’s wins record would never be beaten”