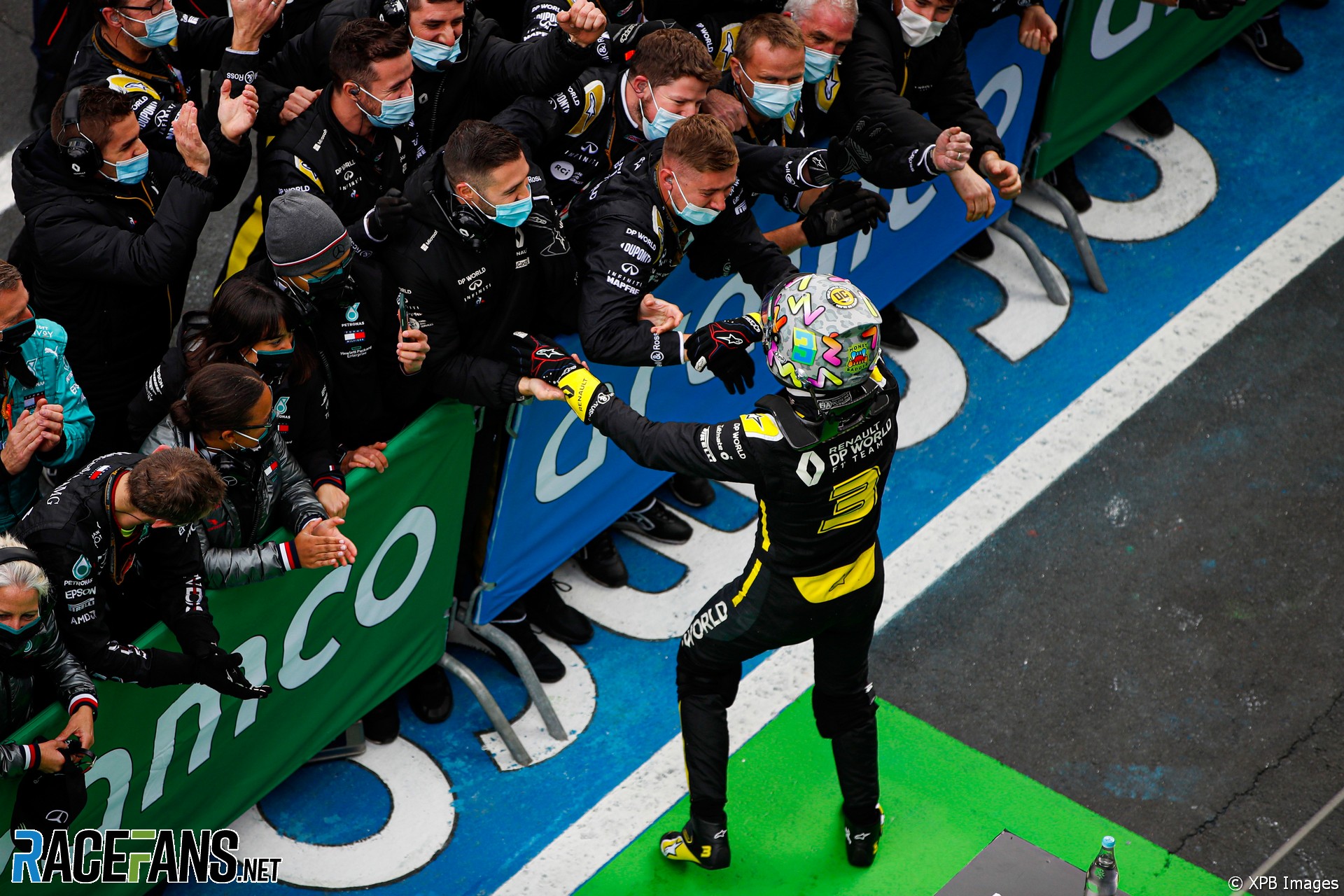 Renault team principal Cyril Abiteboul says the team’s first podium finish since its return to Formula 1 in 2016 was a “statement” to its critics.

The team has made gradual progress since Renault took over its former F1 operation at the end of 2015. However it suffered a setback last season, when it fell from fourth to fifth in the championship.

That coincided with the high-profile signing of Daniel Ricciardo from Red Bull. Before this season began, Ricciardo signed a deal to join McLaren in 2021.

However Renault has made further gains during 2020, culminating in the first podium of their new era at the Nurburgring yesterday.

Abiteboul acknowledged the team had “been questioned” over the timing of its decision to sign Ricciardo and his subsequent departure. “I think it was very important for everyone to put the commentators at bay and show why it made sense at the time.

“Yes, it was disappointing last year. You could argue that it was one year too early, but there is not that many opportunities to have a driver like Daniel who is available on the market. So I still believe that it was the right thing to do at the time,” he said.

Renault’s difficult 2019 campaign spurred them to improve this year, said Abiteboul. “The team wouldn’t be what it is today without Daniel and maybe thanks also to the year that we had together last year.

“[It] was indeed a very painful year which has pushed all of us, probably starting with myself, to take the measures that we’ve taken. And also supported with the team in Enstone with Marcin Budkowski and so on and so forth.

“Now we are finding ourself in a much better position for this year and for next year and Daniel is capable of doing this type of thing. So I think it’s a statement.”

Ricciardo’s decision to leave Renault for McLaren was met with a terse statement by Abiteboul at the time. “I know that our communication was a bit negative when we found out that [he] would not stay with the team at the time,” he said on Sunday at the Nurbugring.

“But I think that it’s precisely because it was an honest, emotional, unfiltered communication at the time that Daniel is also being unfiltered and genuine in what he is doing.”