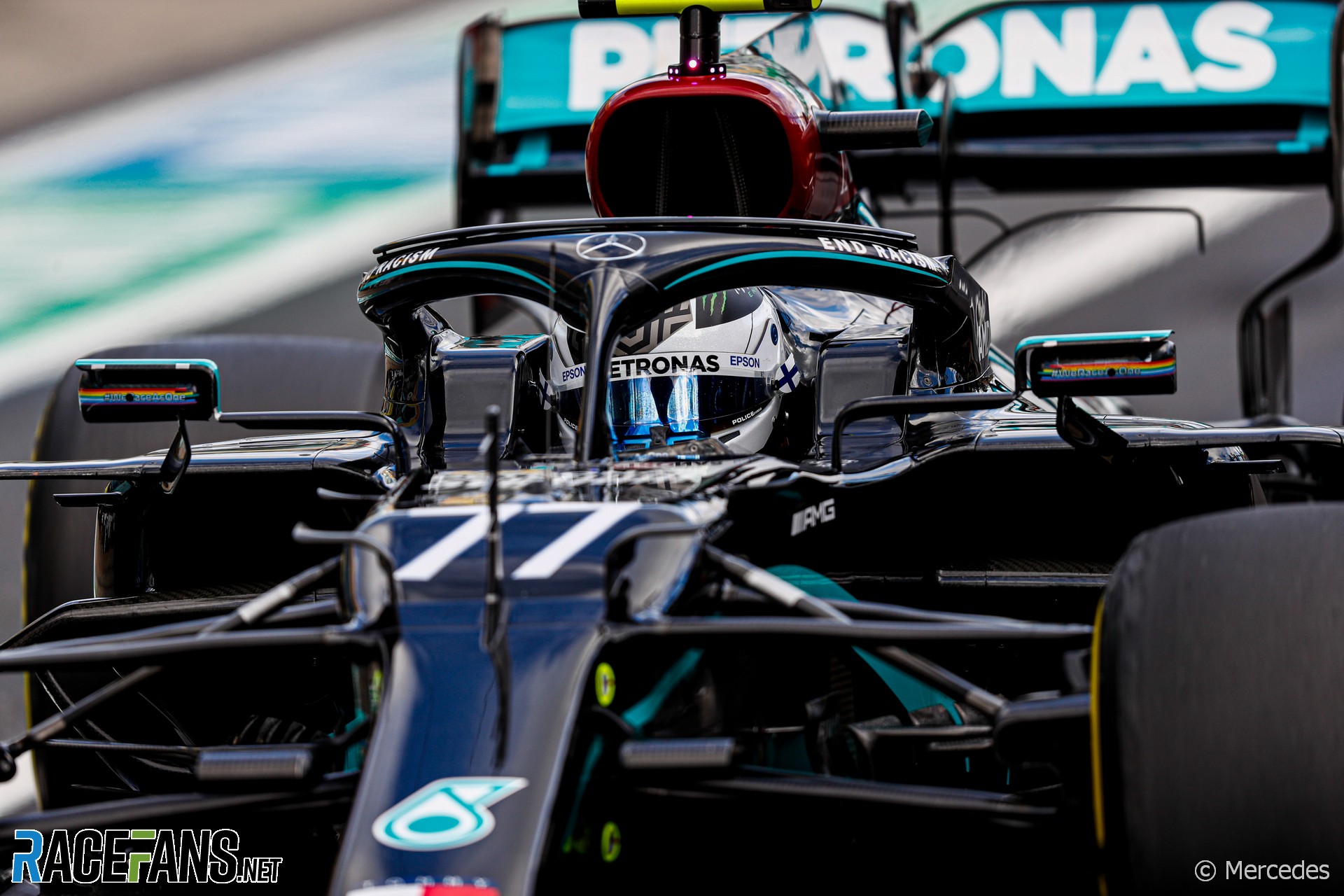 Valtteri Bottas may face a grid penalty at the next race in Portugal following his retirement from the Eifel Grand Prix.

The Mercedes driver was sidelined following a suspected MGU-H problem. Mercedes had fitted a new power unit to both cars for last weekend’s race. Any further new components which may have to be fitted as a result of the problem will result in a grid penalty.

Mercedes’ trackside engineering director Andrew Shovlin said the team are still looking into what went wrong and haven’t ruled out the possibility of a grid penalty.

“It looks like it was an electronics issue on the power unit side that we think is within the pack,” he said. “But we’re still investigating that.

“It doesn’t look like it has to do with the hardware. So we’re investigating that and hopefully it won’t result in a penalty for him but we’ll know more when we get to the next race in Portimao.”

Team principal Toto Wolff is optimistic Bottas will be able to avoid a penalty.

“It looks like it was around the MGU-H but we haven’t found the root cause yet,” he said. “We retired the car not only because he wouldn’t have scored points, but also because we didn’t want to damage the power unit. I think we should be fine.

“It’s important now to understand what actually happened. We introduced new power units this weekend and there are still six races to go so we need to get on top of the problem.”