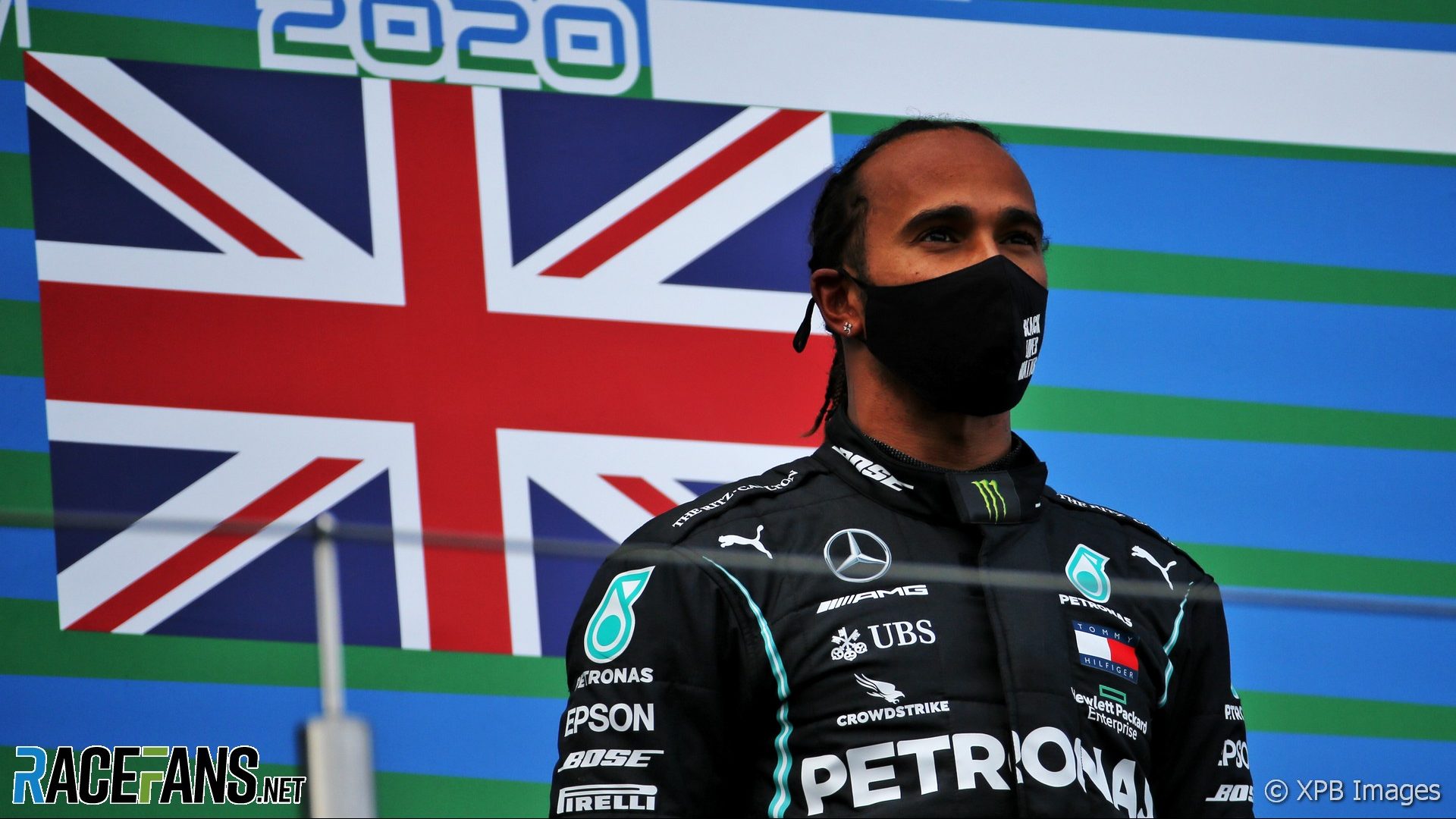 Lewis Hamilton says he won’t speak about the next generation of drivers the same way he feels past Formula 1 stars have criticised him.

On Sunday he joined Michael Schumacher as the most successful driver in the history of Formula 1 in terms of race wins. Speaking afterwards, Hamilton said he still “gets knocked by many people, particularly older drivers.”

“They still have a bee in their bonnet,” said Hamilton. “I don’t know why. Maybe one day they’ll get over it.

“But I have so much respect for the past legends, even those that do continue to talk negatively about me all the time. I still hold them in high regard because I know it was so difficult, a different time in history. It was incredibly tough for them. And they remain the legends that they were then.”

Last week Jackie Stewart, a three-times world champion and former holder of the record for most Formula 1 victories, said it was “hard to justify” calling Hamilton the greatest driver ever because his Mercedes team are so dominant.

Hamilton, who scored his record-equalling 91st career win on Sunday, said it is difficult to define ultimate greatness in any sport.

“There’s a lot of talk in all sports about ‘greatest past and present’,” he said. “I think it’s almost impossible to compare people. I just think it’s different times. We are evolving as human beings.

“If you put us all the top drivers that have been the most successful in the sport and put them in the same season and in the same cars, wouldn’t that be something?

“There’s all this talk of ‘who is’ and ‘who is not’ and it’s not important to me. What’s important is the journey and this time. While I’ve been here I’m proud of what I’ve been able to do, have navigated through. I’ve definitely made lots of mistakes but that’s life. We all do that.

“Yes, you can be definitely remembered for having the most [wins] and that will definitely be something special to have. But as I said, it’s the journey, it’s what we’ve done along the way. It’s things like the obstacles you faced. Everyone’s got a different journey and a different way of doing things and I don’t think you should knock anybody for the way they do things.”

Hamilton promised not to criticise anyone who may rival his records in the future.

“In 20 years’ time, whatever it is, when I’m looking back, I can promise you this: I will not be talking down any young driver that’s coming through and succeeding.

“Because our responsibility, I think, as an older driver, is to shine the light as bright as possible and encourage those. There’s going to be someone else, whether it’s Max [Verstappen] or whoever it may be, who’s going to be chasing the record that I eventually set.

“It’s the wrong kind of characteristic and approach to be hoping he doesn’t break it. You should be encouraging them, hoping they to their full potential. And if that means them getting to that record, that’s amazing.”

99 comments on “Hamilton: ‘Older drivers have a bee in their bonnet about me – maybe one day they ‘ll get over it’”