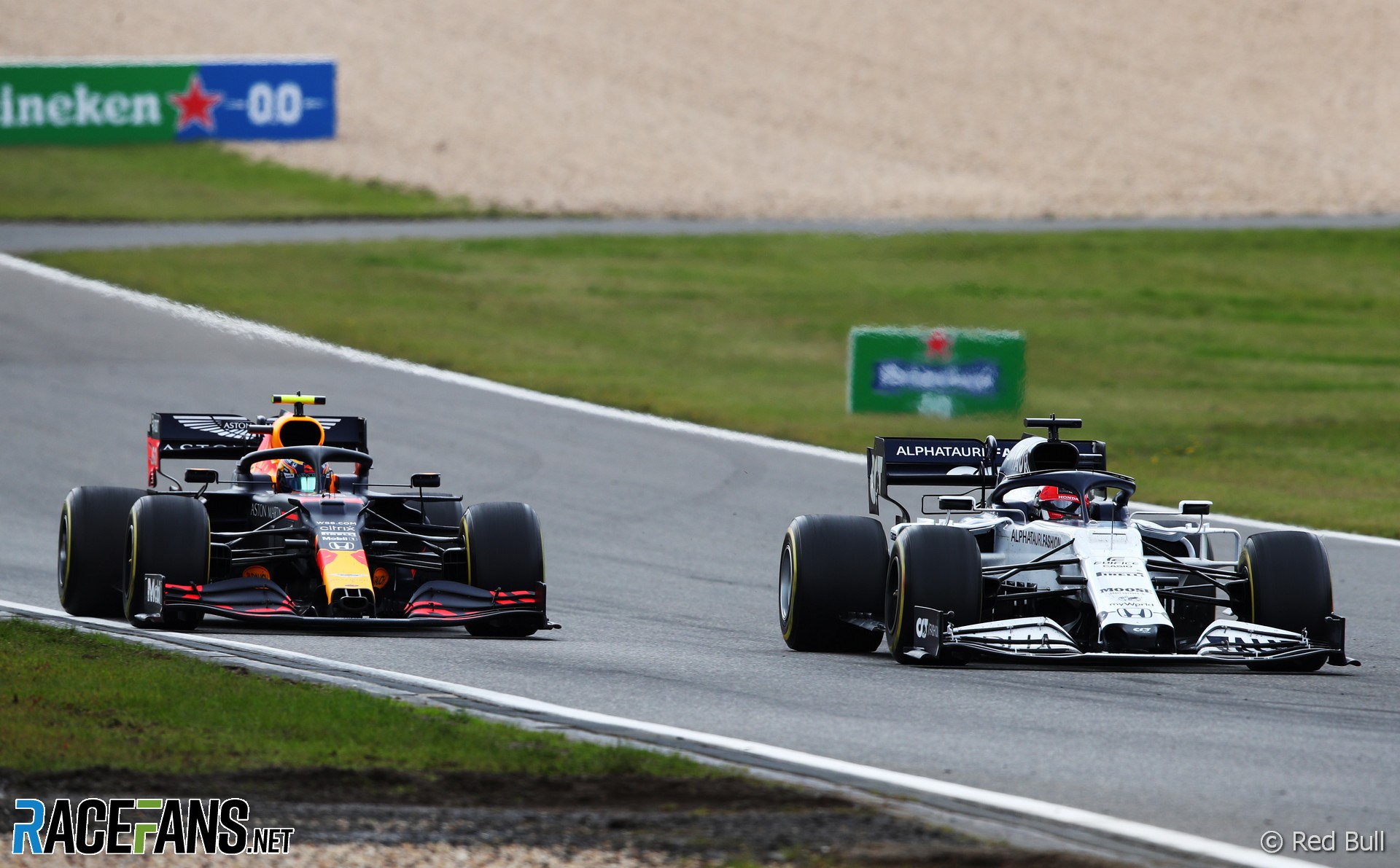 Albon was forced to make an early pit stop after flat-spotting a tyre on the first lap of the race. He suffered a further setback when he was penalised for a collision with Daniil Kvyat, but failed to reach the finish anyway because of a technical problem.

Horner was unimpressed with Albon’s 10-second time penalty. “The penalty felt a bit harsh to me,” he said. “Daniil had been off the track, rejoined, it felt a bit on the harsh side.”

Albon was beginning to make progress after his initial setback when the team retired his car, said Horner.

“We had a big lock-up into turn three on the opening lap and our concern was that he’d gone pretty much through to the canvas and we were seeing vibrations increasing to the point that it was past our threshold. So from a safety point of view we had to pit him at that point.

“He then started to make good progress back through the field. But he was very unlucky in that he’s picked up some debris that pierced a radiator on the cooling circuit and we just saw our temperatures started to go sky-high. Before losing an engine, we had no choice but to stop the car.”

However Horner said he was pleased with other aspects of Albon’s performance over the weekend.

“It was a shame in the race,” he said, “I think he would have been racing Perez and Ricciardo even with that flat spot and the early stop. So it’s a shame for him not to see that come to fruition today because he’s had a pretty sensible weekend.

“He was almost on a second row of the grid, a few hundreds of a second off that, he was a lot closer to his team mate than he was in Russia. So I think it’s a shame that he didn’t get a result out of today because I think there was more to come.”