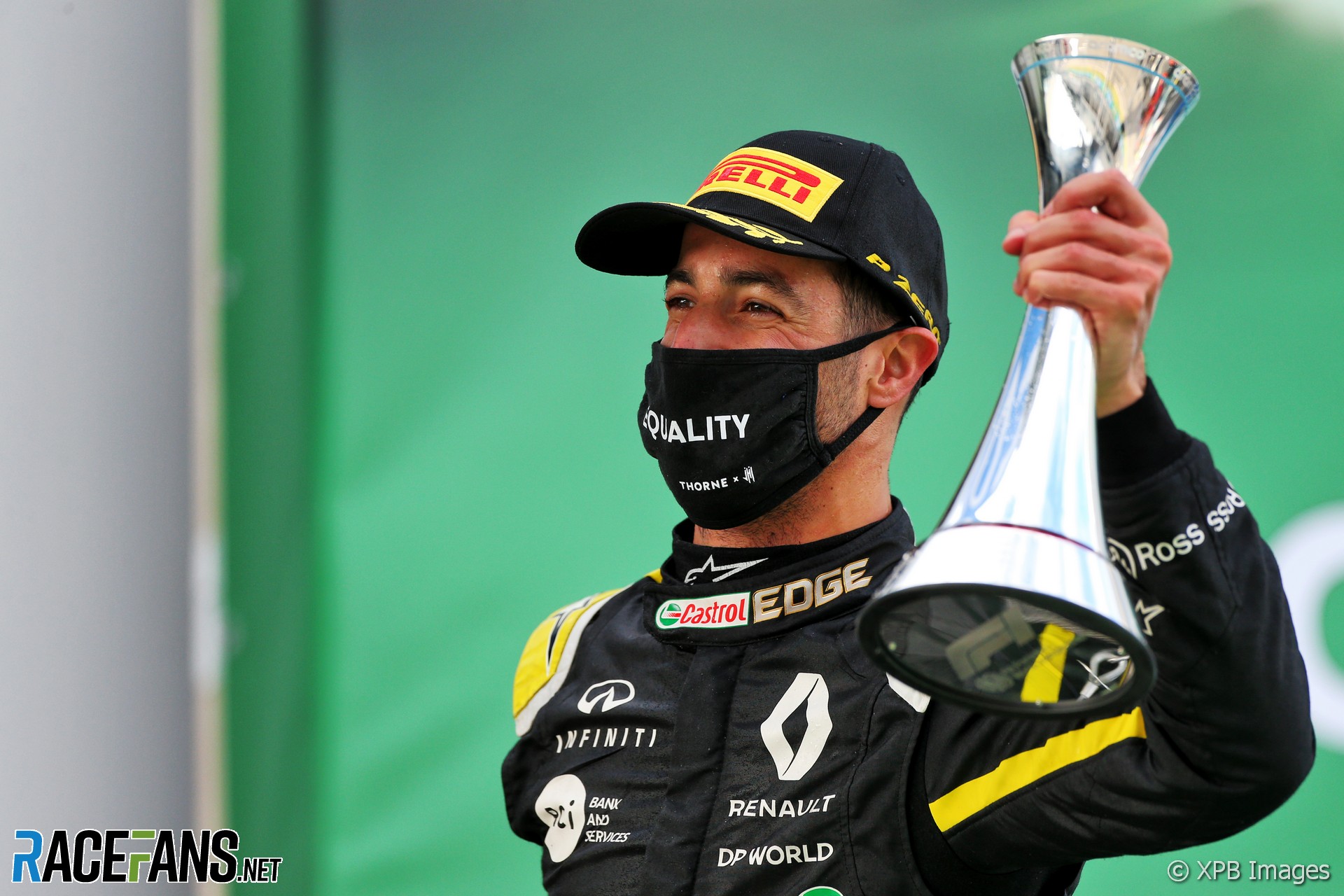 Daniel Ricciardo says his first podium for two-and-a-half years”feels like his first career podium all over again”.

He scored Renault’s first podium since their return to F1 as a full constructor four years ago. Ricciardo also confirmed he intends to hold team principal Cyril Abiteboul over a bet between the two over the constructor’s return to the rostrum.

Ricciardo finished third in the Eifel Grand Prix after passing Charles Leclerc early in the race, then holding off Sergio Perez over the final 11 laps following the Safety Car. It was his first podium appearance since winning the 2018 Monaco Grand Prix.

“It’s been a while,” says Ricciardo. “To be honest it feels like the first podium all over again. I think it’s been two-and-a-half years or something.

“The feeling is really nice. It’s fresh. Just so happy and obviously to see everyone as well, you know. We’ve all waited a long time for this. So I think everyone’s going to soak it up.”

Earlier this year Ricciardo made a bet with Abiteboul that the Renault team boss would get a tattoo if he recorded a podium finish this year. Ricciardo, who will choose the design of the tattoo, confirmed he expects Abiteboul to honour the bet.

“Yeah, so it’s real. It’s going to happen,” he said. “We’ll have to do some thinking now. Probably [it’ll be] something to do with me, but with a German flavour. This is obviously the place we did it, so a little tip of the hat to something traditional in Germany as well.”