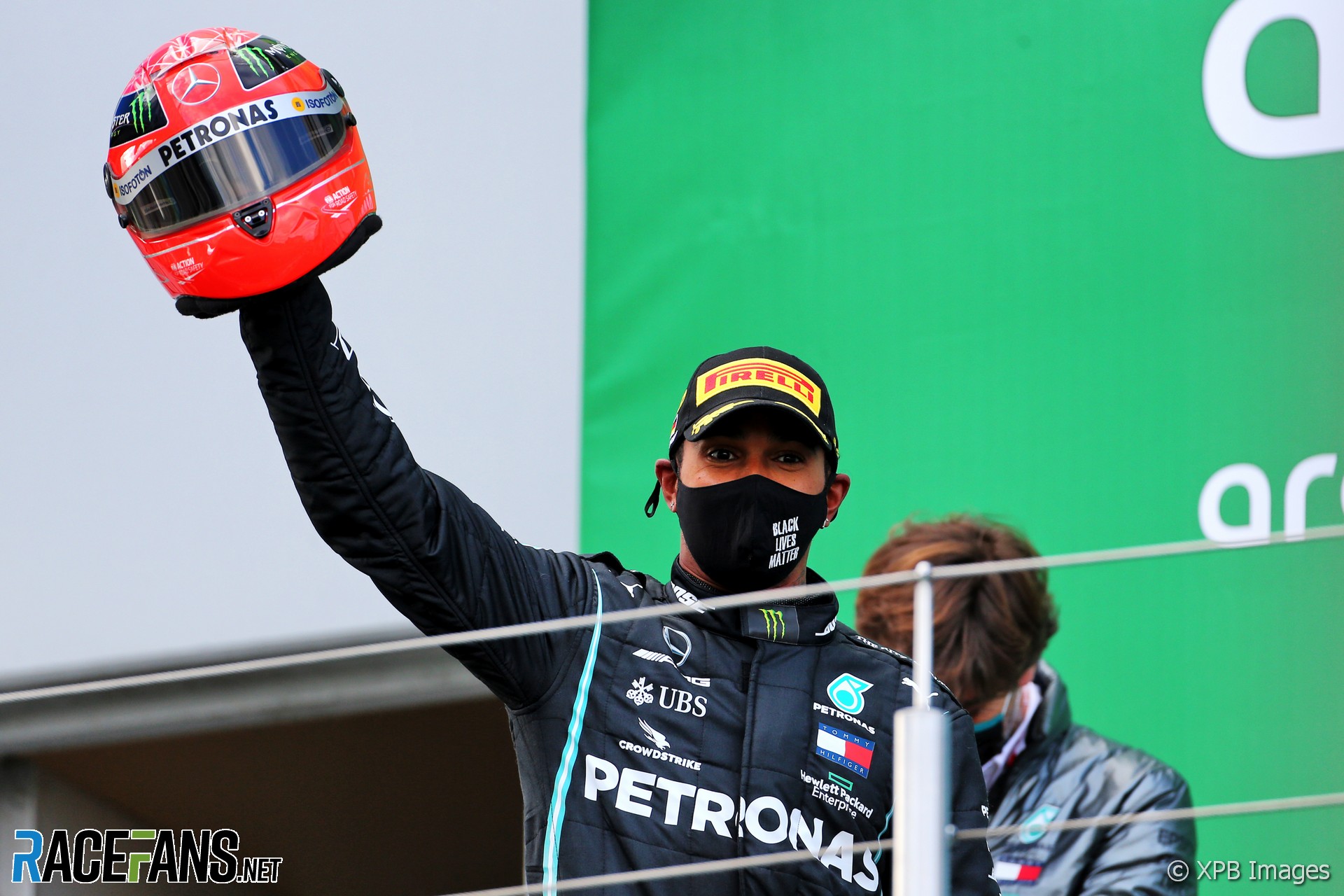 Lewis Hamilton says he never imagined he would get close to matching Michael Schumacher’s record of wins after taking his 91st career victory at the Eifel Grand Prix.

The Mercedes driver was presented with one of Michael Schumacher’s helmets by the seven-time world champion’s son and current Formula 2 championship leader Mick Schumacher after equalling his father’s record win tally at the Nurburgring.

Hamilton said he “didn’t know what to say” having matched a driver he looked up to as a child.

“You grow up watching someone and you generally idolise them in terms of the quality of the driver they are, what they are continuously able to do year on year, race on race, week on week with their team.

“Just seeing his dominance for so long, I don’t think anyone – especially me – imagined that I would be anywhere near Michael in terms of records, so it’s an incredible honour. It’s going to take some time to get used to it.”

Hamilton says the reality of having matched of the great records in Formula 1 didn’t hit him immediately.

“As I came into the pit lane, that was only when I realised that I’d equalled him,” says Hamilton.

“I hadn’t even computed it when I crossed the line. I couldn’t have done it without this incredible team. Everyone continuing to push behind me and giving it their everything. So a big thank you to them and huge, huge respect to Michael.”