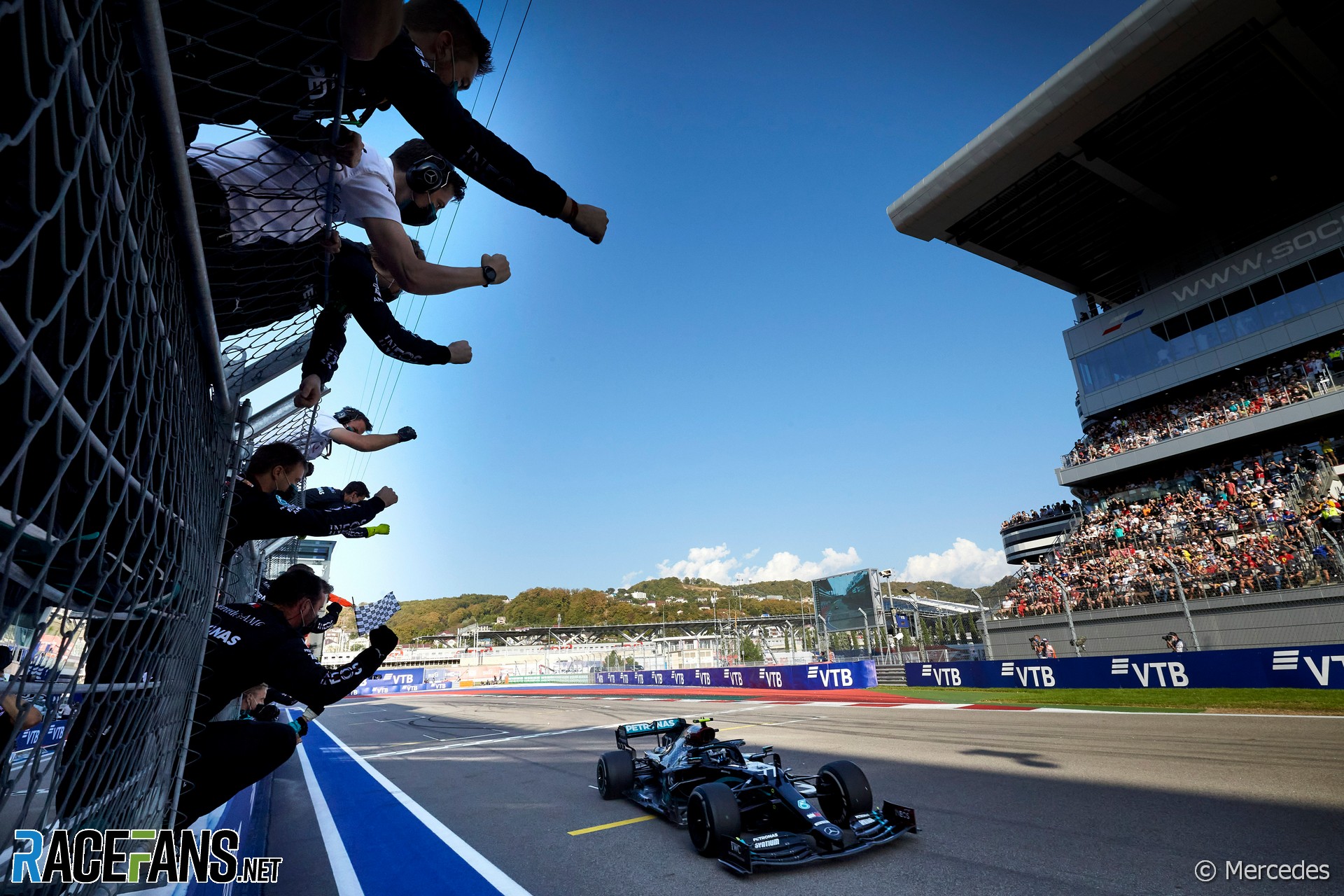 With this year’s constructors’ championship still undecided, Mercedes still hold the crown they first won at the Russian Grand Prix 2,178 days ago.

The previous longest reign as constructors champions belonged to Ferrari. They won the 1999 title at Suzuka, and held it until Renault took the crown in the 2005 season finale in Shanghai, 2,177 days later.

Mercedes have won six titles in a row, as Ferrari did during that period, but are poised to extend that record to seven this year. With seven races left this season they are 174 points ahead of their closest rivals, Red Bull, who are the only other team to have won the title in the past decade:

Speaking of reigns, Michael Schumacher remains the single most successful Formula 1 driver of all time in terms of outright wins for at least two more weeks, as Lewis Hamilton failed to take a record-equalling 91st win on Sunday. Schumacher took the record from Alain Prost on September 2nd, 2001, by claiming his 52nd victory in the Belgian Grand Prix.

Hamilton’s two penalties for pre-race practice start violations were a first. It temporarily handed him two more penalty points, which would have left him just two shy of of a one-race ban, until they were rescinded – also a first.

The penalties cost him his chance of beating Valtteri Bottas, who took his second victory in the Russian Grand Prix. Bottas had to hand victory to Hamilton at this track two years earlier, so he may well feel there’s a degree of payback in his victory.

Bottas took the ninth win of his career, meaning he has now won as many races as Max Verstappen – who he was tied with on eight before the 70th Anniversary Grand Prix – and Mark Webber. He also grabbed the fastest lap for the 15th time in his career, which puts him level with Jackie Stewart, Clay Regazzoni and Felipe Massa.

Mercedes’ win extended their undefeated streak in the Russian Grand Prix. They have won all seven races at Sochi Autodrom since it was added to the calendar in the same year they won their first constructors championship.

Verstappen took second place for Red Bull, handing them their first podium finish in Russia. But for the first time this year McLaren failed to score. It was their first non-score since last year’s Mexican Grand Prix.

It was a race of milestones. Sebastian Vettel started his 250th grand prix, becoming the 10th driver to reach that landmark.

Ahead of him lies Kimi Raikkonen, who tied with Rubens Barrichello to become the most experienced driver in the sport’s history. Both have started 322 races, which is 31.3% of all world championship races ever held, though when Barrichello bowed out of the sport at the end of 2011 that figure stood at an incredible 37.5%.

Similarly Raikkonen entered 325 but missed three. These were Belgium 2001 (retired before new race was declared), USA 2005 (withdrew on formation lap due to tyre concerns) and Malaysia 2017 (engine failure on grid).

Have you spotted any other interesting stats and facts from the Russian Grand Prix? Share them in the comments.