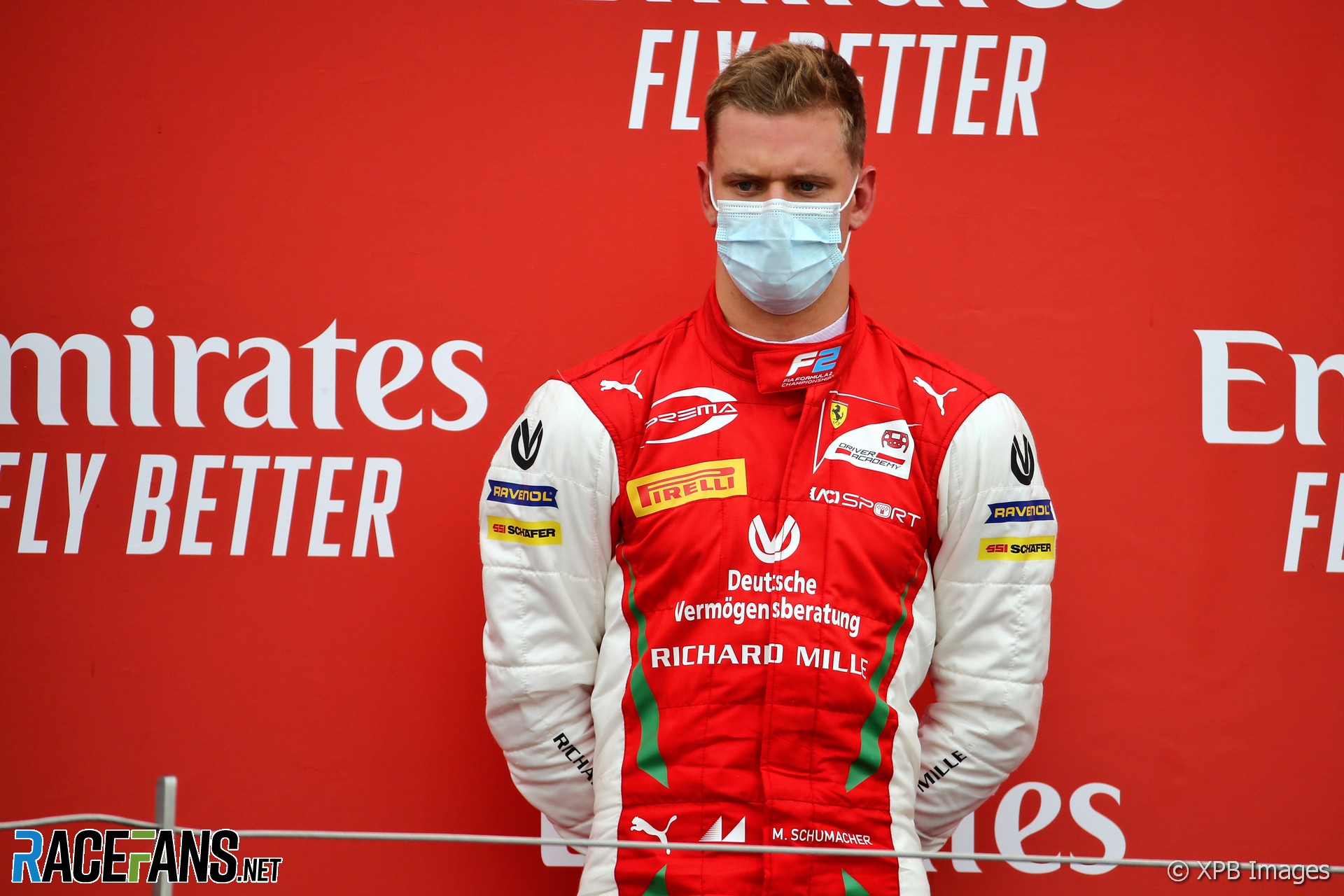 Mick Schumacher says he hopes he has the chance to reclaim his father’s record of Formula 1 wins if it is broken by Lewis Hamilton.

The son of the seven-times world champion is leading the Formula 2 series with six races to go in 2020, and is believed to be in contention for an F1 debut in 2021. Hamilton will equal his father Michael Schumacher’s all-time record of 91 career wins with his next grand prix victory.

“One sentence my dad always used to say was records are there to be broken,” said Schumacher’s 21-year-old son Mick in Sochi today. “It’s everybody’s aim in the sport to do that. I think Lewis had a very, very good run – he had a very consecutive and positive run.”

Schumacher said he appreciates Hamilton’s performances and hopes he gets the chance to break the record himself in the future.

“Records are there to be broken and, from our side, I think we see it on a good side too. It’s good for the sport. He’s been very influential in this sport too.

“The next aim would be then I guess for me, if I do make the step [into F1], to break that again.”

Hamilton took Michael Schumacher’s place at Mercedes when he left the sport at the end of 2012. Mick said he has only had a few chances to speak to the man who is poised to break his father’s winning record.

“Lewis come into Mercedes after my dad left,” said Schumacher, “I was at the track a few times and got to speak to him at certain moments. Obviously he’s a very busy man and I’m quite too – especially now due to Covid it’s quite difficult to speak to each other.

“I’m focussing on myself right now and Lewis is doing the same for him. But nevertheless I think once the chance is there, I definitely would be very interested to have a longer chat with him.”

Video: The history of F1’s ‘most wins’ record