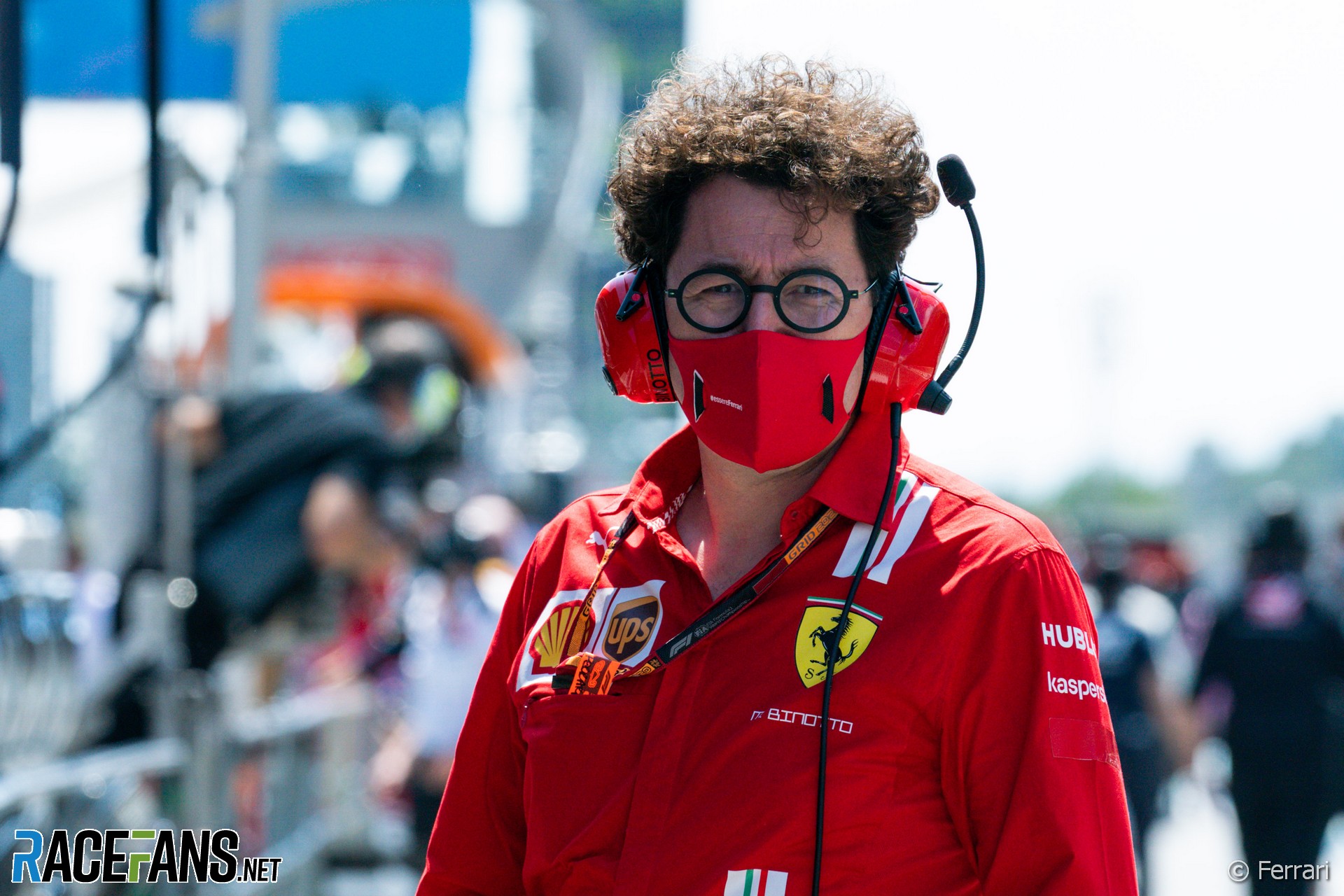 Ferrari team principal Mattia Binotto praised F1’s decision to appoint Stefano Domenicali, one of his predecessors at the team, to replace Chase Carey as CEO of the sport.

Formula 1 confirmed today Domenicali will take over from Carey at the beginning of next year.

In a statement issued by Ferrari, Binotto thanked Carey for his work since taking over the role in 2017, and single out his handling of the Covid-19 crisis for praise.

“This is an important day for our sport, with the announcement from Liberty Media that Stefano Domenicali will take on the role of president and CEO of Formula 1,” said Binotto, “On behalf of Ferrari, I would first like to thank Chase Carey.

“There have been many positive changes made to the sport under his leadership, in particular the promoter’s relationship with the teams. Very important decisions have been taken concerning the future of Formula 1, such as the new Concorde Agreement and the creation of an operational structure that will help the sport grow in terms of its audience and its appeal to the youngers generations.

“And let’s not forget that Formula 1 has managed to put on a world championship this year under very difficult circumstances. We very much appreciate the fact that continuity is assured as Chase stays on as the non-executive chairman of Formula 1.”

Binotto said Domenicali is the “ideal choice” to take over from Carey. “We are very pleased that Chase’s role will be entrusted to Stefano as from 1st January,” he said. “His talents as a manager and especially his knowledge of the sport, combined with his experience and personal qualities, make him the ideal choice to carry on Chase’s reforms.”

Binotto is looking forward to reprising his working relationship with Domenicali from their Maranello days. “Personally, it will be a pleasure for me to work with a good friend, as we came through the ranks at Ferrari together.

“I look forward to working along with all the other stakeholders in this sport and with him to make Formula 1 even stronger and more spectacular.”