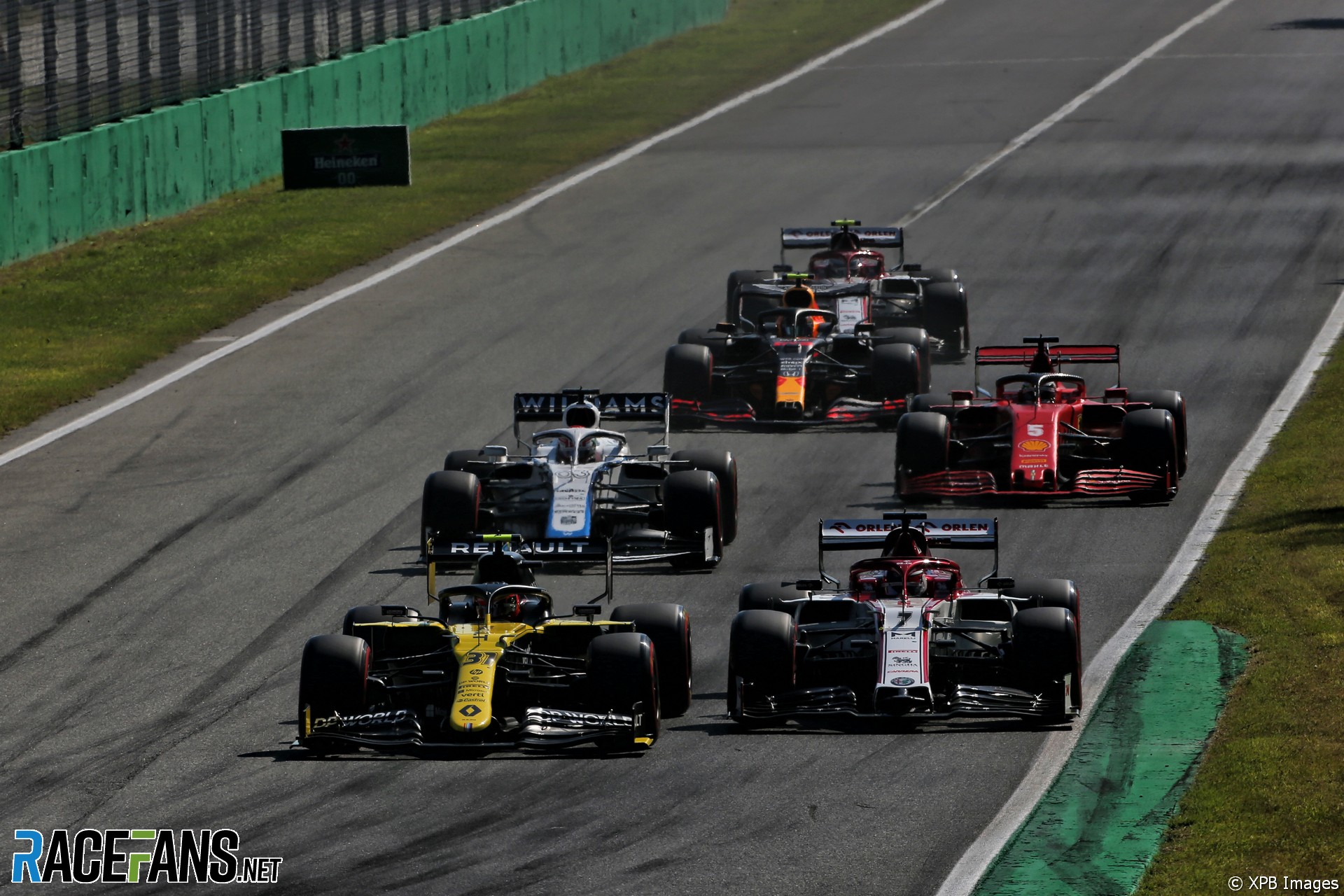 The stewards have cleared Esteban Ocon over his incident with Kimi Raikkonen in qualifying for the Italian Grand Prix.

“The stewards concluded that what appeared to be erratic movement of cars was due to a combination of circumstances which they, and the two drivers present, agreed was probably unavoidable and was not dangerous,” said the stewards in a statement.

“Car 44 [Hamilton] was leading a line of cars on an out lap – in order, cars six [Latifi], 31 [Ocon] and 7 [Raikkonen], plus others. On the approach to turn 11 [Parabolica], car six slowed (ref telemetry) in order to achieve a reasonable gap to car 44 in front. This caused car 31 to have to take avoiding action by moving to the left, which caused car 7 to have to brake and move.”

Raikkonen was also heard complaining about Ocon’s driving later in the session, when both were on their flying laps. This was not the subject of the stewards’ investigation.

22 comments on “Ocon cleared of impeding Raikkonen in qualifying”