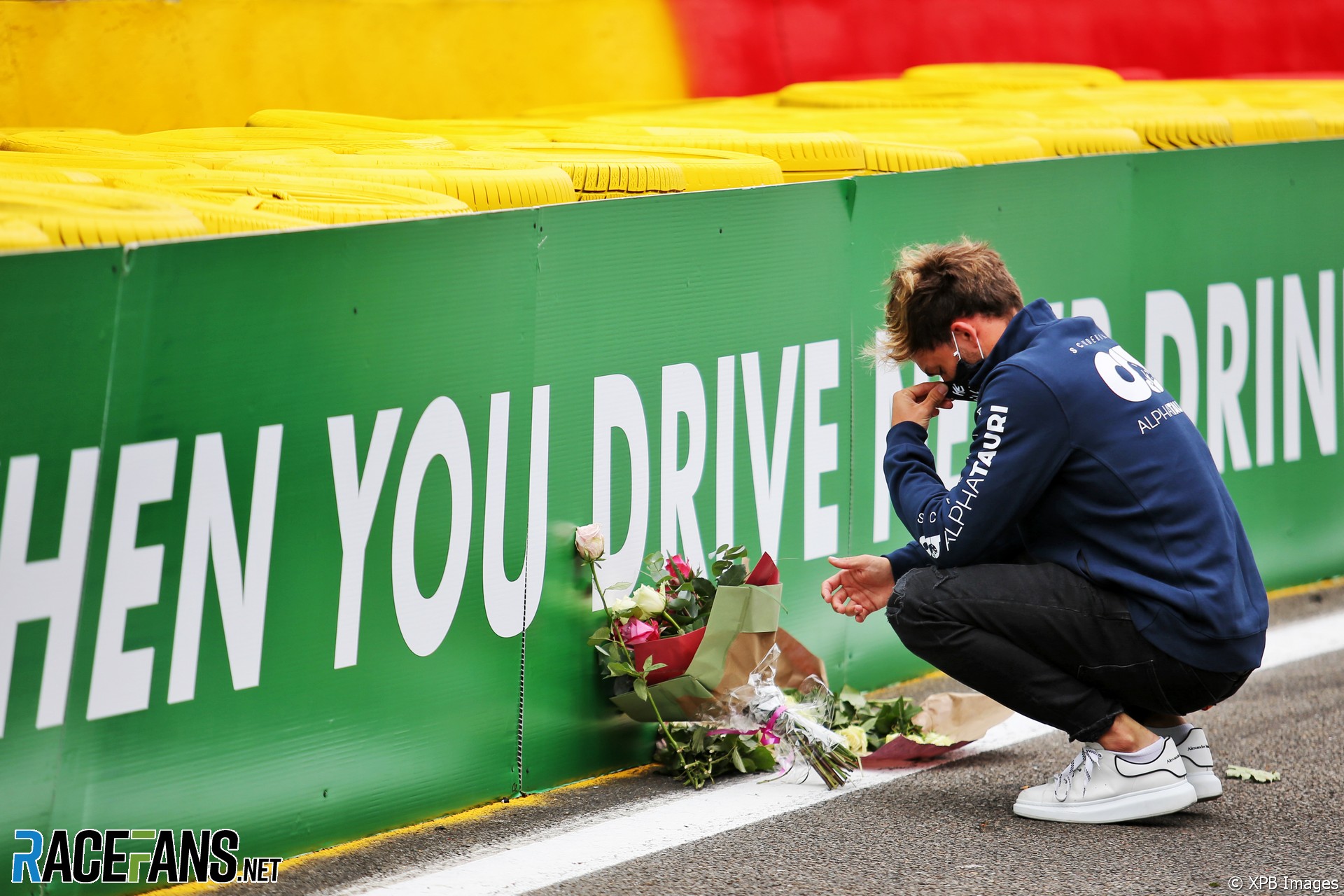 Pierre Gasly admitted he is finding it difficult to come to terms with the loss of his friend Anthoine Hubert, who died in a crash at Spa-Francorchamps 12 months ago.

The pair grew up together in karting and junior single-seater racing categories and went to a school run by the French motorsport federation.

“I have thousands of memories of Antoine and I was lucky to grow up with him,” said Gasly. “From my first season in karting when I was nine I started to race against him. Then from the age of 13 we both decided to leave our homes to go in that school that the federation sort of built for us, for drivers.

“We were the only three French drivers to make the move. There was Anthoine, another French driver and myself. From the age of 13 ’til I was 18 I spent basically from 7:30 breakfast in the morning ’til 10pm in the evening, each single day together. We were in the same classes, we were training together, we were racing together. So it’s difficult to pick only one [memory].

“There was consistent competition, whether we were in the class, when we were training together. If he was doing 15 push-ups, I would do 16 and then he would try 17. If we would play PlayStation we would spend hours just to beat the time of each other on Gran Turismo or the Formula 1 game.”

Gasly said Hubert was “a very smart guy, very dedicated in everything he was doing and that’s why I had huge respect for him.” He credited Hubert’s influence for making him a better driver.

“[He was] a rival but at the same time I truly know that I would have never achieved what I did without growing with him, because we were pushing each other so much, whether it was on-track or off the track. It just made me a better athlete, made me a better driver and always pushed myself to deliver more, find more within myself. It’s been part of my self-development as a person and as a driver and I can only be grateful for that.”

Returning to Spa has “been quite hard and strange”, said Gasly, “because Spa is my favourite tracks and I always came here with great memories from my first win in single-seaters and Formula 4, two-litres and GP2 and the different wins I had here. This year is a different story because soon as I put one foot in the paddock I just have these images that come back in my mind and things I don’t want to accept or I struggle to accept.”

Gasly stopped to lay flowers at the scene of Hubert’s crash at Raidillon when he walked around the track today.

“During the track walk I just had these images and footage in mind that I wish would have never happened. Unfortunately that’s the danger of our sport. It’s just hard to accept. Even doing this felt wrong, doing this special helmet and dropping these flowers.

“[I was] thinking how I was with him after Budapest last year. I had Sunday dinner with him and we shared a nice moment with his girlfriend and other friends on Sunday night after Budapest. This was the last time I saw him.

“He was one of the first ones to send me a text when Red Bull decided to put me back in Toro Rosso. For me, it’s just very hard to accept he’s not with us anymore.”