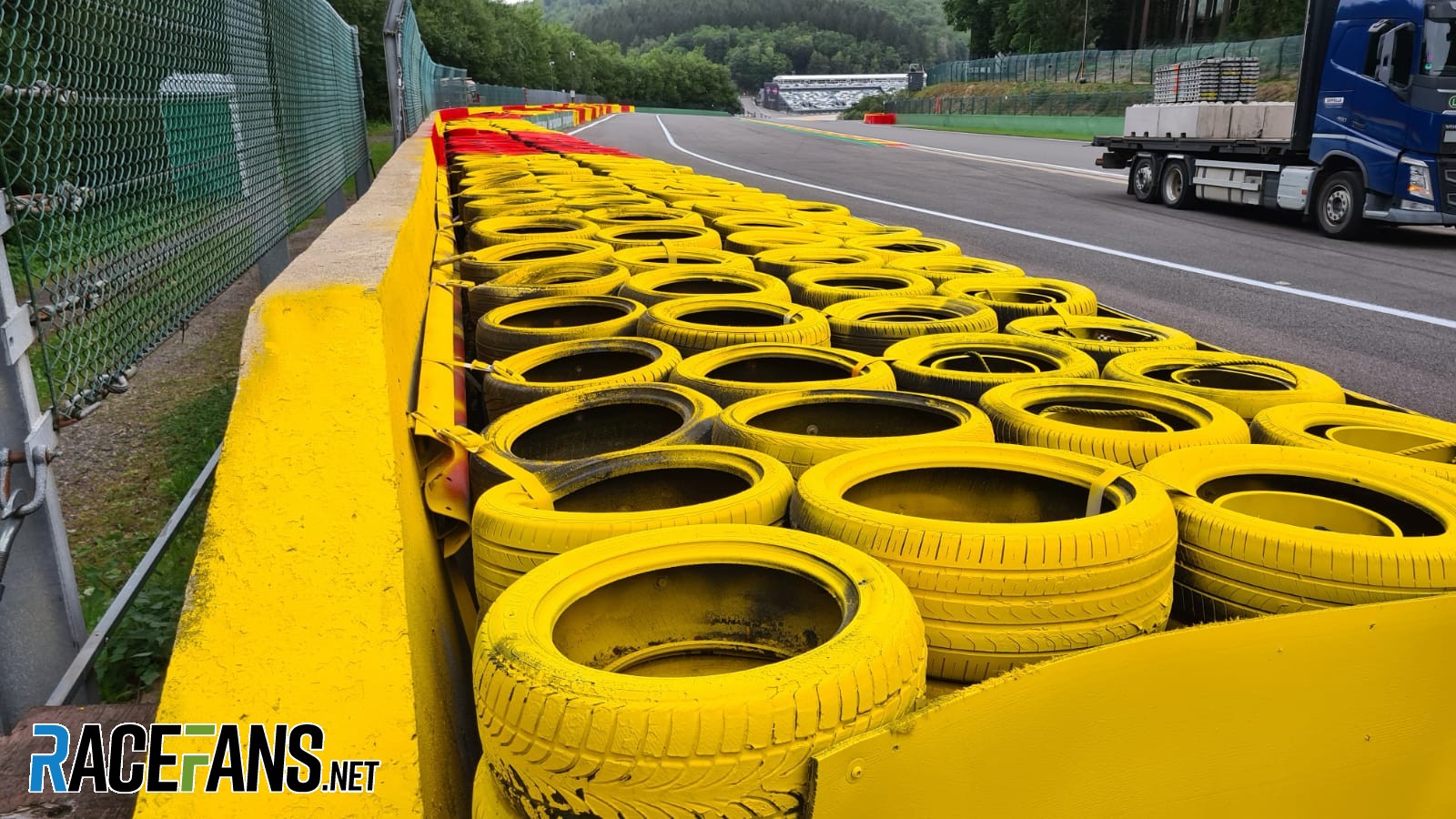 A tyre barrier which was struck by Anthoine Hubert during his fatal crash in last year’s Formula 2 feature race at Spa-Francorchamps has been altered ahead of this weekend’s Belgian Grand Prix.

Hubert struck a barrier at the exit of the Raidillon corner on the second lap of the race. The impact knocked him into the path of Juan Manuel Correa, whose car collided with Hubert’s.

F2 will return to the circuit for the first time since the crash this weekend as part of the support package for Formula 1’s Belgian Grand Prix.

The first section of barrier Hubert struck has been altered ahead of the race weekend. Previously the barrier at the exit of Raidillon, turn four, contained four rows of tyres for much of its length, then became two rows deep at the point where the secondary pit lane exit joins the track. For this year’s race, this section is now also four rows deep.

The FIA’s report on Hubert’s crash determined he collided with the barrier after damaging his front wing on Ralph Boschung’s car. The pair took evasive action in response to Giuliano Alesi ahead of them, who had crashed following a loss of tyre pressure.

Hubert lost control of his car due to his front wing damage and hit the barrier at 216kph (134mph), registering an impact of 33.7G, at an angle of around 40 degrees. “Following the impact and energy absorption by the barrier, the car was ejected and continued to travel in the racing direction while rotating, such that the left-hand side of the chassis was facing oncoming cars in the run-off area of turn four,” said the FIA’s report.

Correa also lost control of his car prior to the collision with Hubert after striking debris. The collision between the two impact sent Hubert’s car into a barrier a second time, following which it came to a rest. The race was red-flagged and not restarted, and the following day’s sprint race was also cancelled.

Today’s new edition of the RacingLines column on RaceFans looks at the safety changes motorsport is making in response to Hubert’s death and other serious crashes which happened in 2019.