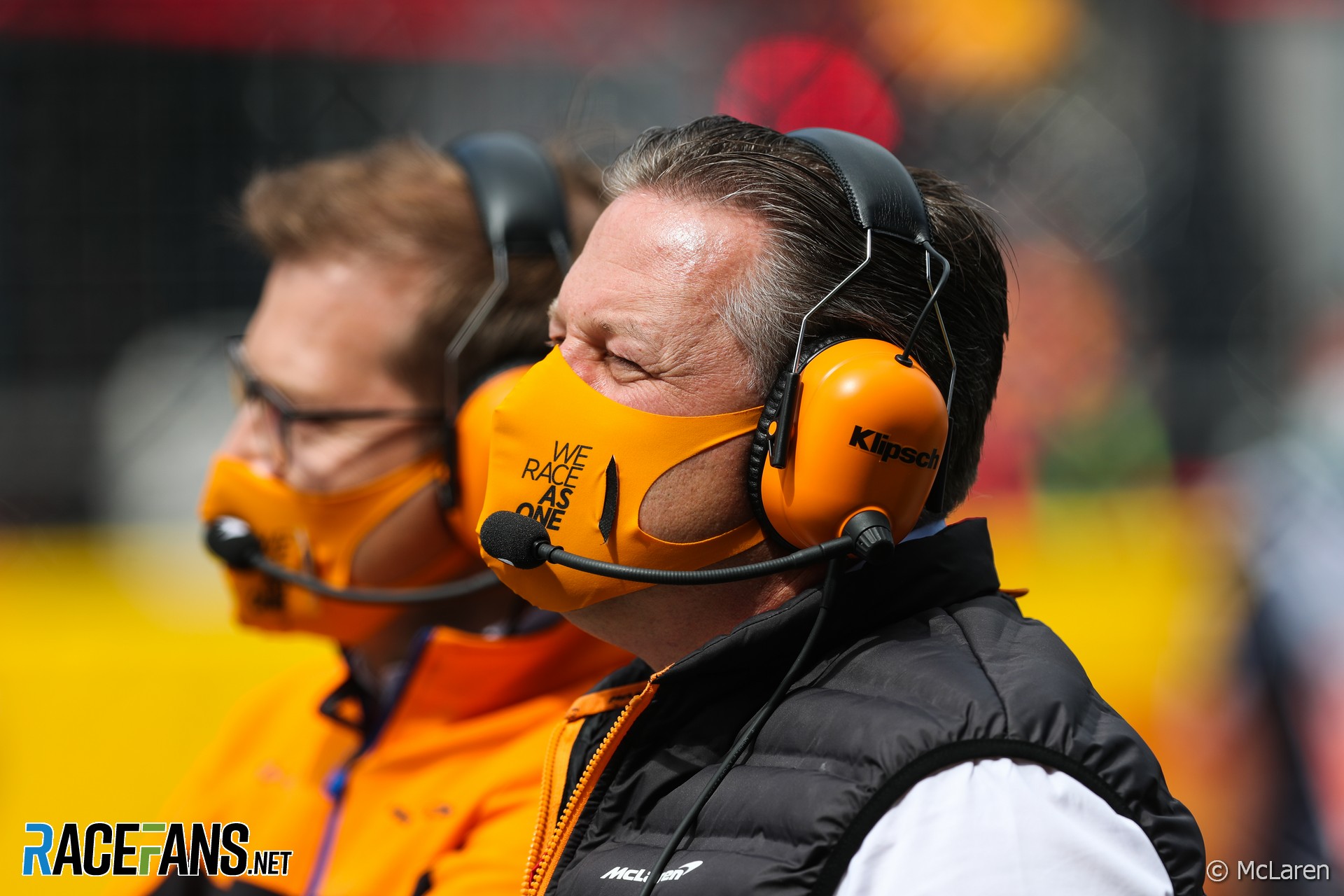 McLaren Racing CEO Zak Brown defended his running of the team after his opposite number at Racing Point Otmar Szafnauer said he was ‘surprised how little he knows about F1’.

The dispute between the pair began following Brown’s remarks on the FIA stewards’ verdict against Racing Point last week. Brown said it proved Racing Point’s claim to have only used photographs to copy elements of Mercedes’ 2019 car design was “BS”.

Szafnauer responded by saying Brown is “not an engineer” who’s “got no idea what he’s talking about” and “knows more about historic racing than he does about Formula 1.”

Sitting alongside Szafnauer in today’s FIA press conference, Brown said: “I thought a lot of what Otmar said was accurate. I’m not an engineer. I don’t know the rule book first page to the last page.

“But as CEO you have a racing team and it’s their job to know the rule book and the regulations.”

Racing Point was fined €400,000 and give a 15-point deduction after being found to have broken the rules last week.

“In my time here leading McLaren I’ve never been fined a dollar, let alone four hundred thousand,” continued Brown. “I’ve never been docked points – I think Otmar thought it was seven and a half points until Sky television pointed out it was 15.

“As far as historic racing, I think people that know me know I enjoy historic racing and I’d invite Otmar to come join me because he’s got a historic car that he’s currently racing.”

McLaren originally notified the FIA it intended to appeal against the Racing Point decision, but later opted not to proceed.

“What drove our decision was our being comfortable that the FIA recognises this issue, says they don’t like this issue and they want to change it moving forward,” said Brown.