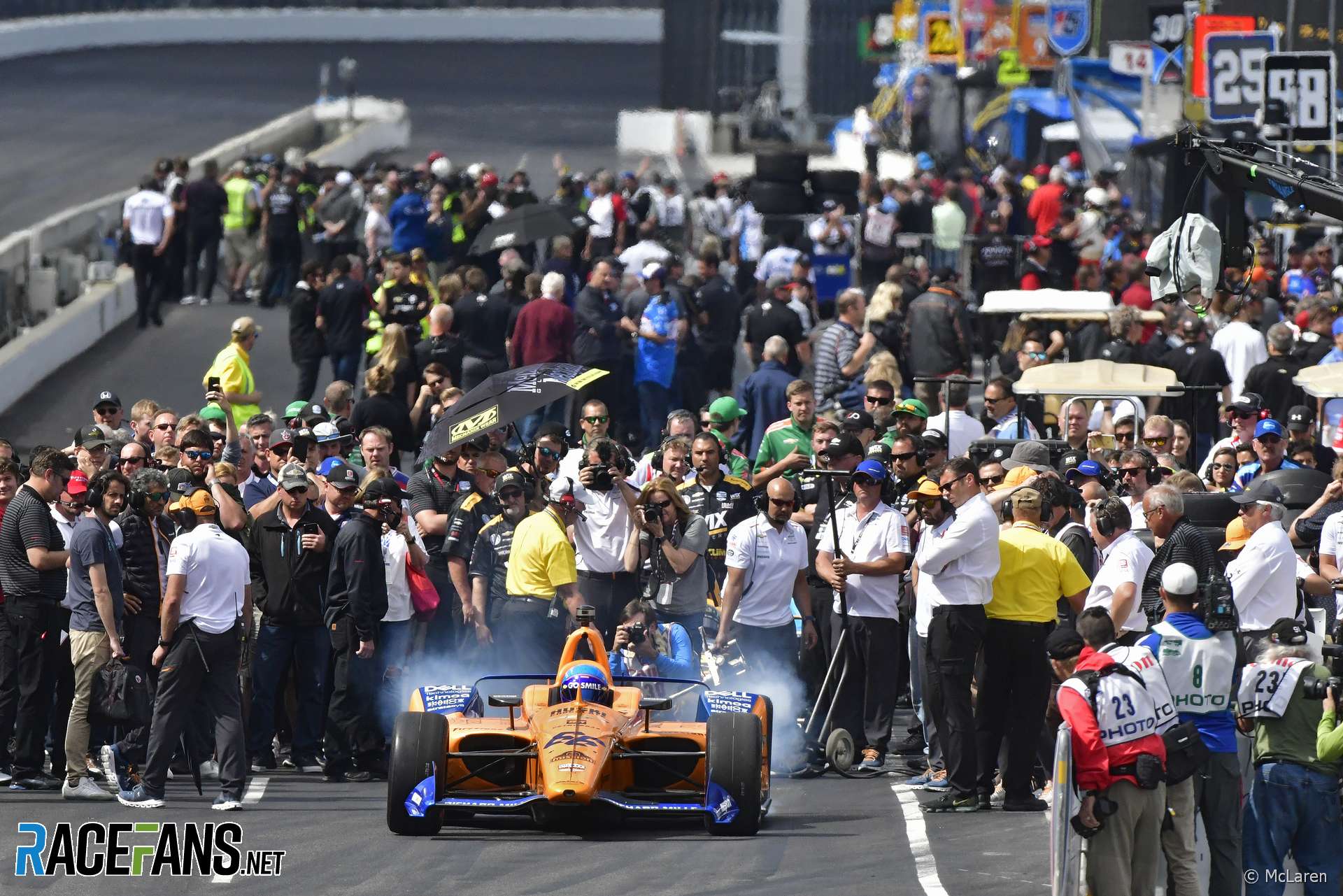 Fernando Alonso will be spared a repeat of his failure to qualify for the 2019 Indianapolis 500 when he returns to the Brickyard this month.

IndyCar has confirmed 33 cars for the postponed running of its blue riband race. With the same number of places on the grid for race, all drivers stand to qualify for this year’s event.

Last year 36 cars entered the race. Alonso was among the three who failed to qualify, along with Max Chilton and Patricio O’Ward.

He is returning to the race with McLaren SP, the entry formed by McLaren and Schimdt Peterson over the winter, alongside the team’s two full-time drivers O’Ward and Oliver Askew.

It will be Alonso’s third attempt to complete his ‘Triple Crown’ of victories in the Monaco Grand Prix, Le Mans 24 Hours and Indianapolis 500. Alonso already has two wins apiece at Monaco and La Sarthe.

He will be up against eight previous winners of the 500. Scott Dixon, Ryan Hunter-Reay, Alexander Rossi, Takuma Sato, Will Power, Simon Pagenaud and Tony Kanaan have all run the race once, while three-times winner Helio Castroneves is seeking a record-equalling fourth win. Josef Newgarden, the reigning, two-time IndyCar champion, is bidding for his first Indianapolis 500 victory.

Alonso will be part of a three-strong McLaren SP line-up. Ganassi will have its regular trio of drivers, while Penske has expanded to four and Andretti will field a total of six.

The race has been postponed from its usual May weekend to August due to the Covid-19 pandemic, and will be held behind closed doors with no spectators present.