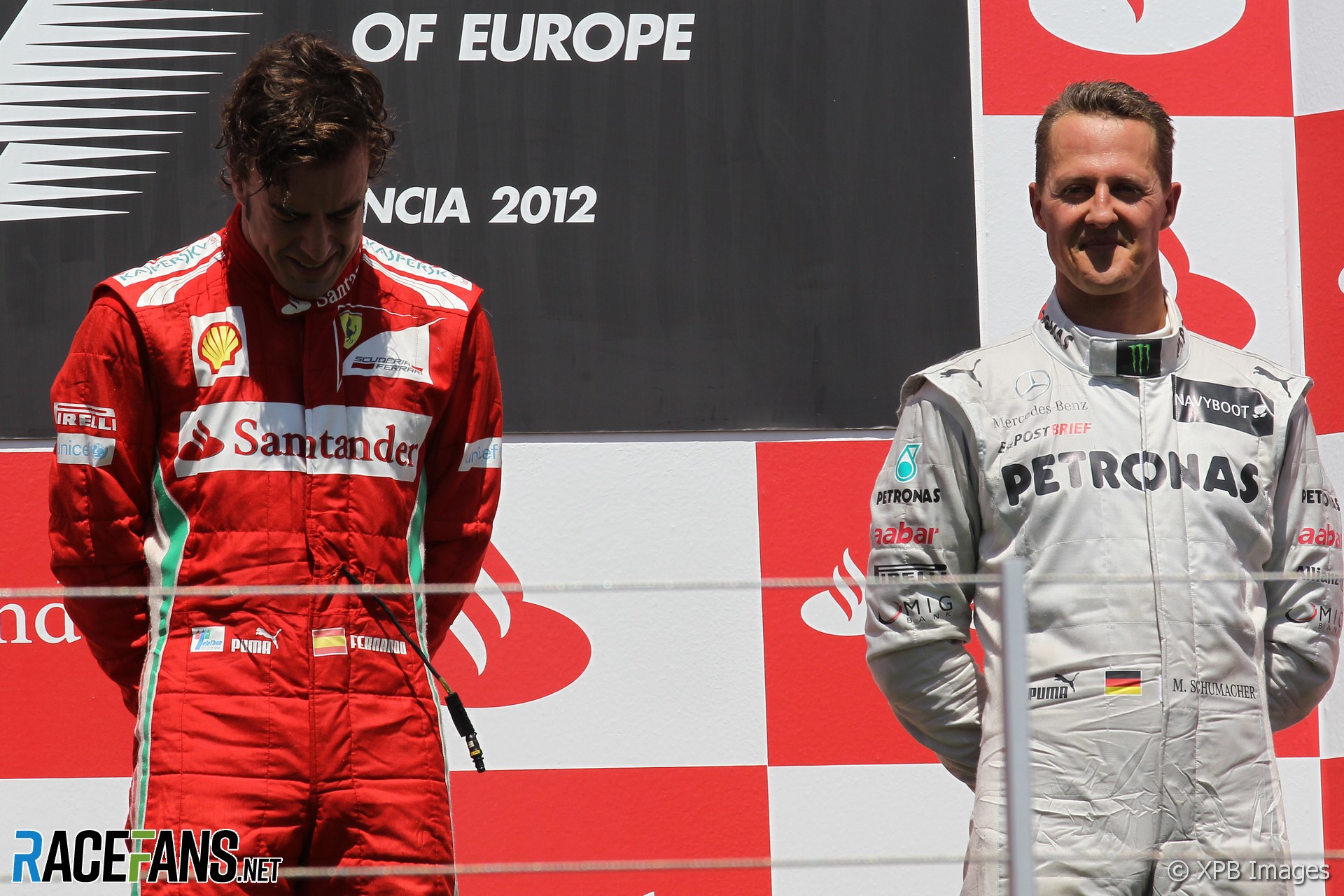 Lewis Hamilton missed his chance to score his second home win in eight days yesterday, but he did equal another all-time Formula 1 record.

He came in second, which was the 155th time he has officially finished in the top three, putting him level with the record held by Michael Schumacher.

Hamilton took 14 years to equal a record Schumacher built over two decades, between the 1992 Mexican Grand Prix and 2012 European Grand Prix. However Schumacher’s 154th podium came in 2006 – it took him another six years to bag the final one, including a three-year spell out of the sport.

Mercedes’ formidable performance over the opening rounds prompted speculation they might win every race. Max Verstappen ensured that talk went no further with his first win of the season.

It was the ninth victory of his career. The sport’s only other nine-time winner is Mark Webber, who won twice at Silverstone, including his final victory in 2012.

Webber’s tally of pole positions was equalled by Valtteri Bottas. He now has 13, which also puts him level with world champions Graham Hill, Jack Brabham and Jacques Villeneuve, plus Jacky Ickx and Juan Pablo Montoya.

Nico Hulkenberg scored his first points since returning to Formula 1 and his first for Racing Point – though he previously drove for the same team when it was called Force India.

The FIA’s verdict on Racing Point on Friday confiscated 15 of their world championship points. This was an unusual decision for two reasons: The drivers were exempt, and the number of points deducted did not correspond to those scored in the disputed races – Racing Point scored 34 points in the Styrian, Hungarian and British Grands Prix.

The former is unusual but not unprecedented. The International Sporting Code states that under special circumstances the stewards can confiscate points from teams or drivers individually.

Indeed Racing Point – when it was Force India – had all its points from the first 12 races of 2018 removed following its mid-season change of owner, but its drivers were unaffected. Similarly 2007 McLaren had all their points from every race removed, but Hamilton and Fernando Alonso finished second and third in the championship.

There are also examples from individual races, such as the 2000 Austrian Grand Prix. Among drivers, Schumacher famously lost all the points he scored in the 1997 world championship.

However it is highly unusual for the stewards to specify the number of points which are deducted, rather than simply take away all the points scored at a given race or races. That may still be reversed, of course, if Racing Point proceed with an appeal and are successful.

Have you spotted any other interesting stats and facts from the 70th Anniversary Grand Prix? Share them in the comments.