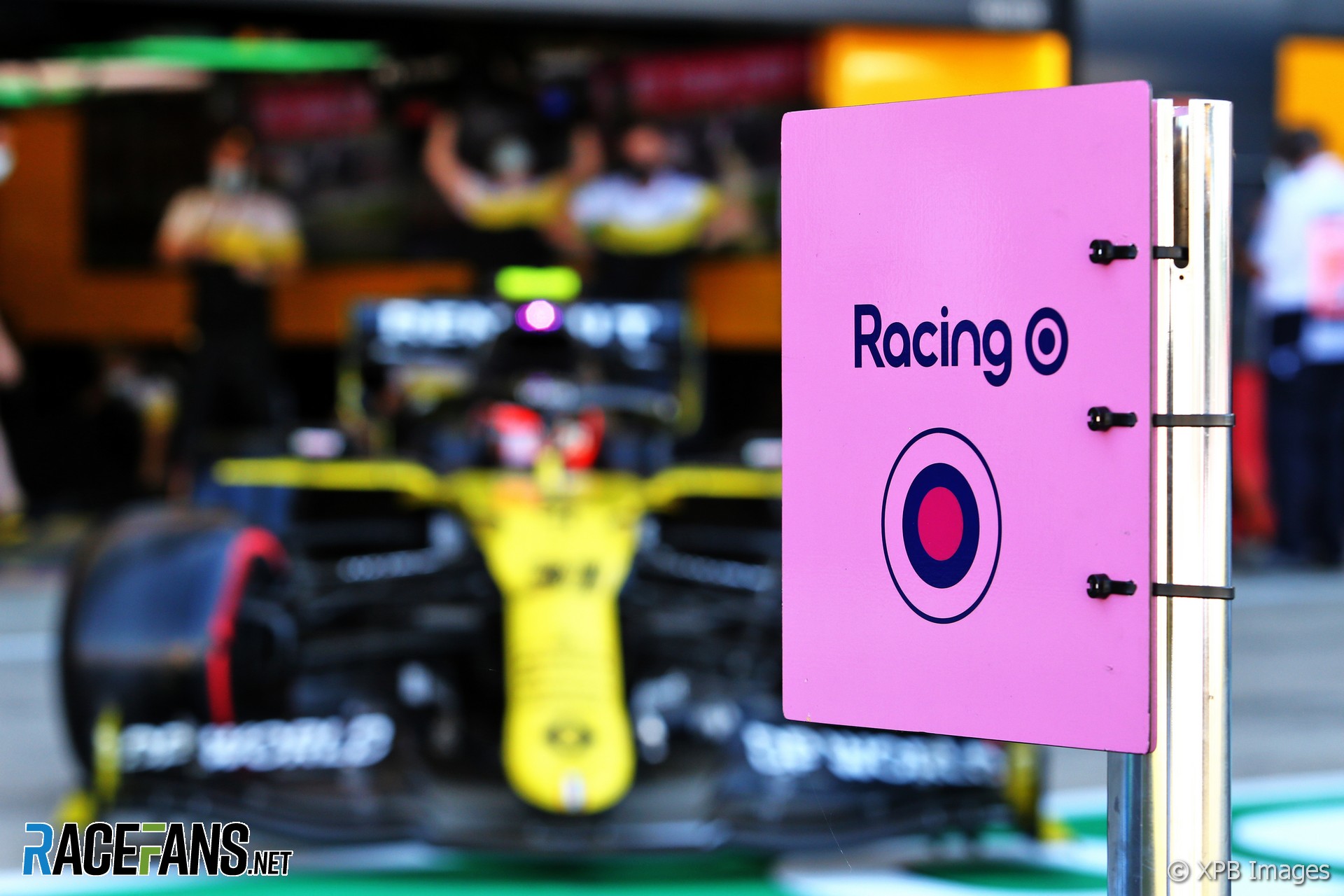 In upholding the protests in the Renault versus Racing Point ‘Listed Parts’ matter, the four stewards charged with unravelling the various narratives faced a number of vexing contradictions, with the cross-over points between sporting and technical matters being just one of the crucial factors that occupied their minds.

Although the former’s protest revolved around the legality of the front and rear brake ducts fitted to the Racing Point RP20, there were no suggestions or inferences by any of the parties that they are or were technically illegal. Indeed, precisely the opposite: the brake ducts fulfil every requirement as outlined in the Technical Regulations. Had they not, the matter would have been dispensed within five minutes after the initial protest.

The protest – and thus the verdict which upheld the protest – revolved around the sporting legality of what are technical components; whether Racing Point’s interpretation of appendix six of the Sporting Regulations permits the use of design either copied from a 2019 component or previously used by another team. It states:

The reason for the “either/or” provision above is fundamental to this matter. Racing Point in 2019 acquired usage rights from Mercedes F1 to the front and rear brake ducts – which provide substantial aerodynamic effects by being akin to 12-inch fans revolving at up to 350km/h. But RaceFans understands the rear brake ducts sourced were not fitted to RP19 as they were intended to complement a high-rake car design, and thus incompatible. This year’s car is low-rake.

Thus, the stewards were required to rule on two different usage parameters: the protested team argued it had studied and understood the front brake ducts and was thus able to design their own, but clearly could not submit a similarly compelling argument for the rear designs. Further complicating the matter is that in 2019 out-sourcing of brake ducts was legal; Appendix 6 was amended this year to include brake ducts under “Listed Parts’.

The primary question was, therefore: Is Racing Point legally permitted to use design rights from 2019 components in 2020 – whether previously used or not – despite appendix six? The team, after all, designed its car in 2019 for the 2020 season, although it admitted during the hearing to having had a transfer of parts from Mercedes on 6th January 2020.

In addition, Mercedes had provided CAD models of brake ducts to Racing Point on 10 different dates between November 2018 and October 2019 – despite the ‘listing’ of brake ducts for 2020 having been ratified by the FIA World Motor Sport Council on 4th June 2019. These CAD models were used to develop the rear brake ducts.

In F1-speak, the design of a component includes the entire process from concept to final designs and/or models, whereas Racing Point submitted that it referred only to the latter design stage. Despite it being customary to do so in cases of doubt, Racing Point did not canvas FIA opinions as to the legality of its plans to use Mercedes brake ducts. The stewards decided that the answer would have been a definite “no”.

Thus, the definition, the spirit or intention of the regulations was a deciding factor in the verdict, which could be overruled, either by the FIA International Court of Appeal or, as last resort, France’s Tribunal de Grande Instance. A FIA verdict was last escalated to the French equivalent of the High or Supreme Court ten years ago, after the Max Mosley administration handed down a ban on Flavio Briatore for his alleged role in ‘Crashgate’.

Just as there are no doubts that both sets of brake ducts were and are absolutely legal in terms of the technical regulations – if not the sporting regulations – there are zero doubts that the designated four stewards for this hearing are suitably qualified to reach a verdict. They are:

According to sources the verdict was unanimous albeit knife-edge – although the chairman, in this case Ennser, held the casting vote should it have been required.

How does the matter proceed from here? Racing Point was stripped of 15 points scored in the constructors championship and fined €400,000 (£360,000) in total for the Styrian Grand Prix breaches. In addition, reprimands for using ‘illegal’ cars (in sporting terms) in Hungary and Silverstone copped the team a reprimand per event. The drivers have not, though, been similarly penalised due to the uniqueness of the case.

Rather perversely, perhaps, the stewards decided that it would be unreasonable to expect Racing Point to start the brake duct process from scratch as it would be impossible for the team to ‘forget’ what it had learned from the contentious components. Thus they will be able to race on using the ‘illegal’ parts this year.

Clearly Mercedes F1 is an accessory in all this, having supplied CAD models to Racing Point during this year. That raises questions about comments made in Hungary about the saga by Mercedes F1 CEO Toto Wolff’s – a close friend of Racing Point boss Lawrence Stroll and shareholder in Aston Martin, of which Stroll is chairman and title sponsor of Racing Point from 2021.

“The Racing Point is a podium contender,” Wolff said, “if not a race-winning contender going forward. And it proves that with the right leadership, the right decision-making process and the right funding, you can actually accelerate your development curve. So [there’s] lessons to be learned and I’m happy to see them [in contention].” A lesson in what, exactly? The right decision-making?

One wonders what Mercedes chairman and head of Mercedes cars Ola Källenius makes of all this, for the brand is certainly implicated, even if only peripherally. With Wolff’s contract renewal (possibly) looming by year-end and the 2021-5 Concorde Agreement still yet to be signed, one wonders whether the Swede’s pen will hover slightly longer.

During last week’s Friday press conference Racing Point CEO Otmar Szafnauer was asked by RaceFans what action would be taken internally should the steward’s verdict find the team to be in breach of the regulations.

“I hate to answer hypothetical questions,” he said. “It’s not going to go against us. It’s pretty clear we didn’t contravene any of the rules. The FIA came and looked and checked, they’re happy that we didn’t [break the rules], but the stewards didn’t come and look and check and now there’s a protest against us. We’ve got to take the data that we showed to the FIA already, and show that to the stewards.”

That question is no longer hypothetical. That said, a declaration of intention to appeal can be expected, but whether the teams takes it as high as the ICA remains to be seen.

The verdict was clearly thought through diligently and is correct in view of the provisions of the regulations and the subsequent exchanges of CAD models and data between Racing Point and Mercedes.

However, rival team bosses believe that the fines and points penalty are too lenient as the points forfeit equals a single third place, yet allows Racing Point to race on with what one described as ‘bent cars’. The same person also questioned whether sanctions would be applied by the FIA against the responsible persons in both Racing Point and Mercedes in terms of Clause 2.6.4 of the ISC, the certificate of registration for staff.

While such drastic action is considered unlikely, it does indicate the level of wrath in the paddock over Racing Point’s antics, and by extension the complicity of Mercedes. Clearly appendix six needs to be revisited to maintain the integrity of F1 as a championship for constructors of racing cars.

Small wonder that shortly after the 14-page verdict landed, the FIA’s head of single-seater matters Nikolas Tombazis intended they intend to do just that, indicating the sport’s governing body considers a grid full of Mercedes clones an unappealing prospect.

41 comments on “Analysis: How Renault’s Racing Point protest led the FIA to revise its rules on ‘clone cars’”