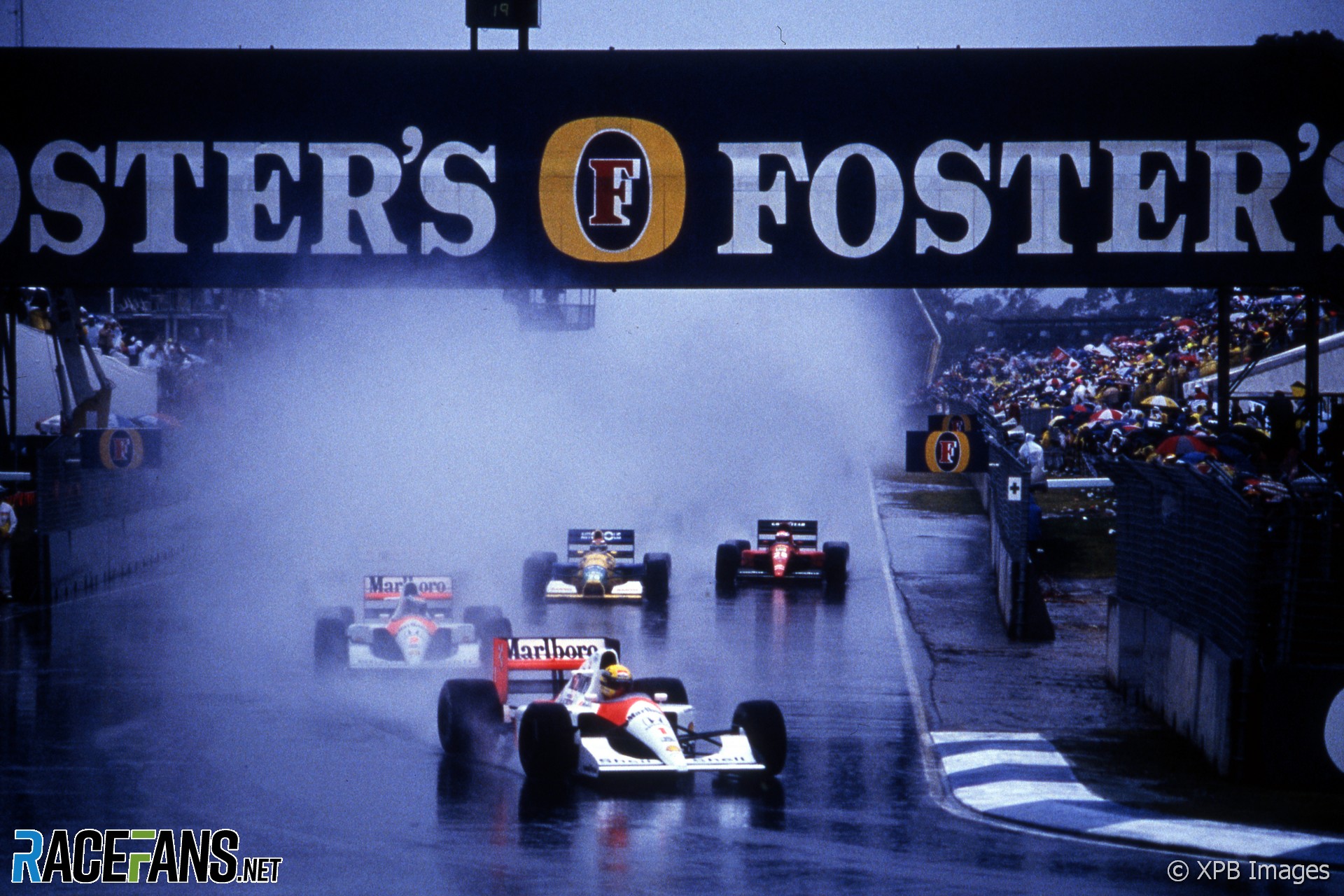 Lewis Hamilton has overtaken his hero Ayrton Senna to set another Formula 1 record with his victory in yesterday’s British Grand Prix.

Despite his last-lap puncture, Hamilton led every lap on Sunday, the 20th time in his career he has done so. That moves him ahead of Senna’s former record of 19.

Interestingly, one-quarter of Hamilton’s lights-to-flag victories occured last season. Sunday’s was his first of 2020. Senna’s final such victory came in the 1991 Australian Grand Prix (pictured), which lasted just 14 laps before being red-flagged, and is the shortest F1 race of all time.

Mercedes led their 27th race in a row last weekend, one shy of their longest such run, and four short of the all-time record held by Williams.

Hamilton also started the race from pole position, but was again denied a ‘grand slam’ by Max Verstappen, who set the fastest lap on the final tour. Had Mercedes pitted Hamilton on the penultimate lap, which they could have done without losing him the lead, he might have done it, and also been spared that heart-stopping conclusion to the race.

Verstappen’s fastest lap was the eighth of his career, putting him level with James Hunt, Gilles Villeneuve, Ralf Schumacher and Jenson Button.

Hamilton latest win leaves him four victories away from matching Michael Schumacher’s record of 91. This is also the number of pole positions Hamilton now has.

While Hamilton beat Alain Prost’s record for most wins in his home grand prix, he is still short of Schumacher’s record for most wins in his home country. Prost won the French Grand Prix six times, but Hamilton just scored a seventh British Grand Prix weekend. Schumacher, meanwhile, won nine grands prix in Germany: Four German Grands Prix at the Hockenheimring and five European Grands Prix at the Nurburgring.

Second-placed Verstappen reached a milestone with his 106th grand prix start: he has now contested as many races as his father Jos Verstappen, who raced in F1 between 1994 and 2003.

As team principal Cyril Abiteboul pointed out, Renault enjoyed one of their best results since returning to F1. Fourth place for Daniel Ricciardo and sixth for Esteban Ocon netted 20 points towards their championship total, more than they scored in the first three races combined, and almost as good as the fourth/fifth the team bagged at Monza last year.

Finally, despite running in the top five for the second race in a row, Romain Grosjean failed to score. It’s now been over a year since the Haas driver last scored a point.

Have you spotted any other interesting stats and facts from the British Grand Prix? Share them in the comments.