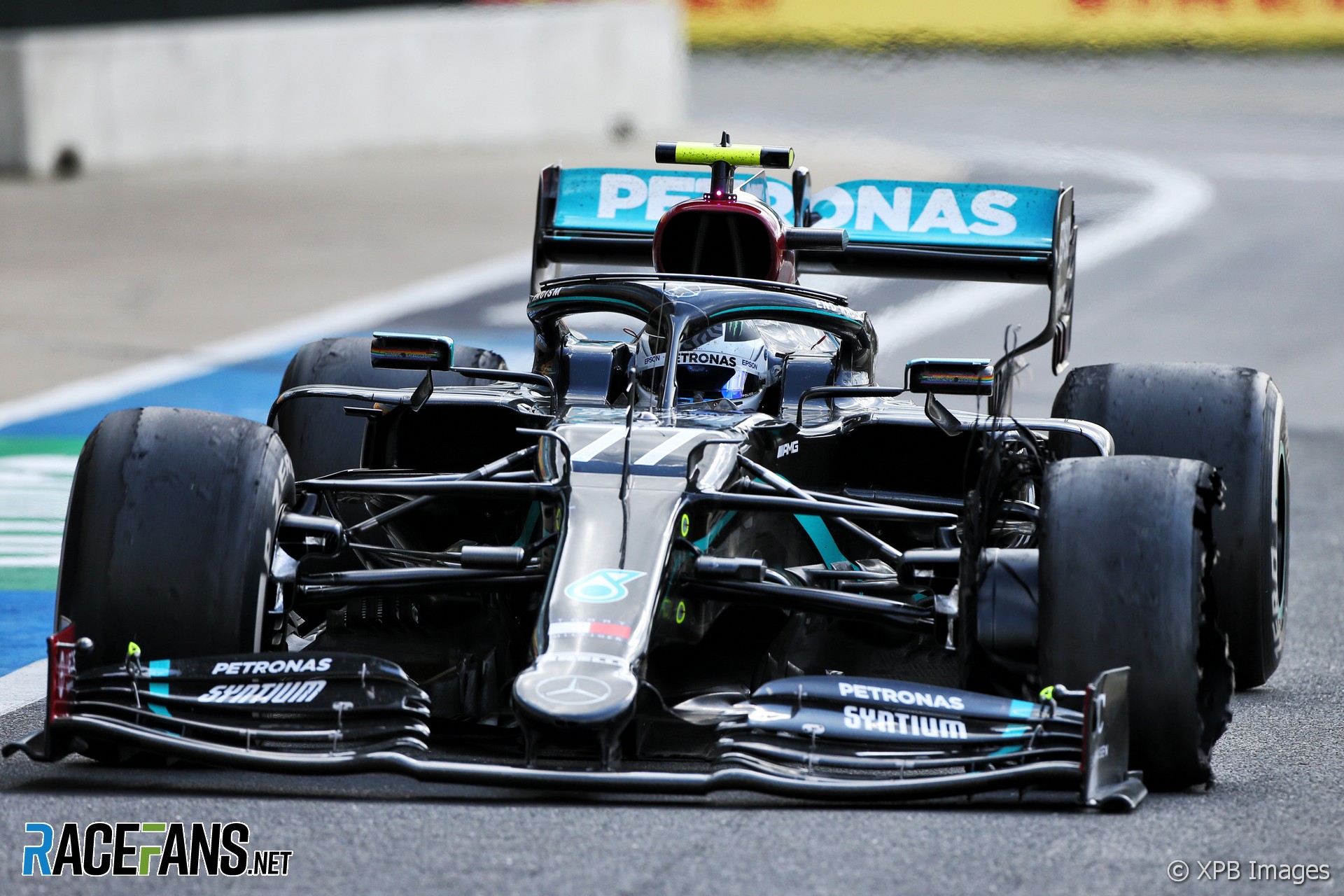 Formula 1’s official tyre supplier Pirelli is aiming to get to the bottom of its British Grand Prix tyre failures within the next 48 hours.

Mercedes drivers Lewis Hamilton and Valtteri Bottas, plus McLaren’s Carlos Sainz Jnr, all suffered punctures in the final laps of the race. Hamilton won the race after crossing the line with a blown front-left tyre.

“We will obviously investigate what happened in the last few laps,” said Pirelli’s head of motor sport Mario Isola. “It’s a bit early now to give you any conclusion.”

The circumstances of the race indicate a combination of high tyre wear plus debris on the track left by Kimi Raikkonen and others may have led to the failures, said Isola.

“It could be high wear because for sure, tyres with 38 laps or more on this circuit are quite worn. But I’m not saying that the wear is the cause of the issue.

“It can be debris because some pieces of the front wing of Kimi that were on track, but also some other debris. So that’s why we want to investigate on not only the tyres being a failure, but all the tyres used in the last few laps of the race to understand if we find any other cut or any other possible indication on what happened.”

Some drivers had levels of tyre wear which were “close to 100%”, said Isola. He wants to complete the investigation quickly as F1 will race at the same circuit next weekend, with softer tyre compounds.

“We have the possibility to do some analysis on our laboratories here are on track,” he said. “It is clear that we don’t have a lot of time to carry on with the investigation because we have another race in less than one week. So we have to come to a conclusion as soon as possible.

“The target is to have something more hopefully by tomorrow or Tuesday at the latest.”