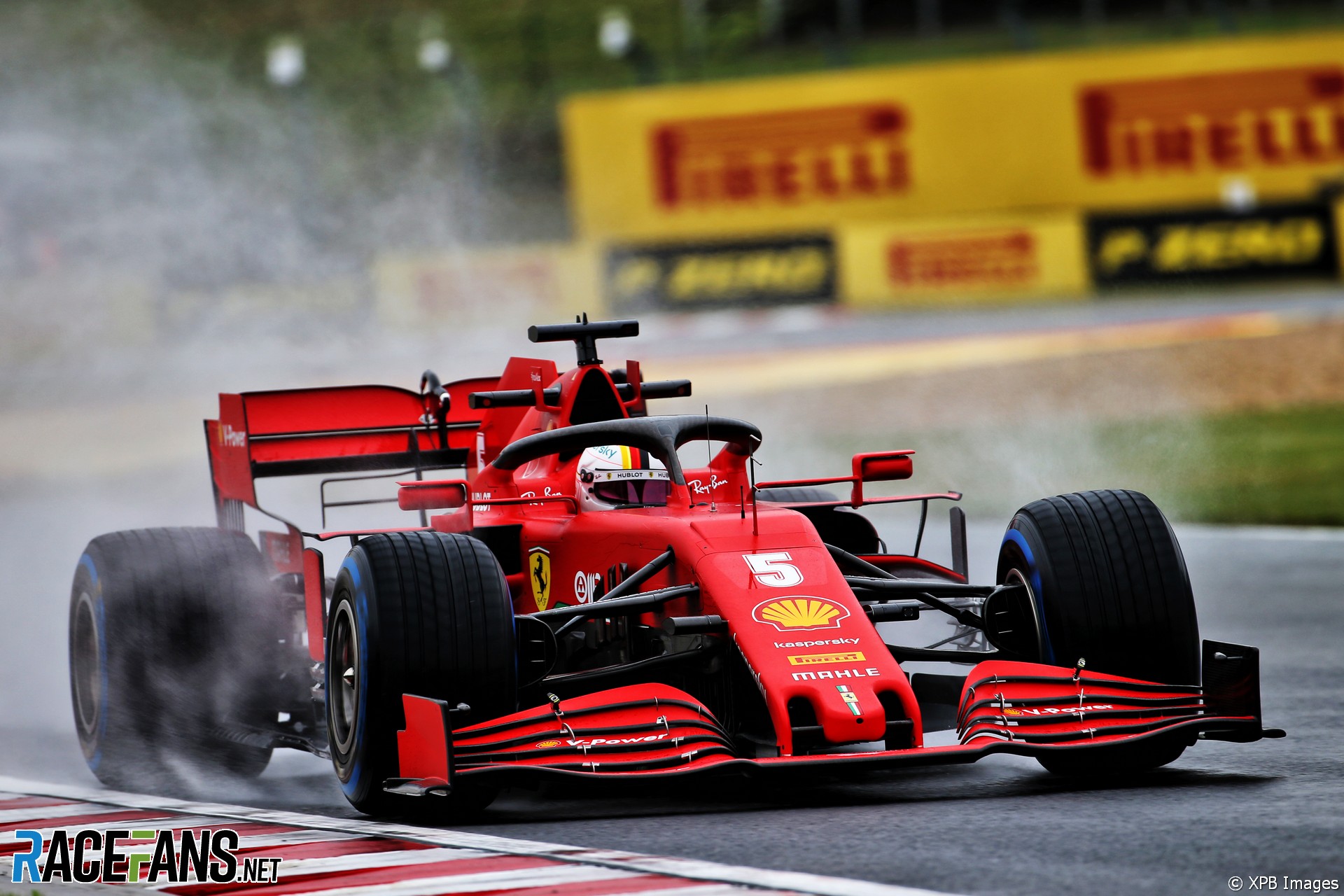 Ferrari headed an official practice session for the first time in the 2020 F1 season as Sebastian Vettel led a very wet 90 minutes of running at the Hungaroring.

Conditions deteriorated significantly in between Friday’s two practice sessions, so much so that qualifying for the Formula 3 race had to be called off due to the amount of water on the track.

Several Formula 1 drivers did not more than a handful of installation laps rather than risk damaging their cars as the third grand prix meeting in as many weekends continued. The Williams and Renault drivers were among those who decided not to set times, along with Lewis Hamilton, Alexander Albon and Kevin Magnussen.

Vettel covered 12 laps in his Ferrari – more than anyone bar Kimi Raikkonen, who missed the first practice session while Robert Kubica drove his car. Most of those who did venture out for laps locked a wheel or ran wide at some point, though impressively no one made contact with a barrier.

Vettel was among those who used a set of intermediate tyres when the conditions improved. His quickest time of 1’40.464 was well over 20 seconds off a typical dry lap time at the Hungaroring. Valtteri Bottas took second ahead of Carlos Sainz Jnr and the two Racing Point drivers.

Pierre Gasly, who did no laps in the morning practice session due to a problem with his Honda power unit, managed seven laps and was sixth. However he pitted after reporting a burning smell in his car late in the session.

A late lap by Max Verstappen, after the rain had intensified again, put the Red Bull drive seventh. Romain Grosjean, Kimi Raikkonen and the second Ferrari of Charles Leclerc completed the top 10.