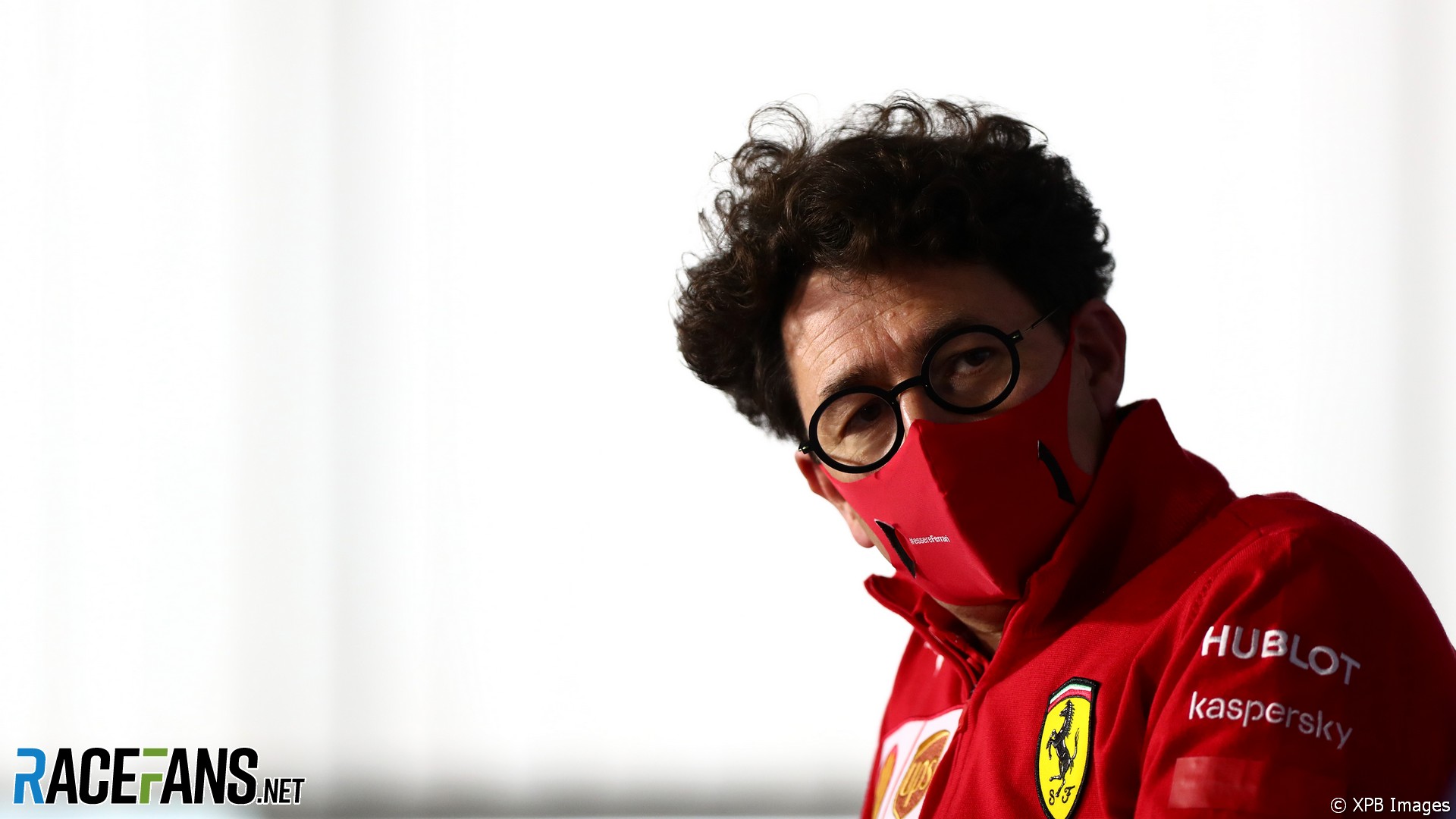 However he also indicated rival power unit manufacturers have been affected by the rules changes and new technical directives which were prompted by the FIA’s investigation into Ferrari’s power unit and the secret agreement which was reached between them.

“I think that the regulation is very difficult and complex,” said Binotto in today’s FIA press conference. “I think there are areas of the regulation of the power unit where maybe clarifications are still required.

“It’s an ongoing process which has always existed in the past, will exist in the future. Since last year a lot of TDs have been released eventually clarifying some of the areas of the regulations.

“Through those TDs we had to adapt ourselves. I don’t think it was only the case of Ferrari, I think looking at the power output of this season I think most of the other manufacturers somehow had to adapt themselves.

“But certainly as Ferrari we had to adapt and we, as a simple outcome of that, we lost some of the performance we had. I think that obviously now we’ve got a clearer situation in some areas of the regulations hopefully that again will continue if required for the future.”

Some upgrades the team intended to introduce this year will have to wait due to the disruption to the start of the season, Binotto added.

“The engine or power unit development is an ongoing process that we never stopped since 2012, which was probably when we started developing those engines. Now it’s been a long time that we were developing them. We were doing developments as well for this season that we will not be able to introduce during this season itself because we had the long shutdown period before the start of the season – which has not been the case for all the power unit manufacturers, by the way.

“But then obviously we will still develop and try to develop as much as we can by the start of next season. That’s one point.

“On the other side, as I said, I think there are still areas of the regulations that need to be clarified and hopefully that may be done in order that in the future at least there is sufficient clarity in the regulations to make sure that we’ve got all the same understanding.”