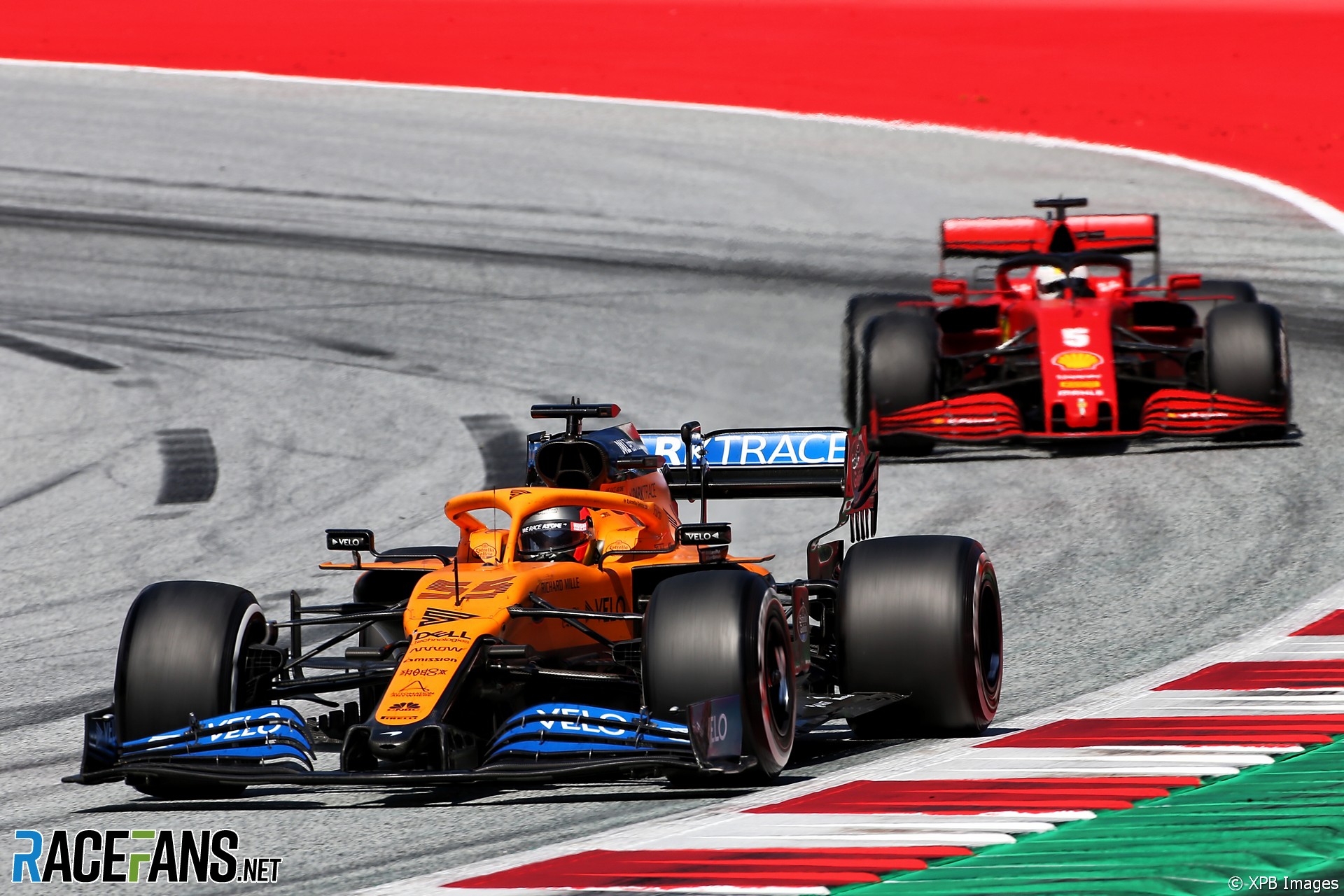 Carlos Sainz Jnr says he isn’t worrying about Ferrari’s downturn in form this year ahead of his move to the team for the 2021 F1 season.

After the first two races McLaren are second in the constructors’ championship, three places ahead of Ferrari. Sainz out-qualified both Ferraris last weekend, lining up a career-best third.

However when asked he made it clear he is not worrying about his future team’s form at the moment.

“Many people are asking me this question like if I am extremely worried or regretting my decision or anything,” he said. “And I feel like this is not a real question to be answered right now.

“I think it is way too early into a season, we all need to be a bit patient.”

Following the postponement of new technical regulations from 2021 to 2022, teams have been told they will only be allowed to make a limited number of changes to their cars for next season. Nonetheless Sainz expects Ferrari will be able to make useful gains with their current chassis.

“The good thing about Formula 1 is that this never stops and I’m not worried about what is happening now because in a year, in 360 days, everything could change. That’s why I’m focussing on the present, focussing on my time in McLaren.

“I said it 100 times in interviews that my main goal this year is to do as best as I can in McLaren and not focus on what is going on in Ferrari. And then as soon as this season is over, I will have time to to go into Ferrari and focus on that and see how we can make next season better on this one.”