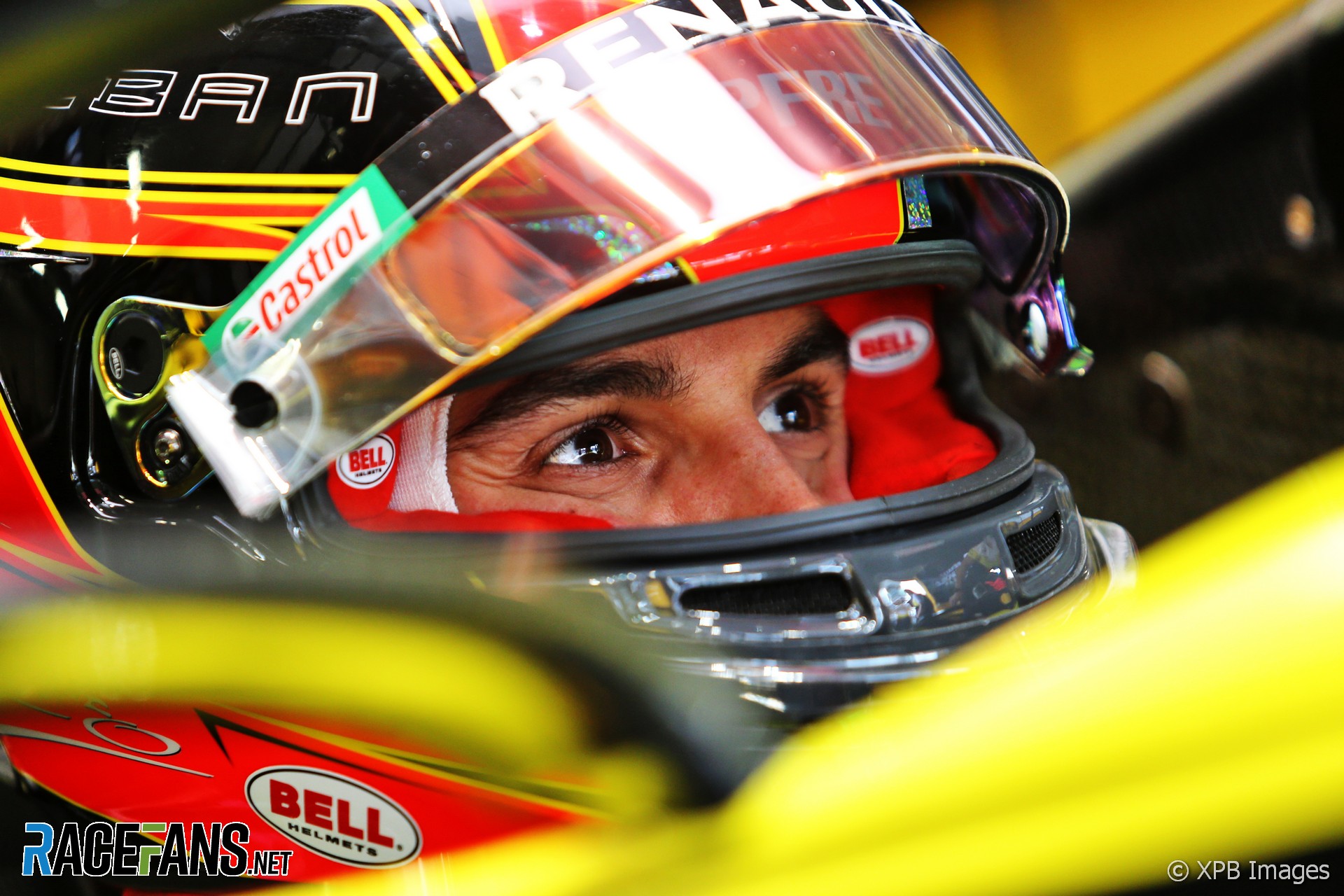 Esteban Ocon believes he would have qualified much closer to team mate Daniel Ricciardo if he’d been able to have a slipstream from another car during his qualifying run.

Ricciardo was the only Renault driver to reach Q3. Ocon went out in Q2 with a lap time over six tenths of a second slower than his team mate.

In conversation with his team after the session, Ocon was told he lost “easily four tenths” because he didn’t have a slipstream from another car.

Speaking to media after qualifying, Ocon said “having a tow seems a lot more powerful than it was back when I was driving a couple years ago with those new cars.”

“I think we if we had managed that better probably we’d have moved up the road as well,” he added.

Mercedes team principal Toto Wolff said the benefit of having a slipstream was “somewhere, depending on on the wind direction or so, between one and a half tends to three tenths.”

“We have the drivers alternating in who gets to choose when to go out,” added. Wolff. “Today it was Lewis [Hamilton’s] call and obviously he let Valtteri [Bottas] out first.”

During the session Ocon asked Renault about their plans to alternate the slipstream between drivers (below). Ricciardo complained about Red Bull’s arrangement at the circuit two years ago when his team mate was Max Verstappen.

23 comments on “Ocon: Lack of tow increased gap to Ricciardo”