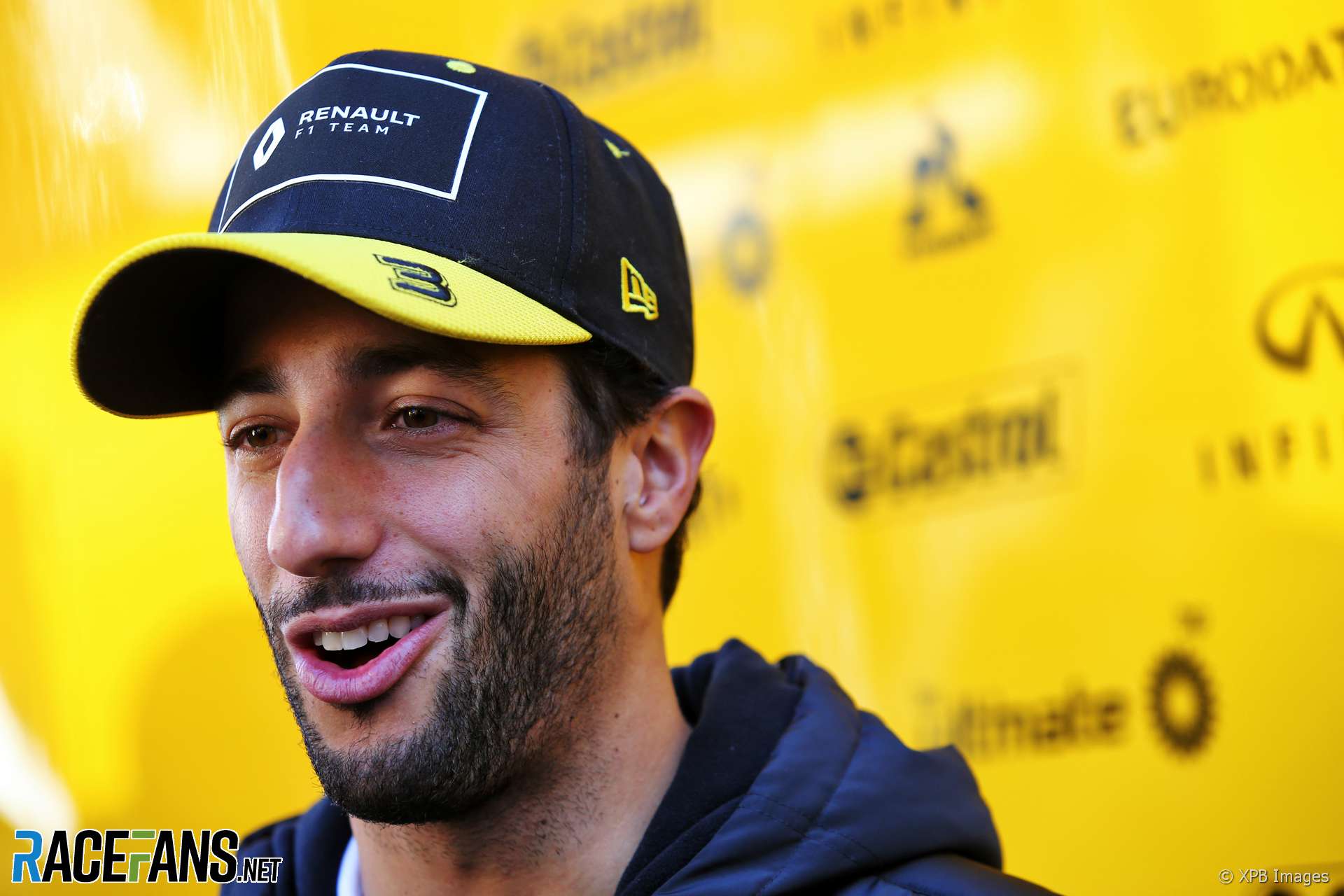 Daniel Ricciardo says he expects to get “back to business” as normal at Renault despite his decision to leave the team at the end of the year.

He joined Renault at the beginning of last year in a surprise move from Red Bull. But after just one season with the team, and before contesting his first race weekend in their new car, Ricciardo took the opportunity to sign a McLaren contract for 2021.

Ricciardo likened the situation to his departure from Red Bull in 2018. “Maybe the first time I see some people in the team there might be that moment of… I don’t know if the word’s ‘awkwardness’, but I went through it a couple of years ago,” he said.

“Actually I think because time has passed since the news now, I’ve spoke if not seen already some members of the team, and I think it’s really back to business. We’re all excited to get racing again as we know in a week and hopefully we get a bundle of races and hopefully we can get a chance to finish this out strong.

“So from my side it’s certainly put behind me and that’s not in my train of thought at the moment and it won’t be until next year. We’ll just get on with it.

“I’ve spent a couple days in the sim as well so I’ve seen a few people around the factory and no black eyes or punches in the stomach. So I think we’re all moving on and I’ll give it all for the rest of the year.”

Ricciardo’s team mate Esteban Ocon said he isn’t giving any consideration to taking over as team leader next year.

“I’m not thinking about that at all,” he said. “At the moment it’s already fantastic to be restarting the season.

“We know what are the targets. We know what we have to achieve on track. And I know what my job is. My job is to improve the car, give good feedback, give good info and new information for us to be improving.

“I’m very happy that the team has no number one and no number two, we are all on the same step and that’s how I want to approach the season.”

19 comments on “Ricciardo: No awkwardness at Renault despite decision to leave”