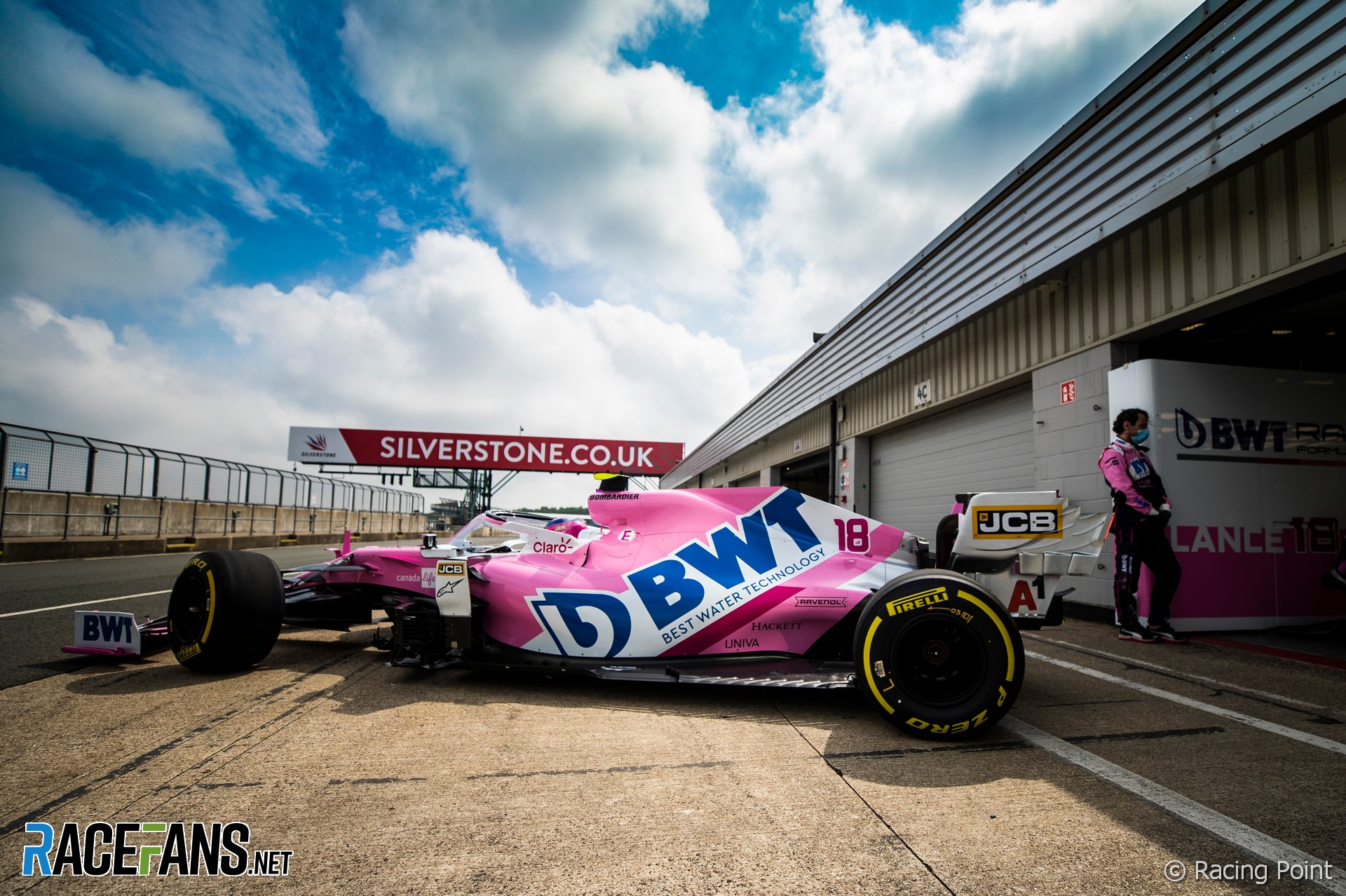 Yesterday Racing point became the first team to run their 2020 F1 car since pre-season testing as they held a promotional day at Silverstone.

The session gave the team the opportunity to adjust to the new procedures it will have to put in place to run its car during F1’s forthcoming race weekends behind closed doors.

Technical director Andrew Green said the team took “big learnings” from the session, but doubts it will give them a significant advantage over rival teams who haven’t done similar runs.

“Certain jobs now take a lot longer and we’ve got to try and manage that. We only have a certain amount of time trackside to work on the car when we’re in a race environment.

“We have curfews in place, so we have to now look at how long it takes to change and modify parts on the car that we would normally do, reschedule them to make sure that we are doing what we need to do during a race weekend and not contravening the curfew regulations. That’s a big part of what we were trying to learn yesterday.”

Changing parts deep inside the car may now take twice as long as before, said Green. A power unit change is “one that we hope we don’t have to hurry”, he said.

“We basically can only have certain members of the crew working on the car at any one time and that really does limit the speed at which you can do a power unit change. So depending on when the power unit change is required, it’s going to be very challenging.”

However he pointed out other teams do not need to run their cars at circuits to practice this kind of work. “You can attempt to do this work at factories if you wanted to,” he said. “We were just trying to put it in a live environment.

“By no means have we got all our protocols in place. It was definitely a big learning morning on a very steep learning curve. We’ll make modifications over the next few events to suit.

“We’re still learning but it did give us a real heads-up on how challenging race weekends are going to be whilst we’re trying to run the car.”

Nonetheless Green doesn’t expect the arrangements Racing Point have made to operate their cars will leave them at a disadvantage to their rivals.

“Maybe some teams will end up being slightly more efficient because of the way that they’ve adopted all the protocols that they’ve adopted. But we’ve got a set of protocols that we have to work to and we’re going to adapt and do the best we can. We don’t think we’re going to be disadvantaged significantly in any way because of these protocols. It’s much the same for everybody so we’re not worried about it.

“What you don’t want don’t want to do is try to do too much in a weekend now. That’s the clear message that we got out of it, we’ve got to be really careful that we focus on on the important part of the weekend, get that done right and efficiently, and then you look at all the other areas that are almost ‘nice to do’s. It just focuses your attention a lot more.”

Green believes careful pre-event preparation will make a big difference to how well the race weekend goes. “It is more a case of making sure the car is built correctly, I think, and robustly, so that we don’t have to go in and change things that we wouldn’t normally want to change.

“We’ll do what we can pre-event. But during an event, we will help maintain the reliability that we strive for. And we’ve got two drivers who should be aware that if they do go off during a practice session and do a lot of damage, it potentially could take a lot longer to repair. I think they’ll be well aware of that.”

Despite the added complications involved in running the car and operating during a race weekend, Green said the team are eager to begin the season, almost four months after it was originally due to start.

“I think there is some some trepidation about going into it and trying to work out what that actually means. But we’re a race team, we go racing and it’s what people want to do. They want to go racing and if it means being locked up in a hotel for days on end to get to do it, they’re more than happy to do it.

“They see this is what we have to do this season but it’s not permanent. This is not going to be a permanent solution. They see it as a short term: ‘we can do this’ – we work together as a team and if we support each other we can do this.”