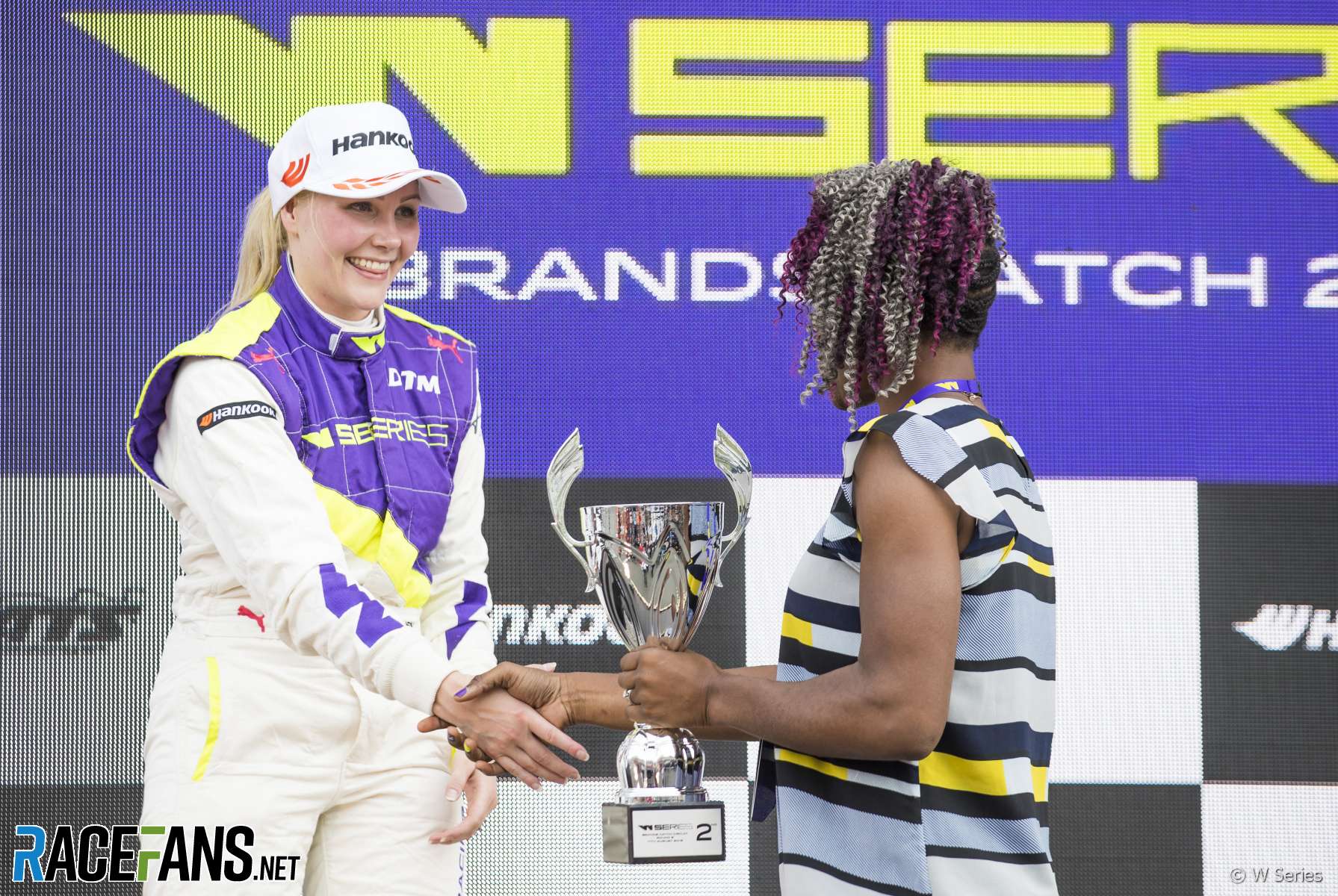 W Series’ second season has become the latest victim of the pandemic. The all-female championship has announced it will not hold any races in 2020.

It was due to begin in Russia last weekend and finish in Mexico on October 31st, supporting several DTM races and two Formula 1 rounds.

The series organisers announced the cancellation of their 2020 programme on Thursday. However they also confirmed plans to hold Formula 1 support races at the United States and Mexican Grand Prix in 2021.

“After the resounding success of W Series’ debut season in 2019, our decision not to stage on-track races until 2021 is not one that has been taken lightly,” she said.

“However, now that we have taken the very difficult but ultimately unavoidable decision to end any uncertainty surrounding our 2020 plans, we will focus our energies clearly on 2021, when we will resume our on-track racing programme, bigger and better than ever before.”

Formula 1’s managing director of motorsport Ross Brawn said it was a “big disappointment for all of us” that W Series would not be able to support this year’s championship.

“W Series has had an incredible impact on the world of motorsport, and we were excited to have them join our schedule this year,” he said.