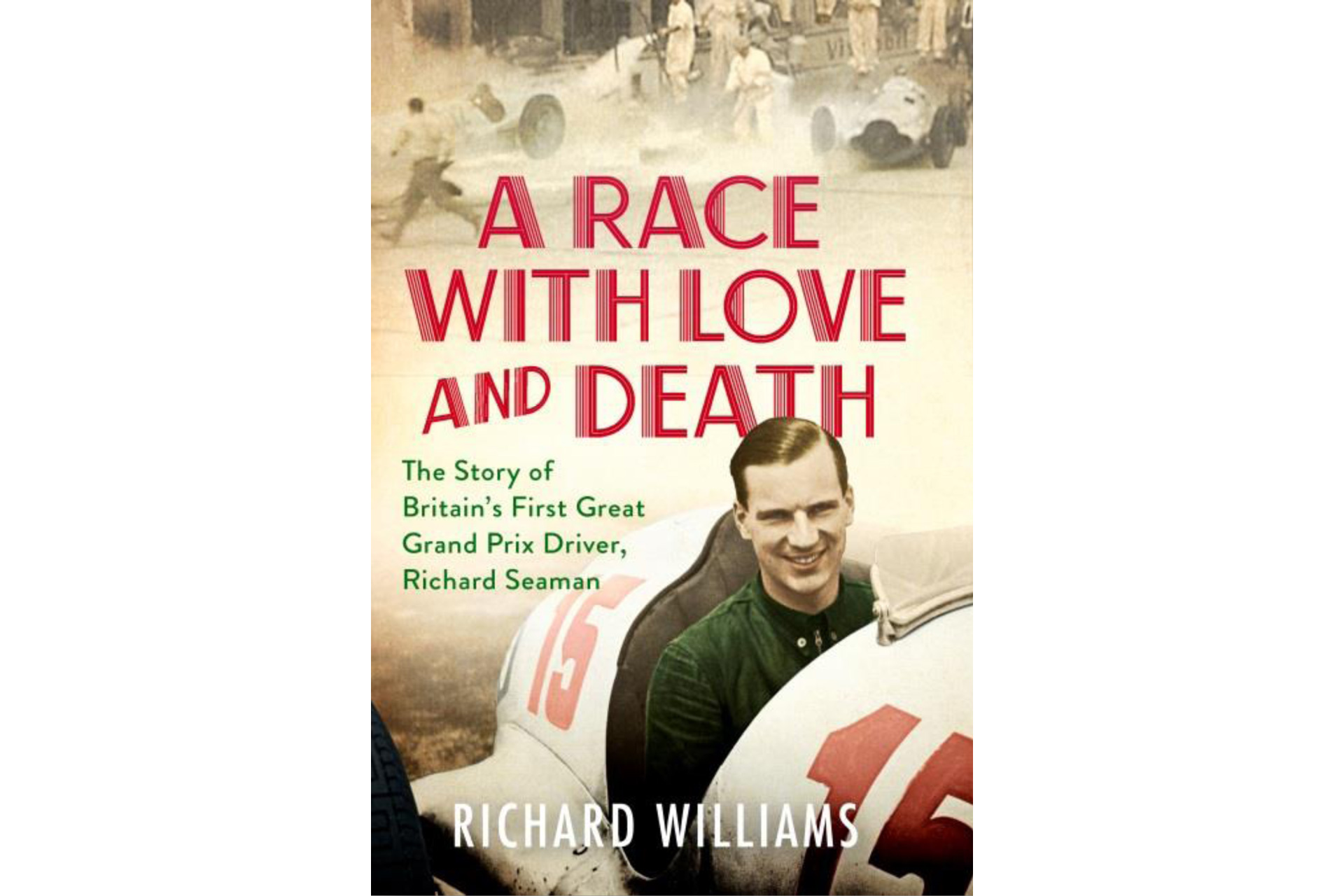 For the best part of thirty years Richard Williams has carved out a niche at the more literary end of the motorsport prose world – The Death of Ayrton Senna, Racers and The Last Road Race all serving to enhance bookcase credibility.

The hotly anticipated ‘A Race With Love and Death’ chronicles the life and times of pre-war Grand Prix racer Richard Seaman, who was the sole British works driver for the Mercedes Grand Prix team in the late thirties. There is of course far more to Seaman’s life than this – his relationship with his mother is central to the narrative – and Williams also superbly captures his life of privilege.

Although motor racing is pivotal, you’d need to look elsewhere for a full primer on the motor racing scene of the period. At times I found accounts of Seaman’s early career disorienting, as the significance of various races wasn’t always immediately clear. That said some of the nuggets about the ERA team and the characters floating around the scene are fascinating.

The narrative really shifts gear as Seaman moves to Mercedes and the racing years from 1937 onwards are superbly documented.

As you’d expect ‘A Race…’ is exhaustively and meticulously researched, going into extensive detail about the likes of Seaman’s fathers will, his school days and family background. Likewise his adult friendships and relationships are well detailed (sources have been extremely well mined), although given the writing styles of the time Williams had an unenviable task in trying discern what Seaman was really like, and his inner thoughts.

The latter are particularly significant as history has entwined Seaman as a symbol of the Nazi regime, racing for Mercedes, winning the German Grand Prix in 1938 and giving a (very obviously half-hearted) salute on the podium. Given his death at Spa in 1939, Seaman has never had the right of reply, although Williams’s position is clearly sympathetic.

There are some disappointments too, the illustrations though well chosen are not brilliantly laid out (there is a strong argument for the Spa hairpin photo to have a page of its own). I would also have liked to have seen the ‘Picture Post’ images from that Spa weekend reprinted in full (as they have been elsewhere), given their uniqueness, poignancy and the fact that books about Richard Seaman don’t arrive every day.

One of William’s toughest tasks is to evaluate Seaman’s level as a driver, which is done well without overreaching – you get the sense that he wasn’t quite a match for the very best of the era, more a David Coulthard than Lewis Hamilton.

‘A Race…’ is surely going to appear on numerous ‘Books of 2020’ lists later in the year. It is a comprehensive, meticulous and well written account of an under-reported subject, making an excellent summer evening read.

Buy A Race with Love and Death: The Story of Richard Seaman

A Race With Love and Death