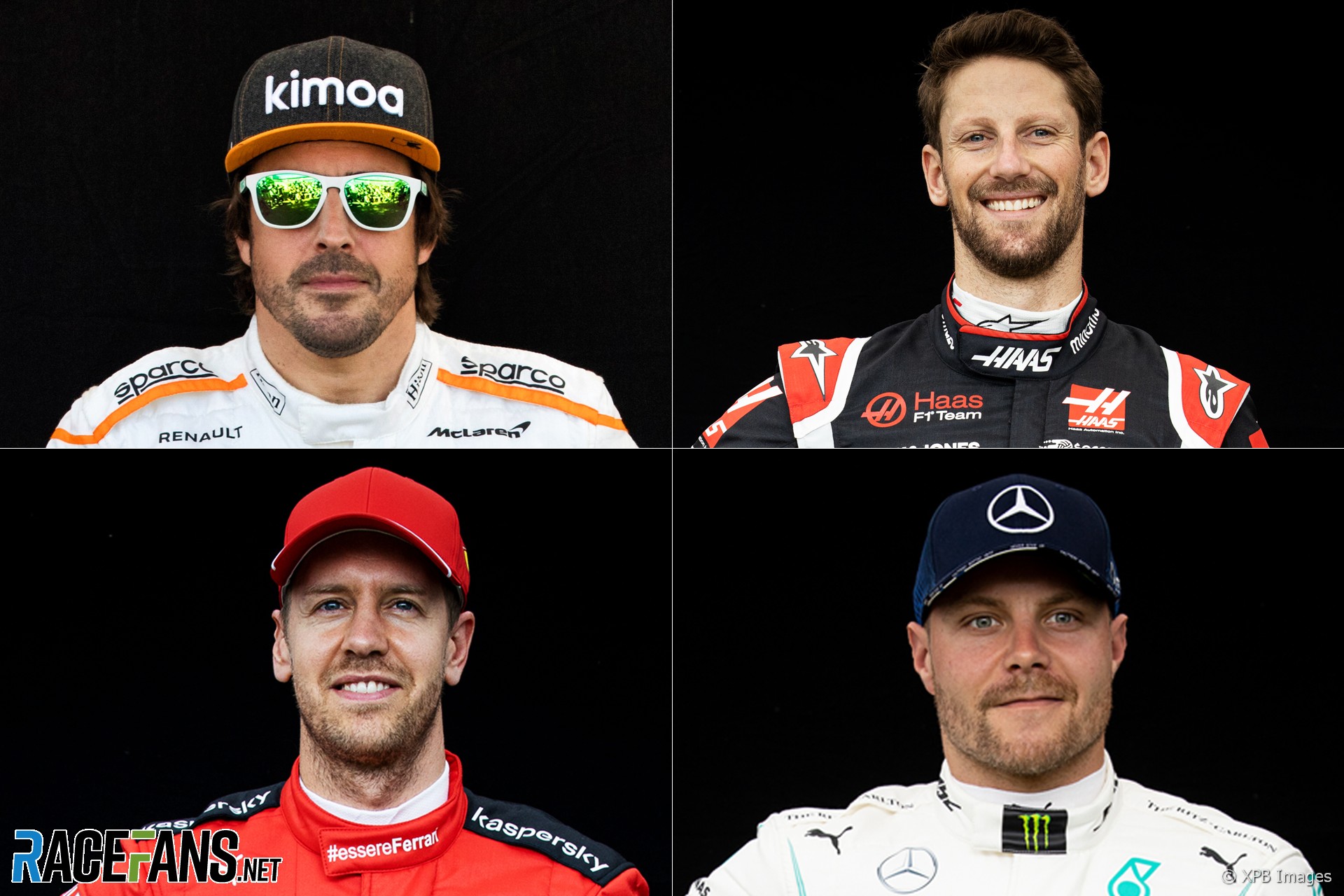 Renault are giving themselves time to decide who should take the seat Daniel Ricciardo has left vacant for the 2021 F1 season.

That year has long been the focal point of Renault’s gradual rebuilding programme since it returned to F1 four years ago. That has been disrupted not only by the abrupt departure of Ricciardo, but also the sport’s decision to postpone new technical regulations to 2022.

The team therefore finds itself in something of a quandary as to who to appoint. Does it need a one-year seat-filler? An A-list racer who can spend a year acclimatising to the team to ensure they’re ready to hit the ground running in 2022? Or are Renault thinking something quite different entirely?

Here are some of the options they might consider as candidates for Ricciardo’s seat.

As covered previously, Vettel’s options look thin among the ‘big three’ teams who might immediately hand him a race-winning, title-contending car. His best options might therefore be an upcoming manufacturer, and if not Aston Martin, then Renault might fit the bill very well.

Vettel won all four of his world championships with Renault power and was often quick to praise them, particularly for their development of the exhaust-blowing technology which was key to the competitiveness of the late V8 era Red Bulls.

At 32 years old, Vettel is at a career crossroads, with potentially one last opportunity to go into a team and build it around him. However taking a seat another driver decided wasn’t good enough for them will require swallowing a bit of pride.

Having won two world championships, both with Renault, the attraction of Fernando Alonso is obvious. He is also a formidable competitor and hungry for a chance to prove himself again in Formula 1 – he always left a door open for a return during his stint in the World Endurance Championship for Toyota.

He will spare no one’s blushes in his pursuit of a more competitive car (“GP2 engine!”), but if Renault is serious about become title contenders, a dose of Alonso’s uncompromising toughness may be just the medicine they need.

The idea that Valtteri Bottas would voluntarily jump ship from the world champions seems more than a little far-fetched. His name has been bandied about owing to reports his manager Didier Coton has been in contact with Renault as well as Red Bull.

Unless Mercedes is seriously entertaining the thought of bringing Vettel in alongside Lewis Hamilton – which also seems unlikely – it’s doubtful the chatter around him amounts to much more than Coton doing the usual rounds of the driver market as he prepares to ink a new deal with the Silver Arrows.

An obvious and straightforward option would be to bring back the driver they dropped at the end of last season. The parting between Nico Hulkenberg and Renault seemed fairly amicable – much more so than Ricciardo’s departure, which managing director Cyril Abiteboul issued a prickly acknowledgement of.

It’s hard to imagine Hulkenberg getting a better offer given the current driver market situation, but a reunion would scream ‘marriage of convenience’.

A left-field choice. Raikkonen will be 41 by the end of the season and out of contract at Alfa Romeo. But he clearly still enjoys his racing and gelled well with the Enstone team when he returned to F1 with them eight years ago.

Has the enforced hiatus given Raikkonen a taste for a life at home, or an opportunity to recharge his batteries and an appetite to carrying on racing further into his forties? If it’s the latter, Raikkonen could be an attractive choice for Renault.

Grosjean got his first two F1 breaks with Renault, stuck with the team during its increasingly difficult incarnation as Lotus, but moved on when the manufacturer returned at the beginning of 2016. Although he’s taken some excellent results at Haas, especially in those giant-killing early seasons, a couple of messy years have seen his reputation take a hit.

What Robert Kubica might have accomplished at Renault in 2011 had it not been for the appalling injuries he suffered in a rally crash that year remains one of F1’s great ‘what if’ questions.

Renault aided Kubica’s return to F1, giving him a test drive in one of their cars in 2017. He endured a tough season at Williams last year, but landed a reserve driver role at Alfa Romeo for this season.

Who should Renault hire to partner Esteban Ocon in 2021? Do they intend to stay in Formula 1? Have your say in the comments.

32 comments on “Alonso? Vettel? Bottas? Who should Renault hire as Ricciardo’s replacement?”