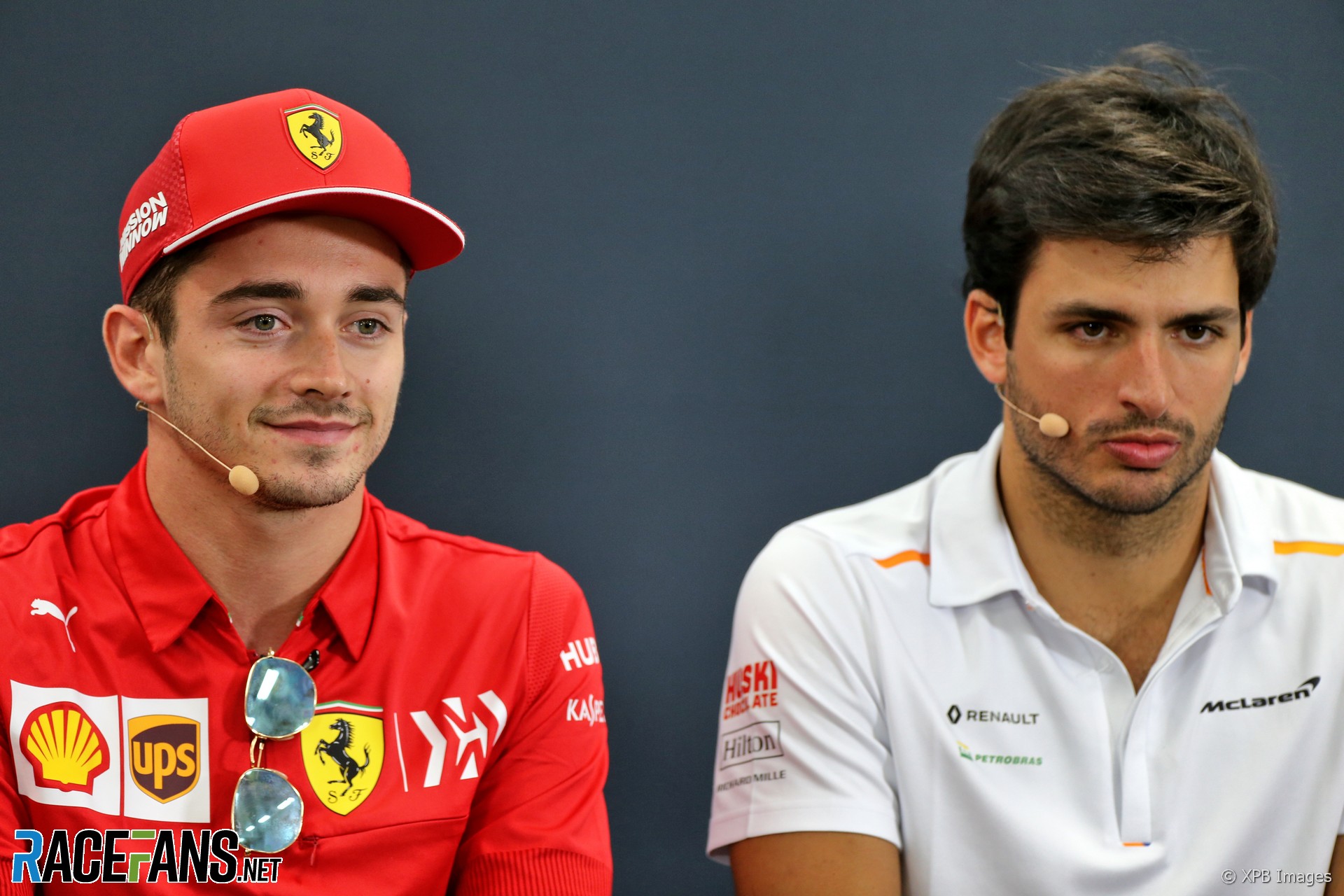 As Formula 1’s most historic team and regular contenders for championship honours, Ferrari have tended to favour experience over youth.

The signing of Charles Leclerc last year marked a major change in that philosophy and it appeared to pay off. Leclerc out-scored four-times world champion team mate Sebastian Vettel.

Now Vettel is on his way out of the team and Ferrari has confirmed his place will be taken by another new young charge – though not quite as young as Leclerc. So, will their 2021 F1 season pairing of Leclerc and Carlos Sainz Jnr, aged 23 and 26 respectively, be the youngest the team has ever started a season with?

This is a tricky question to answer – tug any thread and it starts to unravel. Ferrari raced in F1 long before two-car teams were fixed, so they haven’t always raced drivers in pairs.

At the other extreme, on some occasions Ferrari didn’t show up for the season-opening race. This happened the year the world championship began and again in 1967.

What we can say definitively is that Ferrari have never started an F1 season with a younger two-driver line-up than Sainz and Leclerc. However they have shown up to the first race of a season with two drivers who were younger on average.

In 1962, when the season began at Zandvoort, Ferrari’s squad included 20-year-old Ricardo Rodriguez and 27-year-old Giancarlo Baghetti. The average age of the whole Ferrari team at that race was higher, however, as Rodriguez and Baghetti were two members of a three-strong squad which also included 35-year-old world champion Phil Hill.

Leclerc and Sainz may well be among Ferrari’s least successful driver pairings of all times when they begin their partnership. However it remains to be seen whether they will add to their combined tally of two race wins once the postponed 2020 F1 season gets going.

In a similar vein, unless Vettel wins this year’s title, he will become the latest multiple champion to join Ferrari and fail to win a title with them. Of the sport’s 16 multiple champions, five went to Ferrari with more than one title to their name, but only Juan Manuel Fangio and Michael Schumacher won further titles at the Scuderia.

If Vettel doesn’t find a place on the F1 grid for next year, the sport will be without a German driver for the first time since the 1991 British Grand Prix.

Sainz is the first McLaren driver to move to Ferrari since Kimi Raikkonen in 2007. That was also the last year the team did not have a previous champion in its line-up, though Raikkonen went on to win that year’s title.

The last time Ferrari fielded two drivers who never won a world championship at any point in their careers was when Mika Salo substituted for Schumacher alongside Eddie Irvine for six races in 1999.

Sainz will also be the first Ferrari driver to carry the number 55. His move has created a vacancy at McLaren which will be filled by Daniel Ricciardo.

The arrival of Ricciardo’s number three will fit neatly alongside Lando Norris’s number four. The last time two McLarens bore those numbers was also the last time the team won a race: Jenson Button’s triumph in the 2012 Brazilian Grand Prix.

12 comments on “Will Leclerc and Sainz be Ferrari’s youngest driver pairing ever?”