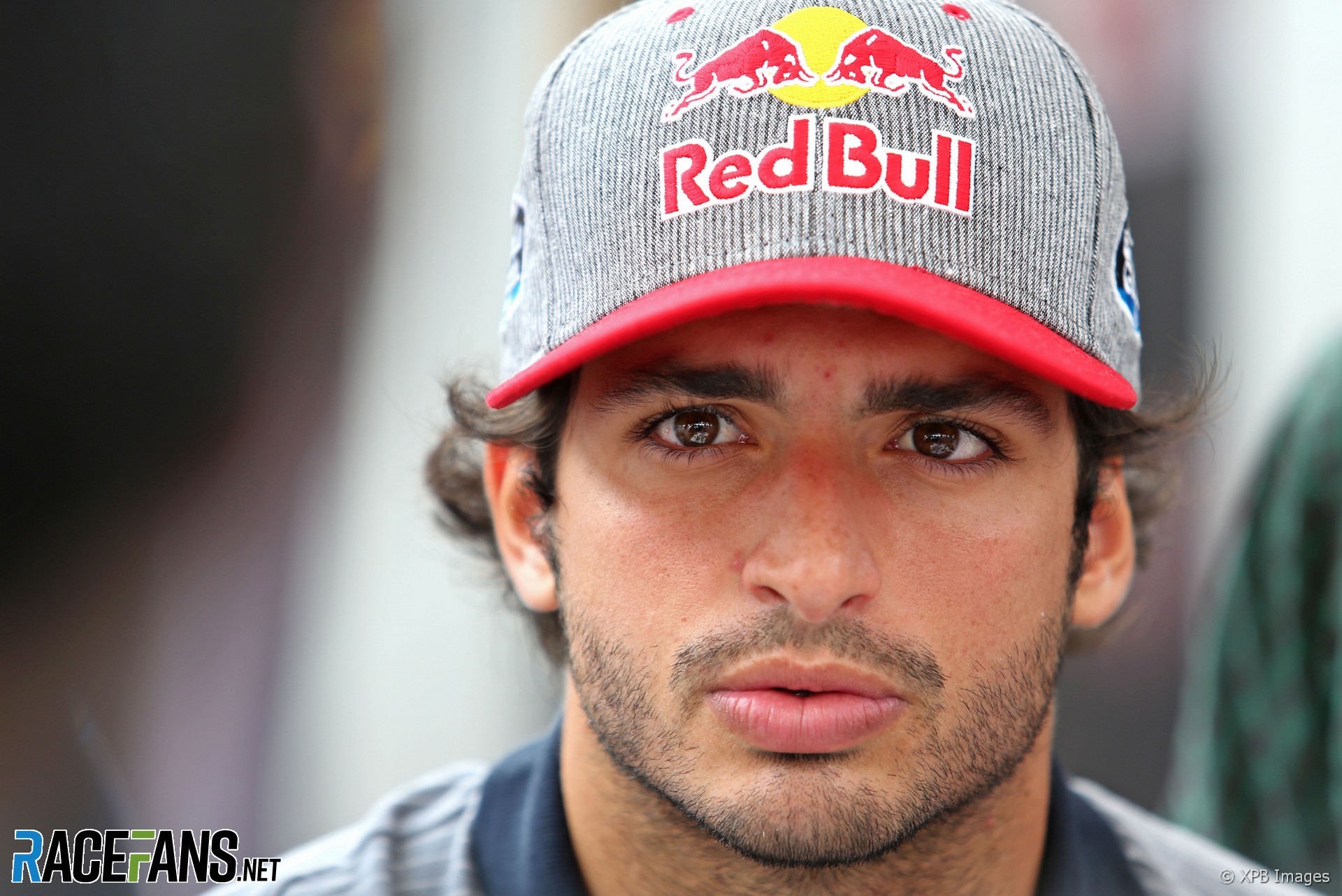 It was always hard to shake off the impression that Red Bull didn’t quite take Carlos Sainz Jnr seriously enough during his spell in their Junior Team.

Back in 2014 the Red Bull-backed Sainz was on his way to an emphatic victory in Formula Renault 3.5, a championship arguably on a par with GP2 (now Formula 2) at the time. Yet Red Bull initially passed him over for promotion to Toro Rosso after plucking Max Verstappen out of Formula 3.

It was only when Sebastian Vettel shocked Red Bull by leaving the team later that year that an opportunity opened up for Sainz to make his F1 debut. Daniil Kvyat was promoted from Toro Rosso, leaving a vacant spot alongside Verstappen which Sainz slotted into.

Verstappen scored the majority of points between the two Toro Rosso rookies in 2015 but Sainz suffered greater losses from the car’s poor reliability. They were only team mates for four more races at the beginning of 2016 before Verstappen was promoted to Red Bull.

While none would argue Verstappen has failed to justify Red Bull’s faith in him, perhaps they should have looked a little more closely at the guy he left behind. After all when Sainz was reunited with the considerably more experienced Daniil Kvyat, the outcome was extremely one-sided. Sainz out-scored Kvyat by 90 points to eight over their year-and-a-half together.

There were outward signs of friction between the Sainz and Red Bull camps. In mid-2017 he remarked he was “unlikely” to spend a fourth consecutive season at Toro Rosso – a reasonable observation, given that no one ever had – and was slapped down for it.

“This is not a decision for Carlos Sainz,” said Toro Rosso team principal Franz Tost. “He has a Red Bull contract and Red Bull decides what they will do in the future.” Sainz left Toro Rosso before the end of the year, loaned out to Renault.

By mid-2018 Red Bull again found themselves in need of a driver to partner Verstappen. Surely this would be Sainz’s chance to gain a place at the top team?

But instead of recalling him back from Renault, Pierre Gasly was promoted on the basis of a promising half-season at Toro Rosso. It’s a decision which does not look good in retrospect: Gasly was sent back to Toro Rosso halfway through last year.

In the meantime Sainz split from Red Bull, joined McLaren and thrived. He was the star of the midfield last year, scored McLaren’s first podium for five seasons and finished as the top driver outside the ‘big three’ teams. With, it should be noted, more points than Gasly and his successor Alexander Albon achieved during their combined stints at Red Bull.

Now, Red Bull’s loss is Ferrari’s gain. And once again Sainz has Vettel to thank. His departure from Red Bull set in motion Sainz’s promotion to F1, and now Sainz will take his seat at Ferrari.

Which will give him the chance to demonstrate to Red Bull why they should have paid more attention to him.