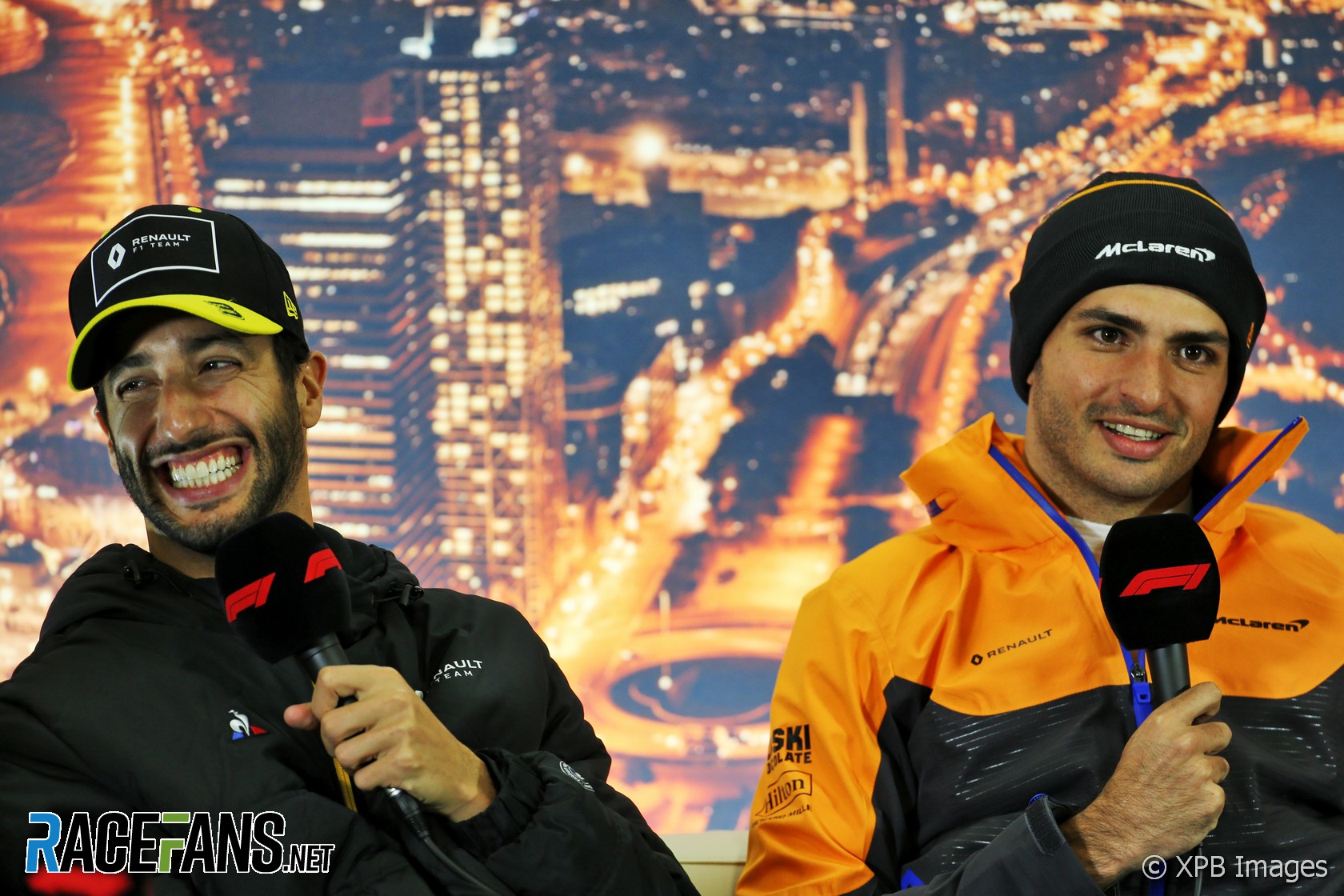 Carlos Sainz Jnr has emerged as the front-runner to replace Sebastian Vettel at Ferrari, RaceFans understands.

The 25-year-old’s departure from McLaren will create a vacancy at the team alongside Lando Norris. This is expected to be taken by Daniel Ricciardo, whose two-year deal to drive for Renault expires at the end of this year.

Announcements confirming the developments are expected within a matter of days.

The moves in the driver market for 2021 were prompted by Ferrari’s announcement that Sebastian Vettel will leave at the end of the season. Vettel, who is in his sixth season at Ferrari, has not confirmed his plans for next year.

Sainz will take Vettel’s place alongside Charles Leclerc, who signed a long-term deal with Ferrari in December, handing him a precious chance to drive for one of the three F1 teams which have won every race in the past six seasons.

He made his F1 debut with Toro Rosso in 2015 as a member of the Red Bull Junior Team. However Sainz was passed over promotion to Red Bull’s F1 team and split from them after a year on loan to Renault in 2018. He moved to McLaren, finishing last year sixth in the world championship.

Ricciardo also arrived in F1 with Red Bull, spent five years with their main team and won seven races. He left at the end of 2018 to join Renault, taking Sainz’s place, but a disappointing season saw the team slip from fourth to fifth in the constructors’ championship.