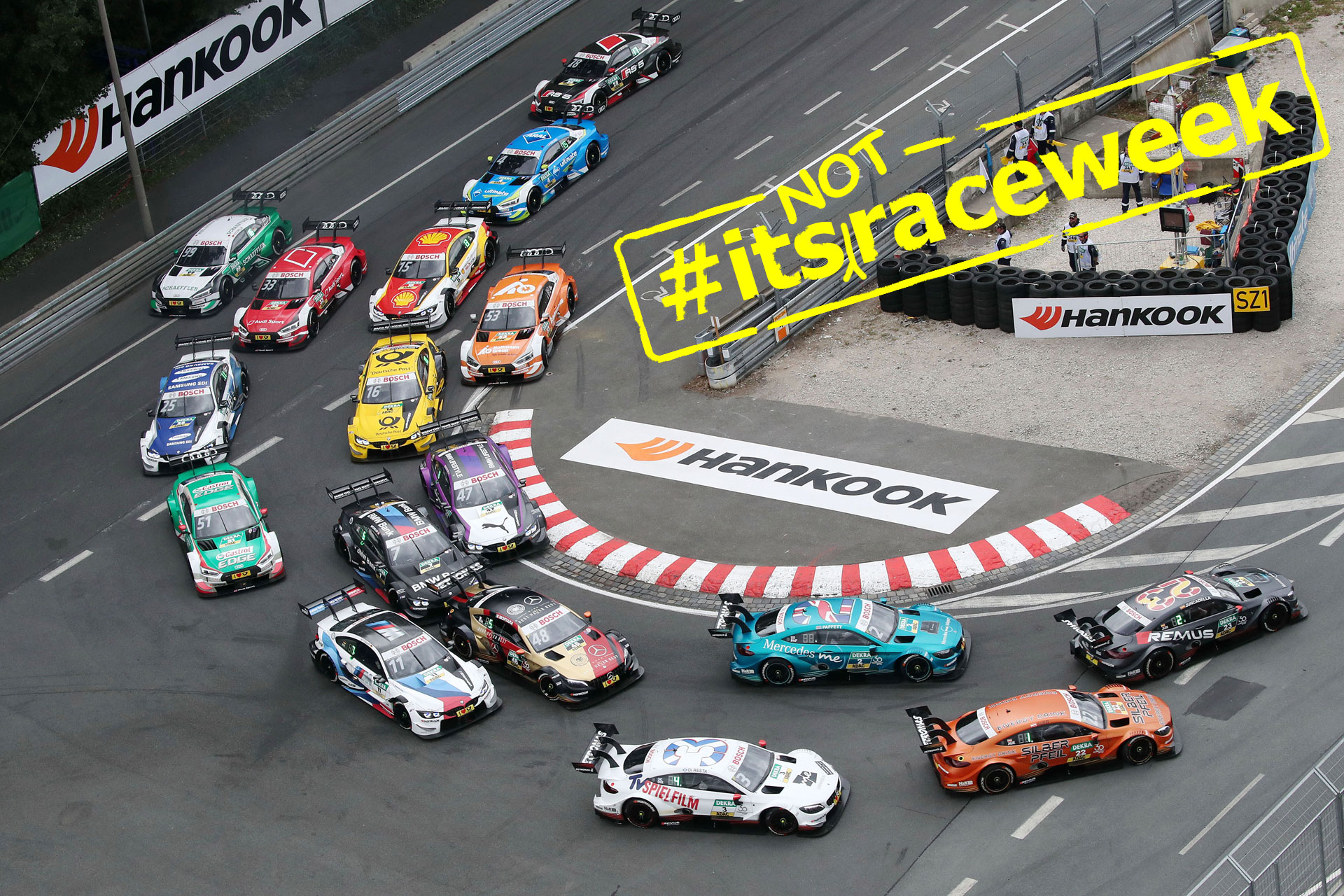 It’s not race week* but here’s another classic encounter from the motorsport video archives for you to enjoy.

The Norisring may be a simple circuit of only four corners but its compact nature is exactly why it regularly produces highly entertaining races which bring the thousands of fans which occupy the Steintribune to their feet. This venue was once the site of Nazi party rallies, but today is being put to a worthwhile purpose.

The 2017 season saw Mercedes, Audi and BMW dicing for honours. All three marques were involved in this pulsating encounter around the Nuremburg course which produced great racing throughout and a memorable finish.

Highlighting how close the competition was, Tom Blomqvist put his BMW on pole position for the race a mere four thousandths of a second ahead of Mercedes’ Robert Wickens, with Nico Muller less than four hundredths of a second behind in his Audi. They were followed by Bruno Spengler, points leader Mattias Ekstrom and Lucas Auer – the top six covered by less than a tenth of a second over a 47-second lap.

The race is definitely worth an hour of your time. Enjoy it in full below.

*Except for NASCAR – more on that here