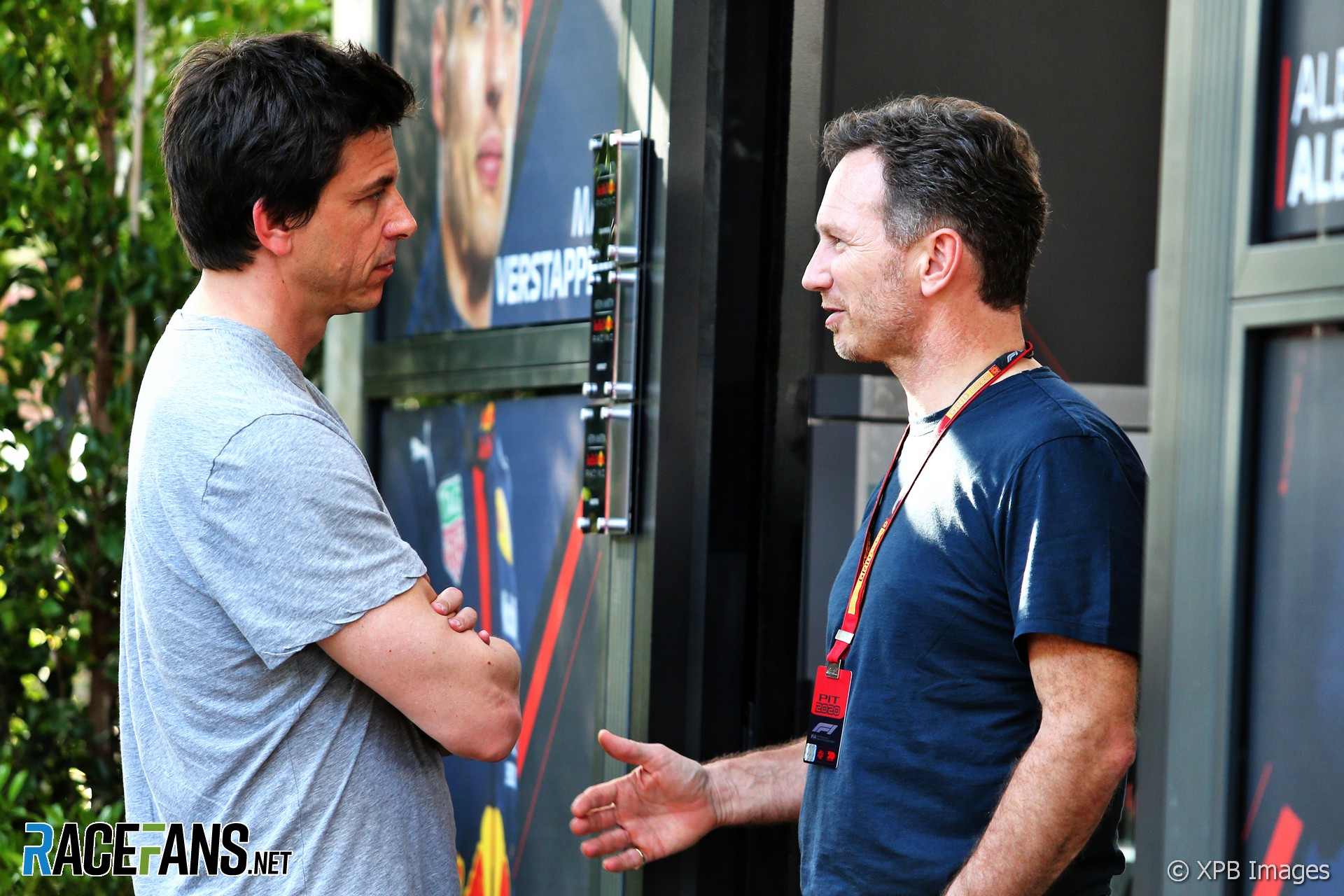 In a column for Red Bull’s website, Horner said Mercedes’ decision not to race or supply engines to its customer teams tipped the balance and led to the weekend being called off in the morning before practice was due to begin.

McLaren withdrew its team from the race after the positive test result on the day before practice was due to begin.

“At the time, it all felt rather knee-jerk, certainly without knowing all the facts as this was one positive case from thousands of people working in the paddock,” said Horner.

At the time, Horner was in favour of continuing with the race weekend. “I suggested, as many of us did, that we should run on Friday as planned and re-assess the situation on a regular basis.

“If people showed symptoms then they would be tested, because they were turning them around pretty quickly, and if there were any further cases then we would make the decision on whether we should continue, but at least we would have started the event.”

Despite Lewis Hamilton strongly criticising efforts to go ahead with the race even before McLaren’s positive test, Mercedes were initially among those in favour of continuing.

With the teams split over whether to hold the race, F1 motorsport director Ross Brawn called FIA president Jean Todt. According to Horner, “Todt… said he would go with the majority, so it was down to Ross as he had the final vote.

“He said he agreed with my suggestion, to do further tests and evaluate the situation in 24 hours, and he also wanted to get the event rolling.”

However the group who wanted to go ahead with the race quickly lost their narrow majority.

“Soon after the meeting had ended, I had a telephone call from Ross at around 3am, who said we had a bit of a problem because Mercedes had changed their position,” said Horner. “It also meant they would not supply engines to their customers.

“It turned the situation on its head and the eventual outcome changed. As a result, there was little choice for F1 but to cancel the event.”

Horner also used his column to again criticise calls to lower F1’s budget cap and argue for the introduction of customer cars.